"no other character death has EVER hit like this EVER."

Spoilers ahead for “Stranger Things 4” Volume 2.

While many “Stranger Things” fans likely braced themselves for the possibility that several characters wouldn’t make it out of Season 4 Volume 2 alive, it doesn’t make a character’s ultimate death any less heartbreaking — especially if they are a fan favorite like Eddie Munson.

Following Friday’s release of “Stranger Things 4” Vol. 2 of the Netflix series, which broke the Nielsen streaming record, fans flocked to Twitter to react to the epic finale, with many — and we mean many — social media users mourning Eddie’s devastating and emotional death. 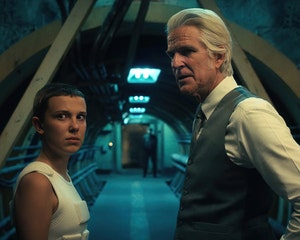 In the second part of Season 4 — which is made up of Episode 7 “Papa” and Episode 8 “The Piggyback” — a total of four characters died, including Dr. Martin Brenner (Matthew Modine), Jason Carver (Mason Dye) and Max Mayfield (Sadie Sink), who technically died as her heart stopped after Vecna/Henry Creel/One (Jamie Campbell Bower) killed her. However, Eleven (Millie Bobby Brown) brought her back to life, but Max fell into a coma. Although she was left with several broken bones, appeared to have lost her eyesight and possibly became paralyzed, Max is still alive … unlike Eddie Munson (Joseph Quinn).

But he died the ultimate hero.

In the Season 4 finale, the crew in the Upside Down — including Eddie, Dustin (Gaten Matarazzo), Steve Harrington (Joe Keery), Nancy Wheeler (Natalia Dyer) and Robin Buckley (Maya Hawke) — attempted to carry out their plan to kill Vecna. As Steve, Nancy and Robin headed to the Creel House, Eddie and Dustin were tasked with luring the demobats away from them.

They first appeared to succeed after Eddie performed “the most metal concert in the history of the world,” playing Metallica’s “Master of Puppets” on his guitar on the top of his trailer. However, after the demobats began to come through the vents of the trailer, Eddie and Dustin ran toward the rope to head back into Hawkins. Dustin went through and Eddie began to, before he decided to stay behind to buy everyone else more time. He cut the rope, leaving Dustin distraught as he realized what Eddie had done.

Eddie got on a bike and continued to lure the demobats away, before they attacked him and he fell off the bike. Eddie started to run away — and then had flashbacks to when he “ran away” in the past. And this time, Eddie didn’t run. He faced the demobats alone, and they began to swarm him.

Meanwhile, Dustin ultimately jumped up back into the Upside Down. After Vecna was seemingly destroyed and all of the demobats were killed, Dustin ran to Eddie, who had attempted to fight off the creatures. However, sadly, Eddie lost his fight. Before he died in Dustin’s arms, Eddie and Dustin had a brief, yet emotional heart-to-heart. With Dustin in tears, Eddie said, “I didn’t run away this time, right?” He told Dustin to “look after those little sheep” in the Hellfire Club for him, saying he was “actually going to graduate.” If the moment wasn’t heartbreaking enough, Eddie’s last words were: “I love you, man.”

And fans absolutely lost it over Eddie’s death on Twitter, with many social media users sharing their sadness that although we know he died a hero, Eddie was never able to prove his innocence in Hawkins after being accused of the murders and would no longer be given the opportunity to finally graduate high school. 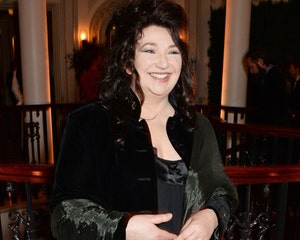 Kate Bush 'Overwhelmed' by Stranger Things Fans Pushing 1985's 'Running Up That Hill' to No. 1

“no other character death has EVER hit like this EVER. gaten and joes performances here had me in pain sobbing. eddie you are such a special, beautiful character,” a fan tweeted. “i will hold the biggest place in my heart for you.”

“eddie munson, our hero who deserved to graduate,” a user wrote.

“the fact that Eddie did nothing wrong, tried saving Chrissy, risked his life to save his friends, and ended up dying in the end, yet all of Hawkins celebrated his death, breaks me. A heroic character that had so much potential, and was so powerful,” a fan said, while another added, “you mean, eddie munson died without proving his innocence and the people of hawkins still see him as a murderer and not a hero??? my man deserves better.”

Meanwhile, other fans pointed out a rather cruel trend the show has followed, which foreshadowed Eddie’s death. Each season thus far, the show has introduced a new character, often a fan favorite, who ultimately got killed off in the same season: Barb, Bob, Dr. Alexei and Eddie.

“It’s the way stranger things gets us attached to characters like Eddie and Alexei only for them to die the same season they were introduced,” a person wrote. “what kind of torture method is this??”

See how more fans reacted to Eddie’s death in the tweets, below.

All episodes of “Stranger Things 4” are streaming now on Netflix. 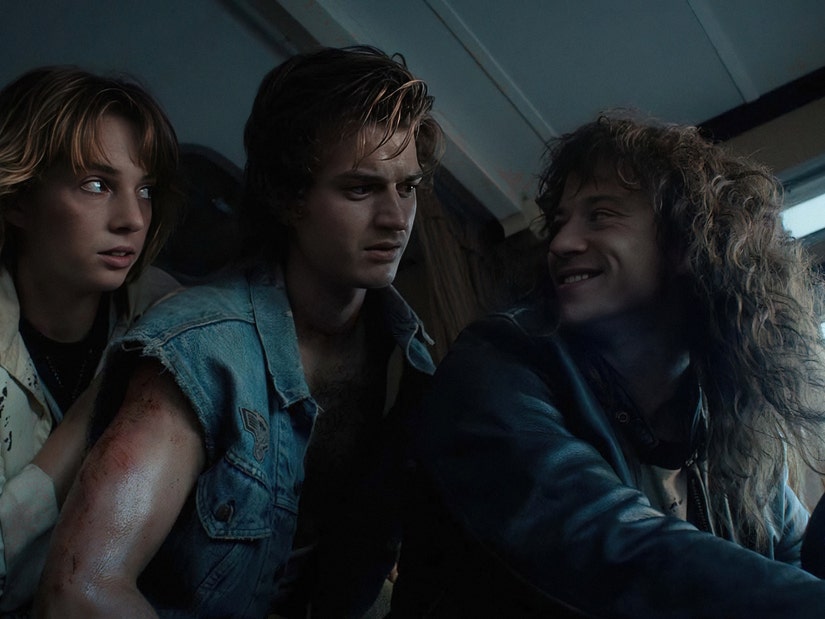 Tom Holland, Andrew Garfield, and Tobey Maguire 'Had a Little Cuddle' in Their Spider-Man Suits

Kate Middleton shock: Royal breaks protocol – can you see how Duchess has changed?