A student has claimed she was sacked from her job because she couldn’t afford to buy shoes that met her manager’s approval.

Posting on Twitter, Heidi Henders, 24, originally from Liverpool, claimed she’d already spent £30 on clothes to wear for her minimum wage job as a waitress at Heavenly Desserts in Stratford, before being told that her black pumps were not appropriate.

The Goldsmiths University student, who had started her job at the Stratford branch three weeks earlier, said she hadn’t been given a contract but was told during her interview to wear black shoes.

She told Metro.co.uk, that a manager pulled her up for wearing trainers, and suggested she buy shoes from Clarks, costing around £60, that are both comfortable and smart.

When Heidi was unable to afford to buy other shoes, she was let go at the end of her shift on Father’s Day for failing to comply with uniform policy. 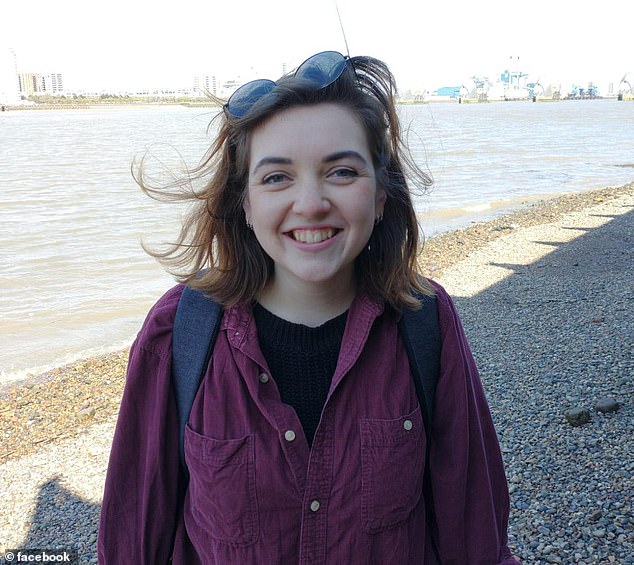 Heidi Henders, 24, (pictured) from Liverpool, claims she was fired from Heavenly Desserts in Stratford, because she could not afford new shoes

Heidi said that the problem first arose when a manager told employees in a WhatsApp message that their wages would be docked if they didn’t wear appropriate clothing and footwear.

She had a conversation with her manager explaining that she could not afford to purchase new shoes and asked if the situation could be escalated to the head office.

With a salary of £8.91 per hour, it would take her approximately six and a half hours to make the £60 it would cost her to buy shoes from Clarks.

However, 24 hours later she was sacked at the end of her shift on Father’s Day for ‘failing to respect the uniform policy’.

Heidi said her employer didn’t explicitly say she had to buy an expensive pair of shoes, however it was implied that they should be purchased in order to be comfortable.

She argues the company should provide the full uniform to ensure staff are both comfortable and on brand.

‘This isn’t really about the shoes. It’s about the disrespect of the workers and the low pay they are on,’ said Heidi, who was relying on the job to pay her living expenses, including rent. 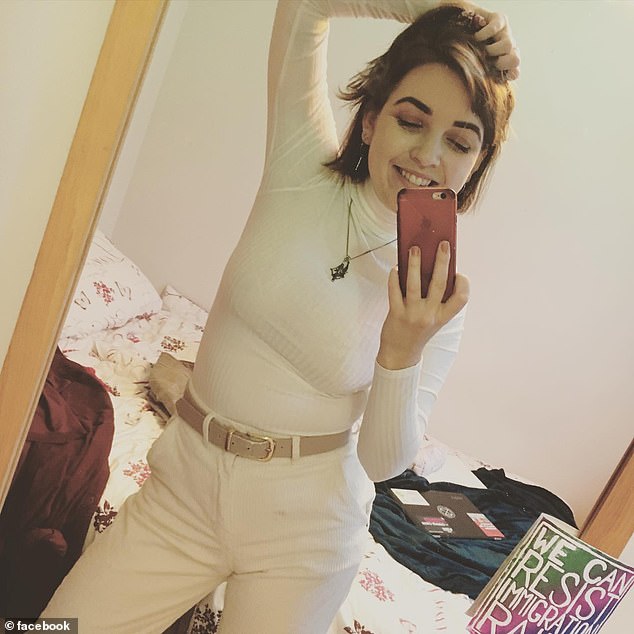 Heidi (pictured), who has been working in the hospitality industry since age 16, said her manager recommended buying shoes from Clarks – where shoes cost an average of £60

Having worked in the hospitality industry since she was 16, she explained that she’s sharing her experience because workers across the entire industry ‘need to unionise’.

Heidi said: ‘There’s unpaid trial shifts, the fact people under 18 are paid less when they are doing the same job across the board. There is this method of scrimping and saving and of hiring young people and treating them worse maybe because they think they won’t speak up.’

Heidi’s post on Twitter has racked up almost 29,000 likes, with many responses claiming they will be boycotting the desserts restaurant.

She told those reading the thread that her manager blocked her on WhatsApp after firing her and hasn’t spoken to her in person. 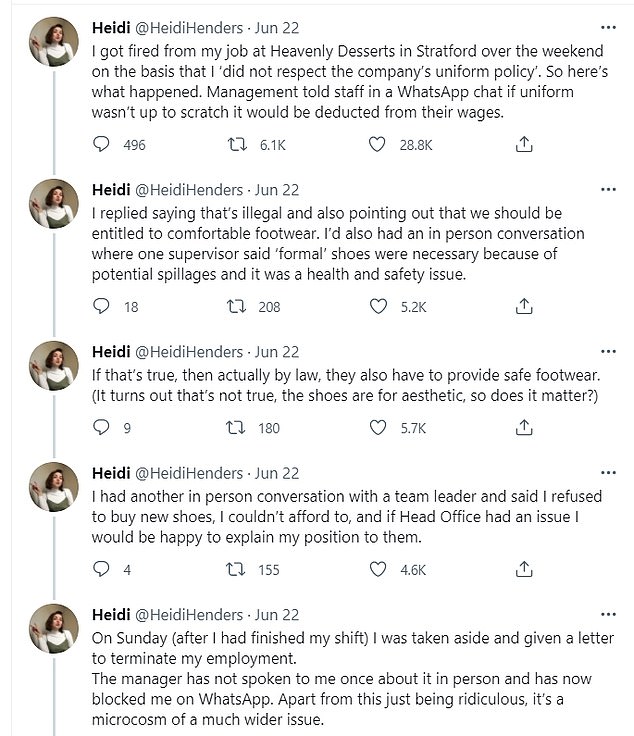 Posting on Twitter, Heidi explained that she had been told ‘formal footwear’ is necessary  because of health and safety issues

One person wrote: ‘This sounds like awful treatment of an employee, particularly after the pandemic. I now know not to go Oxford Heavenly Desserts.’

Another said: ‘The entire hospitality industry is forced to work under zero hour contracts with no rights and no one has a f****** problem with it for some reason. Join a union and write to your MPs, hold a protest/strike. I imagine businesses would bleed if zero hour workers decided to strike.’

‘I totally agree with you – it can be a thankless job. My son gave it his all working for poor financial rewards, long hours, lack of respect from owners & some customers – no credit for all his efforts & commitment to making profits for the owners. He left & couldn’t be happier,’ a third tweeted.

Another added: ‘It’s not right to treat workers as disposable. I hate how often this happens. I hope you find new employment that has good compensation, dignity and respect.’

Heidi’s post has racked up thousands of re-tweets, with some responses claiming they will be boycotting the franchise

In response to the viral tweet, a representative from Heavenly Desserts responded, saying: ‘Thank you for bringing this to our attention and we acknowledge the seriousness of this matter.

‘As a matter of priority, we’d like to investigate this and we ask for you to direct message us as soon as possible.’

In a statement released to Mail Online, a spokesperson said: ‘It is regrettable that following several meetings and clear consultation with a former employee, we made the decision not to continue her employment and failed her probation due to her refusal to comply with our high standards around presentation and uniform by continuing to wear trainers to work.

‘The terms of her employment, including the standards expected in terms of uniform, were clearly communicated at the start of her hire (7th May), discussed on several occasions during work; highlighted through group communication as a further reminder (18th June) and at a formal discussed in person (19th June).

‘The uniform policy deemed trainers not suitable for the work environment both to maintain the quality standards expected from the business, and from a practical purpose whilst working in a food preparation environment. There is no insistence on brand or retailer, however every staff member is asked to wear: “smart black trousers (NO JEANS)/black knee length skirt with black tights, black polishable, non-slip shoes (NO TRAINERS) and name badge.”

‘Despite advice, recommendations, and the offer to help source appropriate footwear, the continued refusal from the individual to comply with our high standards meant it was not possible to continue her employment.

‘As a business, every detail is considered and important in delivering the best possible experience. We are proud of every staff member and value their hard work and dedication to delivering the high standards we aspire to.’

Prince Harry Has a Lot of Princess Diana's Personality While Prince William Is Aligned With Prince Charles, Royal Expert Says