From red carpet to real life…SUSANNA REID: Why DO midlife women like me need to prove we’re still wild? 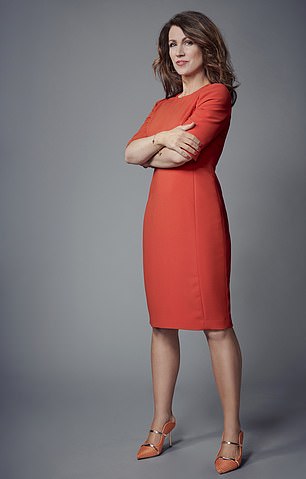 In her latest column, Susanna Reid (pictured) admits she’s nervous about getting an upper ear piercing

OUCH! I may have been through the pain of childbirth three times, but I’m incredibly nervous about having my upper ear pierced.

I wince as a needle that reminds me of an epidural is threaded through the cartilage in my left ear. I catch a brief glimpse of it before it goes in, but can’t look in the mirror as it’s done.

Giuliana, the lovely lady wielding the needle, had told me it would take two seconds. It feels like a painful two minutes — even though I’ve taken painkillers and I’m holding my friend Mel’s hand tightly for support. She has extra piercings herself and is tempted by another as she sits beside me, although she manages to resist.

Whatever possessed me to put myself through this ordeal? My 49th birthday is fast approaching and I wanted to join all those women smashing the stereotype of how a woman should behave and look when she reaches a certain age.

Women of my generation aren’t becoming more conservative as we get older. On the contrary, we’re less concerned about what people think. Sharon Osbourne, Uma Thurman, Kate Moss . . . lots of middle-aged women are rocking multiple piercings.

I could have had an undercut hairstyle like I did when I was 17. And perhaps like Judi Dench, I’ll finally get a tattoo. Carpe diem is inked on her wrist. Seize the day — a motto for us all as we grow up.

But for now, I’m sticking with this quiet form of rebellion — it’s cheaper than a sports car and more publicly acceptable than surgery.

One of the young women who works at Astrid & Miyu, the jewellery store where I’m having the deed done, has ten piercings. But rather than looking like a pirate (the concern expressed by my youngest son when I tell him), she looks professional and stylish.

And she says there’s been a surge in women my age seeking the same look. In fact, her mother, just turned 54, is getting a piercing before Christmas.

The trend, apparently, is to dot tiny gold clasps, hoops, stars and bars across your ears. It’s called the ‘curated ear’ and looks sophisticated while having a thrill of revolution about it.

But the reaction to my small rebellion surprises me. One friend thinks it’s practically cosmetic surgery, while another says it’s like they don’t even know me.

Piers Morgan, who often calls me a ‘girly swot’ and hates my new teetotal lifestyle, believes it’s a green shoot of hope that the ol’ party-loving Susanna still lurks beneath. All this fuss just for one piercing.

My mum, when I tell her, gasps and gives me an alarmed look I haven’t seen since I was a teenager. She remembers when my ears were first pierced. I was 14, and I did it myself. The results were very ‘don’t do this at home kids’. 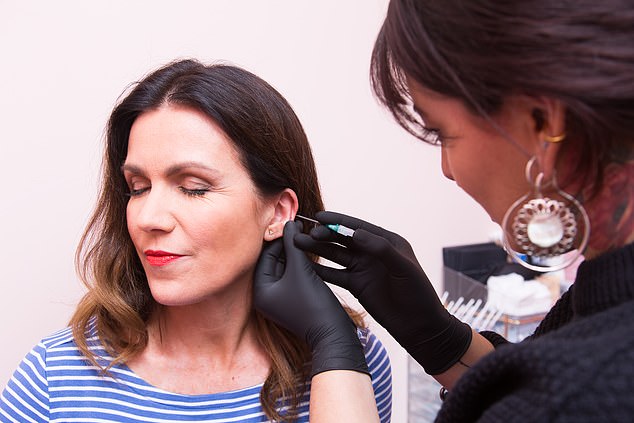 I tackled the left one in an RE class using my friend Vanessa’s gold stud, and the right one a few weeks later at the back of a coach on the school trip to France. You bet they got infected. I was quite rebellious as a teenager — marching against South African apartheid, turning vegetarian, and putting animal rights posters on my classroom walls.

I streaked my hair orange and blue and, at one stage, went rockabilly with a 6in quiff.

Now in midlife, I’m seeking a little of that same spirit. I admire the women with curated ears, and hanker after a silver cuff piercing all the way along the edge. But I’m advised to start with a tiny bar topped with a sparkling gem.

On the way home, my ear throbs. I’m told it will take two months to heal. I can’t brush my hair properly, which is a problem when it’s styled every morning.

I can’t sleep on my left side for days, which makes me glad I didn’t make the mistake of having both ears done at the same time — although I may well go back because I’m so delighted with it.

It adds a subtle extra sparkle to my appearance and feels thrillingly wild, especially at an age when I’m supposed to be sensible. I could get a taste for rebellion. 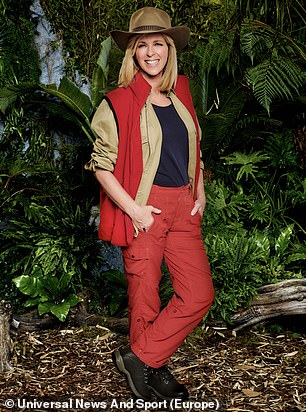 Kate Garraway, above, is taking part in I’m A Celeb

Watch out jungle — Kate Garraway is on her way.

My Good Morning Britain colleague is fearless, and unlike her husband Derek, who can’t stand insects, isn’t fazed by a few bugs.

What will bother her though is not having her phone, or the chocolate that normally gets her through the show.

I discovered she’s armed herself with several bikinis — including one with polka dots!

Well you would if you had to face those pesky waterfall shots, wouldn’t you?

Odds on a win are long at 12/1, but I reckon my pal’s still worth a punt for Queen of the Jungle.

Strictly watch:  Alex is right: My old partner Kevin has all the moves

There are rumours Alex Scott wants to stick with her new dance partner Kevin Clifton rather than reunite with first match Neil Jones now he’s recovered from his injury.

She denies it, but I too have had the pleasure of dancing with Kevin and can’t blame Alex if she’s loath to give him up. 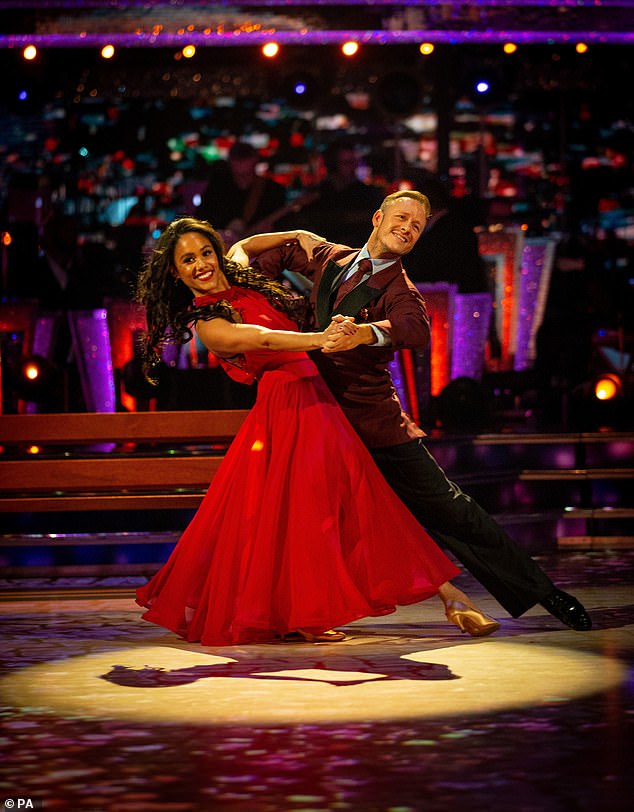 Kevin played a blinder when he learned the Ghostbusters dance in just 45 minutes when Neil hurt his leg. He went on to win Alex her highest score yet. There’s no doubting their chemistry, Judge Motsi even compared her two weeks with Kevin to an ‘affair’. One of the joys of the show is developing a friendship with your pro. Viewers get behind a tight duo — essential in whipping up votes.

So I feel for Alex. As the competition hots up, let’s hope she and Neil can keep their footwork on track.

Tills jingling all the way

I’ve only set foot in Harrods once, as a curious teenager. Back then it seemed a palace of unaffordable luxury.

Actually, crass consumerism is more like it. At the weekend, the store said its Christmas grotto was restricted to customers who had spent at least £2,000.

For that price, a family of four could afford a few days in Lapland and see Santa at home.

Call me a Grinch, but Harrods seems to have misunderstood the spirit of Christmas! 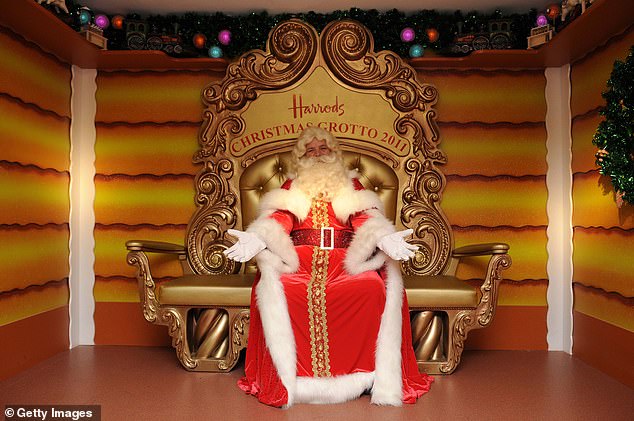 At the weekend, Harrods said its Christmas grotto (pictured in 2011) was restricted to customers who had spent at least £2,000