The heir who BECAME the spare! King of Sweden claims his son Prince Carl Philip, 43, was ‘unfairly’ stripped of right to the throne due to change of succession laws – but he knows Crown Princess Victoria, 45, is committed to the role

The King of Sweden has said he felt it ‘wasn’t fair’ that his daughter was made to heir-to-the-throne when a change in succession laws happened in 1980 – stripping his son of his position as King in waiting.

Crown Princess Victoria was two-years-old when the new law was introduced and updated the natural order of succession by stating that the eldest child, regardless of gender, should inherit the throne.

Up until then, her younger brother Carl Philip, who was seven months old, was meant to become King, because the previous law favoured male heirs.

However he was stripped of his Crown Prince title under the new law and Victoria became the heir apparent.

And in an interview released this week with local news channel SVT, the Swedish King, 76, said he felt it had been unfair to apply the new law to his children after they were already born. 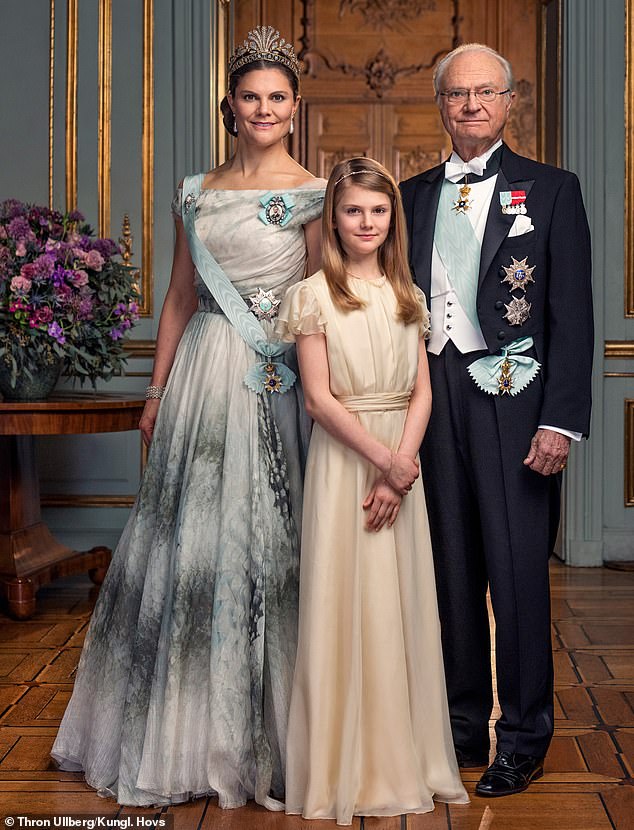 The King of Sweden has said he felt it ‘wasn’t fair’ that his daughter was made to heir-to-the-throne when a change in succession laws happened in 1980 – stripping his son of his position as King in waiting (pictured, Crown Princess Victoria with the King, and her daughter Princess Estelle)

When the King’s first child Victoria was born in 1977, the law of succession meant that if the King had a son, she would be succeeded to the throne.

So when he was born in 1979, Carl Philip became the heir apparent.

However on January 1 1980, a change in the law stated that the first born child should be the heir, regardless of whether they were a boy or a girl.

It was decided that although the King’s children were already born, the law would be applied to them retroactively, placing the future of the Monarchy in Victoria’s hands and stripping Carl of his Crown Prince title. 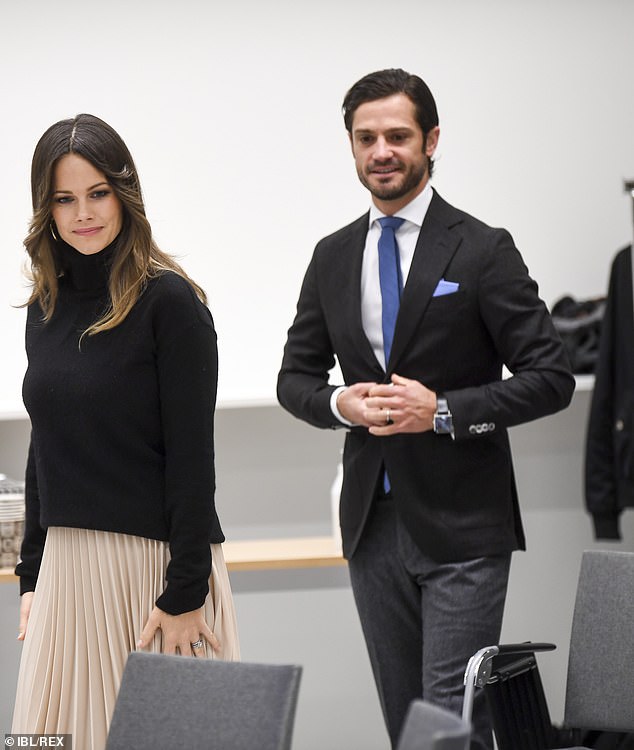 When he was born in 1979, Carl Philip was the heir apparent, being Carl Philip’s second child, but first born son (pictured, with his wife)

Carl Gustaf opposed the decision at the time, and voiced that he still believes the decision to have been unfair in the recent interview.

Carl Gustaf said in the interview, which was recorded in the autumn, that his issue was with the fact that the law had been retroactively applied to Victoria and Carl Philip, when the prince was seven months old.

‘It’s tricky to have laws that work retroactively. It doesn’t seem wise,’ he said.

‘You can accept the next generation – that’s okay. But it was my son who was born, and they got rid of it all,’ he said, adding: ‘It’s quite strange. You can’t do that.’

When the interviewer asked him if it had been unfair to strip his son of his title after he’d already been born, he replied: ‘Yes, I think so.’ 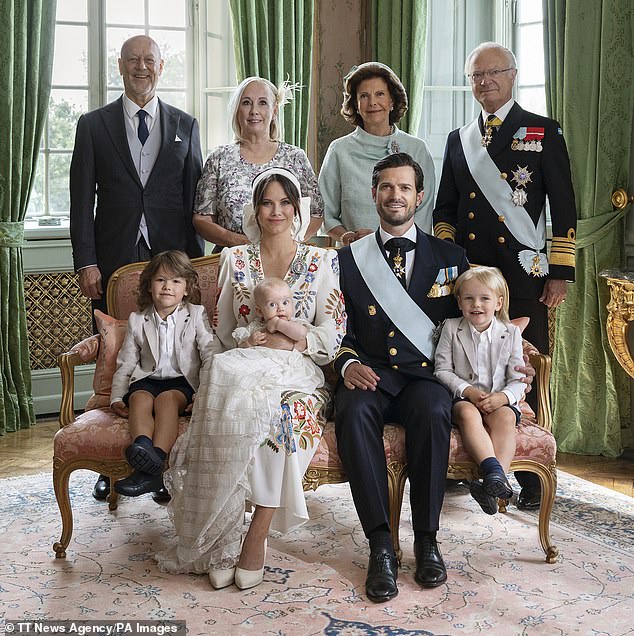 Princess Sofia and her parents, left, and King Carl Gustaf and Queen Sylvia with Prince Carl Philip, with Prince Alexander, left and Prince Gabriel, right, on the day of the Christening of Prince Julian, centre

The interview was recorded in the end of last year, to be broadcast in January, as the King kicked off the year of his Golden Jubilee.

However in a statement released yesterday, the monarch clarified his comments.

He said: ‘During the autumn, on two interview occasions, I received questions about the change in the succession order in 1980 in favour of the first-born child – regardless of gender.

‘I then shared my thoughts about Prince Carl Philip retroactively losing his position as crown prince in connection with the amendment to the constitution. 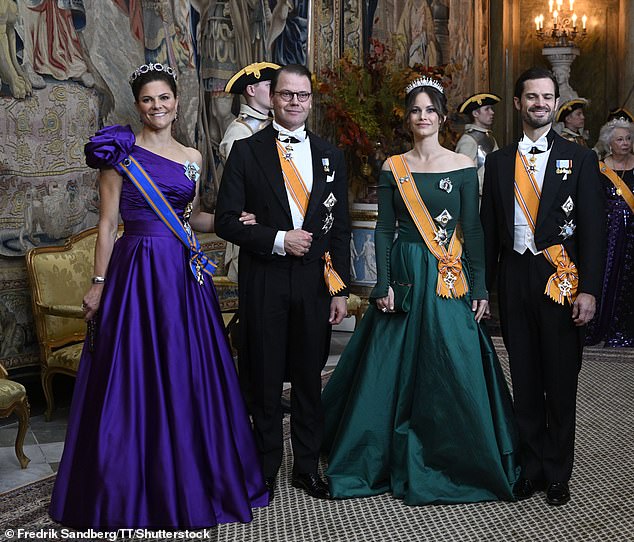 Carl Gustaf went on to say that his daughter, pictured in Stockholm last October with her husband Prince Daniel, Princess Sofia and Prince Carl Philip, is ‘very committed’ to her royal role

‘It has pained me deeply when, in retrospect, I have heard comments that claim that I would not stand behind my daughter, Crown Princess Victoria, as Sweden’s heir to the throne.

‘I therefore want to make it clear that my interview answers should not be interpreted as criticism of the female succession to the throne or of Crown Princess Victoria.

‘The female succession to the throne is for me a matter of course. The Crown Princess is my successor. She is an extraordinary asset to me, my family and our country. I am proud of her and her tireless work for Sweden.’

Both Victoria, 45, and Carl Philip, 43, are dedicated to their royal duties and often take part in official engagements for the Crown.

Victoria’s daughter, Princess Estelle, ten, is second in line for the throne and will one day rule over the country. Meanwhile, her son Oscar, who is six, is third.

Since the birth of his nephews, Carl Philip is now fourth in line of succession. The three sons he shares with his wife, Princess Sofia are respectively fifth, sixth and seventh in line for the throne.

The psychic princess! Märtha Louise of Norway’s fiancé Shaman Durek Verrett claims she was able to foresee his plans for proposing thanks to her ‘spiritual powers’

Drake buys himself $500K heart-shaped diamond ring for his birthday