IF you're feeling a little bit under the weather then you might put off seeing your GP.

During the peak of the Covid pandemic, face-to-face GP time was scarce and many appointments were done virtually – and new figures have revealed that doctors are still only seeing half of their patients in person. 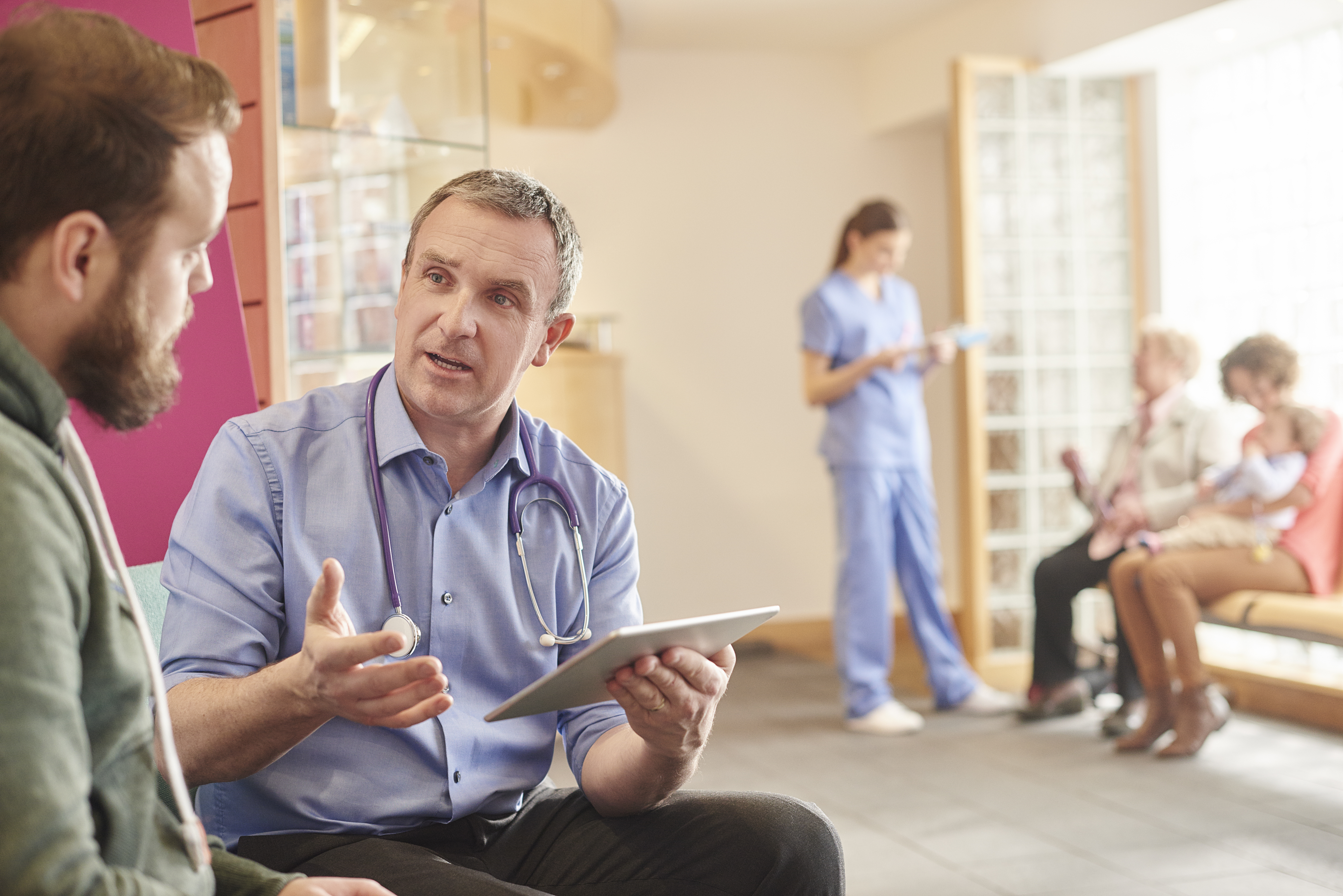 Face-to-face meetings have not returned for many people in England despite lockdown rules ending in August.

Experts say the pandemic is not over and that it's still key for people to be cautious and that this includes keeping infection control measures across practices.

But the Department of Health said appointment levels have in fact returned to pre-pandemic levels, with GPs delivering more than 330 million appointments in the last year alone.

Data published by Bupa earlier this month also revealed that one in ten people had put off going to a cancer screening.

During the coronavirus pandemic, many people have stayed away from their GPs due to fear of attending the surgery in person or through not wanting to burden the NHS.

A recent poll discovered that during the pandemic, one in three Brits avoided going to the doctors.

Four in 10 assumed the problem would simply go away and 14 per cent avoided getting treatment because they were ‘too embarrassed.’

While some people worry about every ache and pain, many also tend to ignore syptoms.

Experts say there are still good reasons to visit your GP, even though you may not think your symptoms are serious.

But what are the key symptoms you need to look out for and when could they be a sign of something more serious?

While many people might be happy with unexplained weight loss – it is a key symptoms when it comes to many underlying health conditions.

Matron at Benenden Health, Cheryl Lythgoe explained that if you haven't deliberately cut back on your food then this could be a warning sign.

She said: "Unexplained weight loss can even be caused by an undiagnosed cancer, so always go to see a doctor if you start to shed pounds unexpectedly."

The NHS says that your weight always fluctuates, but that if you've lost more than 5 per cent of your body weight over six to 12 months then this could be a cause for concern.

Experts at Nice RX also explained that unexplained weight loss can be a sign of diabetes.

"Unexplained weight loss, nausea and vomiting and sweet-smelling breath are all signs of type 1 diabetes", they said.

It states that less common causes of unexplained weight loss can include: side effects of certain medications, heart, kidney, lung or liver disease, alcohol or drug misuse, dental issue and problems with the gut.

Dr Tim Cunliffe, joint lead for skin cancer at South Tees Hospitals NHS Foundation Trust and Tele-dermatology lead at The MOLE Clinic®, said: “It is important that adults self-monitor moles, freckles and skin lesions so that anything new or changing can be assessed by a specialist and treated quickly where necessary."

Cancer Research UK states that when melanoma advances, it could spread to other parts of the body.

It can spread to any part of the body including the stomach and this can lead to tummy pain, loss of appetite and consequently weight loss.

Cheryl said that excessive sunbathing and increased use of tanning salons has led to rates of malignant skin cancer (melanoma) sky-rocketing in recent years: six people now die of melanoma in the UK every day.

She added: "If you catch a skin cancer early, however, it can be removed without any lasting harm."

The key signs of skin cancer

Skin cancer is the uncontrolled growth of abnormal skin cells.

This growth can occur when damage is caused to skin cells – most often caused by UV radiation from sunshine or tanning beds.

What are the signs and symptoms?

What are the risk factors?

We've all seen dramatic scenes on TV where a character grips their left arm, winces with crushing chest pain and collapses to the floor has just had a heart attack.

Cheryl said that most of the time it doesn't happen this way and that chest pains can sometimes be harmless.

She said: "When the heart is starved of oxygen due to a heart attack or angina, it typically feels dull and heavy; sometimes a bit like ‘an elephant sitting on your chest’.

"It usually gets worse with exercise and stress, can move into either arm, and may be accompanied by sweating and/or breathlessness.

"Reach for the telephone if you feel these symptoms because a medic may need to give you a clot-busting drug to reverse the problem."

The NHS said you should seek medical help immediately if the pain spreads to your arms, back, neck or jaw, makes your chest feel tight or heavy, starts with shortness of breath, sweating and feeling or being sick.

If the pain lasts for more than 15 minutes then you should see a doctor.

A change in bowel habits is a key symptom when it comes to bowel cancer.

The NHS says that this could be a persistent change, such as pooing more often or blood in your poo.

Bowel Cancer UK says that unexplained weight loss is one of the key signs of the illness and then early diagnosis is key to getting the correct treatment and catching cancer early.

Genevieve Edwards, Chief Executive at Bowel Cancer UK, said: “Bowel cancer is the UK’s second biggest cancer killer, but it’s treatable and curable, especially when diagnosed and treated early, so it’s essential people know the symptoms to look out for.

We've all nodded off in front of the TV and this usually isn't any cause for concern.

But Cheryl said if you never feel refreshed, even after a good night’s sleep, or find yourself regularly dozing off in the daytime then you should see your GP.

She said: "In the UK, an estimated 750,000 people are unknowingly affected by a problem known as obstructive sleep apnoea – or OSA.

"The condition makes you feel perpetually exhausted and increases the risk of heart problems.

"OSA isn't the only condition to look out for, however. These symptoms could also indicate other conditions like anaemia or thyroid problems. Your GP can give you a blood test to check for this."

‘Star Wars: Rise of Skywalker’s’ Kelly Marie Tran on Why Rose Tico’s Story Is Also Her Own

15 Classic Bags That Only Look Expensive