Female surfing legends have spoken of the sexism they encountered as they gained a foothold on the sport over the decades on Sydney's beaches.

Women on the crest of surfing global success, and after they had achieved it, were subjected to demeaning behaviour from the male surfers they left in their wake according to a new book. 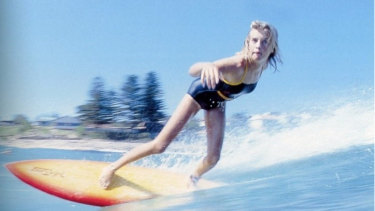 Pam Burridge recalls after she became national champion in 1979 how she had to scrap to get a wave to herself on Manly Beach. "It wasn't a place for any kind of weakness especially if you were female," she says in Golden Daze.

The book says women surfers regarded the Australian Surfriders Association, which ran the sport, as a boys' club. "The blokes got the best waves. The women got what was left. The women got shitty surf and no billing," the book says. 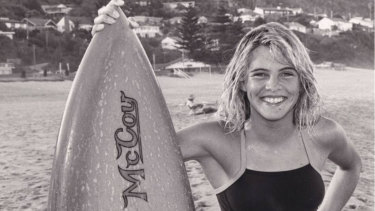 Burridge, dubbed at the age of 14 the 'Great Blonde Hope' of women's surfing, was one of a breakaway group which formed the rebel organisation the Australian Women's Surfing Association.

"I'm Aussie champ by then but I had to fight for my waves," she says. "No one was giving an inch. If a guy dropped in on me, I developed a habit of surfing right up behind the bloke and saying nothing but just surfing right on their heels. They'd finally look around and there you were, not saying anything, just smiling. It really gave them the shits."

When Phyllis O'Donnell was crowned surfing's first women's world champion in 1964 her lofty status didn't make her life any easier in the surf at Coolangatta which was dominated by blokes.

"I remember I had a pink rinse in my hair that day. I'm paddling out and these guys were laughing at me," she says.

She says the blokes said they hadn't seen anyone so old in the surf – she was only 28. "They started laughing and I went okay, laugh away. One of them dropped in on me so I grabbed him by the wetsuit and threw him off. I always had fun in those days."

Pauline Menczer (world champion 1993) grew up surfing at Bondi and recalls being kicked in the ribs by another local surfer. Police encouraged her to press charges against him but she declined.

"It was really hard," she recalls. "There were a few really nice guys but some total arseholes as well."

Layne Beachley, seven-time world champion who grew up at Manly not only wanted to surf like the guys, she wanted to be better than them. "A lot of guys started giving me shit when I started surfing better than them, " she says. "When I eventually became someone recognisable in the industry they started respecting me but before that they sort of resented the fact that I overtook them and they never went anywhere." 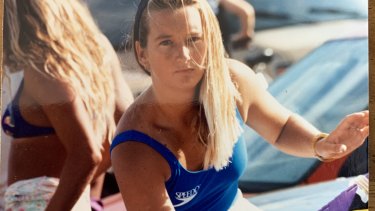 Layne Beachley at the start of her career.

"The general consensus is that it wasn't altogether the most welcoming environment for female surfers," he says. "You go back to the 70s, 80s, 90s and 2000s and that does seem to be a fairly universal theme with the women who surfed through those times. Most of those women who went on and had some competitive success all came out and had to fight and scratch a bit to get there. 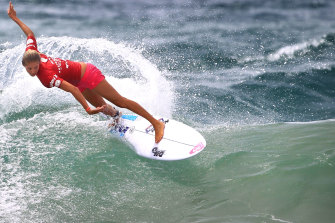 "There was a real shift around the time Steph Gilmore started winning and became popular. Now you have got a lot of teenage girls out there who are actually phenomenally good surfers and a lot of the tension has gone because it is far less male dominated. That blokey stronghold kind of thing exists in places but if you pick your average beach on an average day it is a very different dynamic."

The most important news, analysis and insights delivered to your inbox at the start and end of each day. Sign up to The Sydney Morning Herald’s newsletter here, to The Age’s newsletter here and Brisbane Times‘ here.

Is Meghan McCain Returning to The View?