Home » Lifestyle » The celebrity questions we Googled the most this year

We are living in an age of uncertainty, a time when we have more questions than answers, and nothing seems to make much sense. The past two years have forced us to take a long, hard look in the mirror and ask ourselves the tough questions: Who am I? What does it mean to be happy? Do I have a cold, or is it COVID-19? 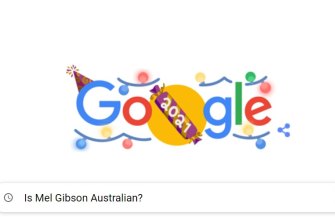 The number one Most Googled celebrity question in Australia for 2021: Is Mel Gibson Australian?

But while our existential crisis adds up, what makes less sense are the queries we’re punching into Google. This year’s list of most searched terms includes all the usual suspects (COVID, the Olympics, Prince Phillip), but dig a little deeper, and things get, well, weirdly specific.

I present the (very odd) collection of most Googled celebrity questions in Australia this year.

Let’s just get it out of the way early; he’s not Australian. Mel Gibson was born in New York but moved to Australia when he was 12 and starred in many famous Australian films including Gallipolli. For a while, it was cool to claim Gibson as one of our own, but then he went on all those gross rants, and suddenly, he was American again.

But the weirdest thing about this being the number one most Googled celebrity question of the year is that Gibson has had a relatively quiet 2021. IMDB lists his sole movie credit as Dangerous starring Scott Eastwood, a film that barely made a splash. 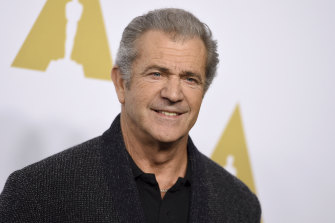 Here is Mel Gibson being American.Credit:AP

He did find himself embroiled in (another) controversy when he was spotted saluting Donald Trump at a UFC fight in July. So perhaps the people asking Google about Mel’s citizenship were hoping to learn that he was not Australian.

Is Elizabeth Olsen related to the Olsen twins?

OK, this one makes a little more sense because Elizabeth Olsen came into her own in 2021, starring in the hit TV series, WandaVision, and landing an Emmy Award and Golden Globe nomination along the way. So, we all had Elizabeth Olsen on the brain, and it doesn’t take long to connect one famous Olsen to the two other famous Olsens.

As it turns out, Elizabeth is indeed the younger sister of Mary-Kate and Ashley. The Olsen twins have long maintained a degree of pop culture fascination despite not seeming to do anything anymore.

How old is Russell Crowe?

He’s 57. I suspect this one is so high up because Russell himself jumps on Google each morning and double-checks that the number is still right. Our obsession with celebrity ages is often fuelled by suspicions that they’re incorrect.

The curiosity behind Crowe’s age could be traced back to his cryptic Twitter bio. Crowe boasts nearly 3 million followers on the platform and lists his age as older than my children, younger than my parents.

Given how long it took for the latest Bond film, No Time To Die, to come out, then it’s unsurprising people started to forget who played 007. Of course, that honour goes to Daniel Craig, the British actor notching up his final performance as Bond. Perhaps the more pressing question for 2022 is: Who will be the next James Bond? 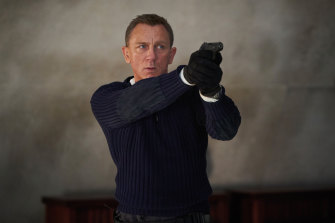 One of the biggest celebrity stories of 2021, this was the year that a clicktivism campaign finally paid off. The #FreeBritney movement gathered a groundswell of support, and in November, the pop star finally escaped the suffocating conservatorship she’s been trapped in since 2008. 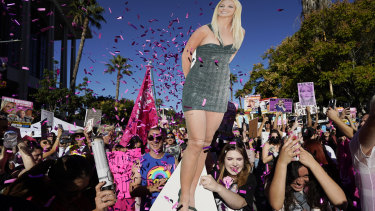 The scene outside the courthouse as Britney Spears was finally granted her freedom.Credit:Chris Pizzello

“The court finds and determines that the conservatorship of the person and estate of Britney Jean Spears is no longer required,” ruled Judge Brenda Penny.

Is Ben Affleck back with Jennifer Lopez?

I am guilty of firing this bad boy off into Google when rumours started swirling that Bennifer was back in business. The pair first met on the set of the film Gigli in 2001 before embarking on an affection-heavy romance that ended with a cancelled wedding. 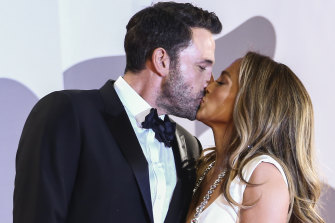 Bennifer is back together and everything is right with the world once more.Credit:AP

The fact we flocked to Google to confirm the return of Bennifer is proof that we’re craving a return to a simpler time. When viruses were mostly confined to your computer and celebrity couples received cute portmanteaus.

How old is Kendall Jenner?

How old is Britney Spears?

How old is Megan Fox?

Welcome to the ageist, sexist category, where we obsess about the age of female celebrities. Kendall Jenner (she’s 26 for those about to Google) tops the list, followed by Britney Spears (40, naughty and free!). The addition of Megan Fox (35) is the most understandable. The Transformers star used 2021 to rebrand as one half of the Megan Fox-Machine Gun Kelly sexy sideshow.

The couple’s over the top obsession with one another has played out in a series of cringe interviews (remember the GQ story when Fox admitted her first words to Kelly were, “You smell like weed,” and he replied, “I am weed”) and turned them into one of Hollywood’s most talked-about pairings.

More importantly, who is Symonne Harrison? Having Googled that myself, I now know she is a 15-year-old Internet star who has also done some acting, appearing in HBO’s The Affair. Harrison’s biggest audience is on TikTok (2.7 million followers), where she and her boyfriend Nick Bencivengo (4.1 million followers) post cute videos of themselves at the beach or playing with puppies. This perhaps explains Harrison’s popularity in Australia, given the explosion of TikTok in the last 12 months.

Which pizza takeaways are still open during coronavirus lockdown? – The Sun