Home » Lifestyle » The five-minute budget: Everything you need to know 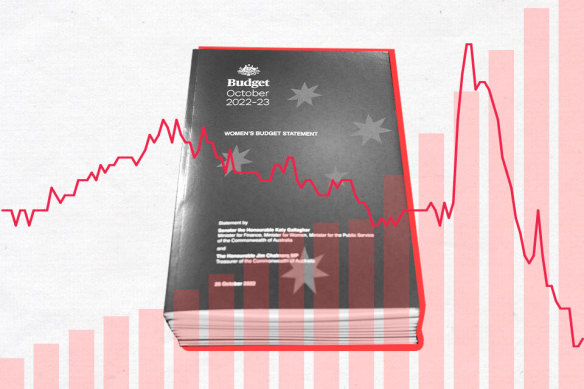 What you need to know in five minutes.Credit:Kathleen Adele

What you should know: Prices have been soaring and unemployment is at record lows, but Australia’s economic growth is cooling. At the same time, wages haven’t kept up with price rises and aren’t expected to until 2023-24, something that Labor will be keenly aware of – and will need to do more to address in the next budget, due in May, than in this super-sized mid-year economic update.

What you should know: The years of COVID-driven spending are gone but the red ink remains. Treasurer Jim Chalmers’ budget is a cautious first step on the road to budget repair that avoids any major cuts, delivers election promises and begins the conversation about the tough choices Australia faces in the future to address the structural deficit.

Families and cost of living

What you should know: The government has bundled together cheaper childcare, an expanded paid parental leave scheme, cheaper medicines, more affordable housing and future wages growth as a $7.5 billion plan to deliver cost-of-living relief. But cheaper medicines won’t start until January 1, and the other measures begin even further into the future – while families are feeling the crunch now.

What you should know: After close to $50 billion in promises back in March to fund cyber warfare capabilities, increase the number of defence personnel to 80,000 people, and purchase equipment, this budget is very steady as she goes, as the government awaits strategic reviews due in March. Aid funding has increased and is squarely focused on the region.

What you should know: The headline figure for the Coalition’s last budget in March was $17.9 billion for priority rail and road projects. This time round, the numbers are smaller – $8.1 billion – in keeping with the limited ambition of Chalmers’ first budget.

What you should know: The fact Anthony Albanese grew up in social housing is central to his origin story, and affordable housing has been a central focus of the prime minister for years. This budget represents an expansion of Labor’s election promises.

What you should know: State government pleas to extend extra hospital funding have fallen on deaf ears, which all but guarantees a federal-state funding fight as the year draws to a close.

What you should know: Like much else in the budget, this package of measures is focused on delivering Labor’s pre-election promises and priorities. The higher education sector will welcome this extra spending, as will the business community, which is crying out for more skilled workers.

What you should know: While the funding promises across climate and natural disasters are largely just delivering pre-election commitments, they also emphasise there is a new government in charge and it has a different set of priorities.

Your Daily Horoscope for Saturday, December 28