Home » Lifestyle » The m-m-m-m girl: Marilyn Monroe and I shared a secret struggle 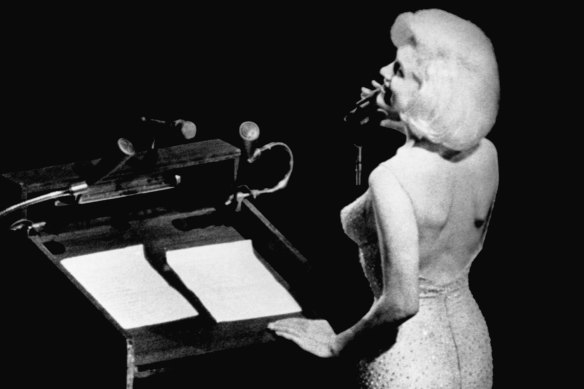 When Kim Kardashian decided to wear a pre-loved dress to the Met Gala show a few months ago, she did not expect to cause such a storm of controversy. After all, she wore it only for a few minutes, and white-gloved conservationists were on hand to squeeze her into it. Yet the incident made news headlines around the world.

The skin-coloured, skintight gown she wore is purportedly the most valuable dress in the world. The owners bought it four years ago for a staggering $US4.8 million ($7 million). It is not spun from gold. It is not encrusted with diamonds. It is the world’s most valuable dress because one night, 60 years ago, Marilyn Monroe slithered it over her body and walked onto a stage at Madison Square Garden to sing Happy Birthday to the President of the United States.

Eleven weeks later, she was dead.

Marilyn Monroe’s life and death continue to enthral us in strange and sometimes macabre ways. A representation of her face screen-printed with pop art colours by Andy Warhol sold for $US195 million only a week after Kim Kardashian strained the seams of the iconic actor’s dress. Netflix will later this month launch the biopic Blonde, based on Joyce Carol Oates’ novel of the same name. And Hugh Hefner, the founder of Playboy magazine, built his empire on nude photographs of her that he published without her consent and without any payment to her. (Monroe had been paid $50 for the shoot four years earlier for a different photographer; when asked later why she had posed nude, she answered “hunger”.) Many years after, Hefner paid a fortune for the crypt next to hers so that he could lie next to her for eternity. 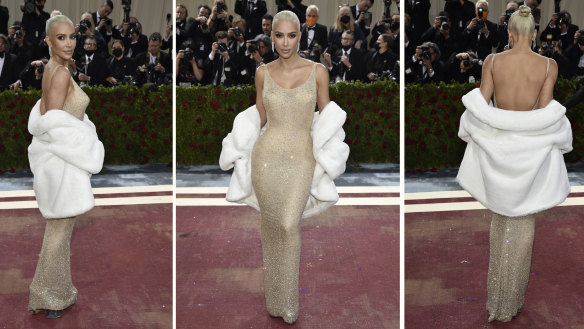 Kim Kardashian on the Met Gala red carpet in the Monroe gown.Credit:AP

Most people are fascinated by her luminous beauty, her hourglass figure, her meteoric career, and her mysterious death. Conspiracy theories abound, including that she was murdered to prevent her from talking about her (alleged) scandalous liaisons with then-president JFK and his brother, Bobby.

For me, though, it is her voice. High, sweet, delicate, airy, carefully enunciated, with long spaces between words in unexpected places.

I first encountered Marilyn Monroe when I was 16, watching Gentlemen Prefer Blondes, in which she plays the role of a ditzy gold-digging showgirl named Lorelei Lee who sails to Paris with her best friend, the clever wisecracking brunette Dorothy Shaw, played by Jane Russell. It was Monroe’s breakout movie. She had played a series of bit parts in forgettable movies beforehand and was paid only $11,250 for the movie, in comparison to Russell’s price tag of $400,000. 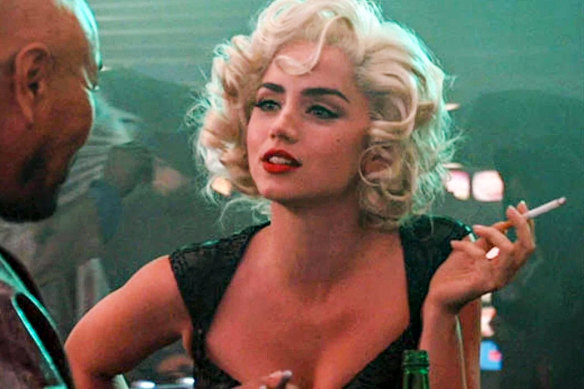 About five minutes into the movie, I felt an electrifying jolt of recognition. The singsong rhythm of her delivery, the exaggerated clarity and articulation of her consonants, the occasional odd contortion of her jaw …

I did not know anyone else who stuttered. Oh, apart from Porky Pig, of course. When I was in primary school, the other children used to follow me around, chanting “Th-Th-Th-That’s all, folks!” My childhood was a misery of struggle behaviours, the term used for the involuntary tics and tensions associated with the speech disruptions of a stutter. I was first diagnosed when I went to school. Years of different kinds of speech therapy followed. They sought to cure me by punishing me each time I stumbled, with blasts on horns, whistles blown in my ear and the removal of privileges like food. My last speech therapist taught me to speak more fluently by encouraging me to sing my words, recite rhythmic poetry, slow my phrasing and precisely articulate my consonants. I also learnt that it was easier to avoid the locking of my larynx if I kept my voice in the upper registers.

The first time that Marilyn Monroe remembers stuttering, she was eight. Her mother was a paranoid schizophrenic who had been institutionalised. Her father was unknown to her. The young Norma Jeane Baker was moved from foster home to foster home, and at one point was sent to an orphanage. In the weeks before her death, she did a series of intimate photo shoots and interviews with her friend George Barris for Cosmopolitan. “I remember there was this old man,” she told him. “Well, one day … he saw me and called me … I went in and immediately he bolted the door. He asked me to sit on his lap. Frightened, I obeyed. He kissed me … put his hand under my dress … he touched me in places no one had ever before.”

When the old man let her go, Norma Jeane ran to her foster mother and told her what had happened. She was slapped across the mouth. “Don’t you dare say such nasty things,” she was told.

Her stuttering continued into her teenage years. “I used to be so embarrassed in school,” she recalled. “I thought I’d die whenever a teacher called upon me. I always had the feeling of not wanting to open my mouth, that anything I said would be wrong or stupid.” 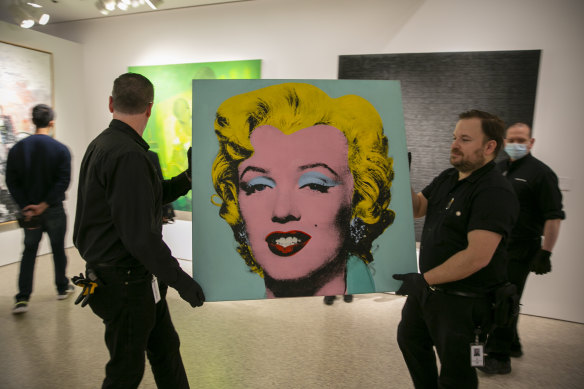 Norma Jeane was elected class secretary, but whenever she had to announce “the minutes of the last meeting, I’d go m-m-m-m-m … Oh, it’s terrible,” she said in a rare 1960 interview. Her fellow students that year devised an alphabet of classmates, along the lines of “A for Ambitious” or “G for Glamorous”. Norma Jeane was listed under “M-m-m-m”. Which is so ironic, given that when 20th Century Fox Studios signed her up, they chose the alliterative “M”s of Marilyn Monroe for her new name.

She did her best to hide her stutter. It was not easy. Her early speaking parts all ended up on the cutting-room floor. In her first speaking role, the low-budget 1949 musical Ladies of the Chorus, she sang a song with the stuttering refrain, “every baby needs a da-da-daddy”. It is possible the lyricists created this repetition to make it easier for her to sing. 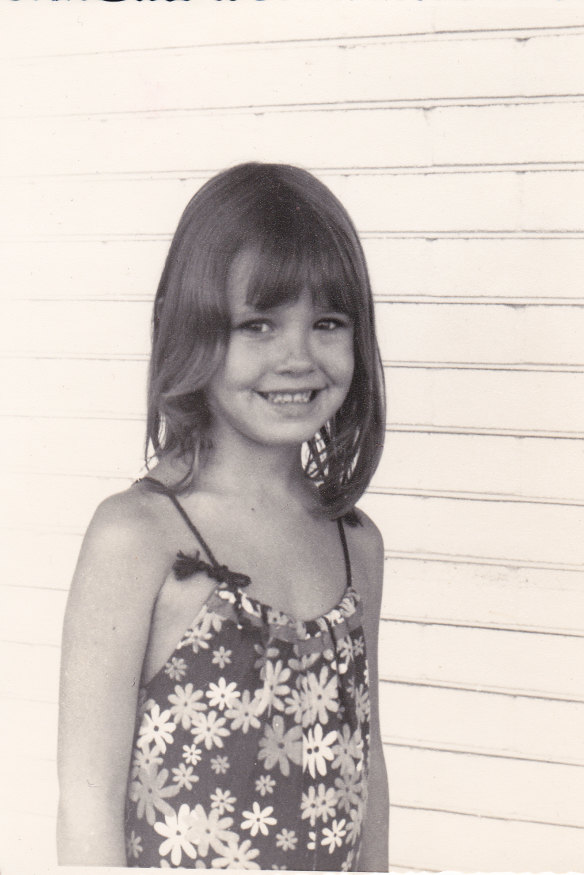 Monroe had been given the role in the film because she had caught the eye of Natasha Lytess, head drama coach at Columbia Pictures. Lytess later said: “Marilyn was inhibited and cramped, and she could not say a word freely.” For the next seven years, Lytess was to accompany Monroe everywhere, rehearsing lines with her and criticising every performance. For a time, the two women even lived together so that they could practise all day.

Lytess taught Monroe to control her breath and to enunciate every syllable, especially the final consonant. Marilyn had to repeat sentences such as “I did not want to pet the dear, soft cat”. Her consequent stilted speaking style caused her to be mocked by many. Otto Preminger, who directed her in River of No Return with Robert Mitchum, derided her “ar-tic-yew-lay-shun” and tried to have Lytess removed from the set. 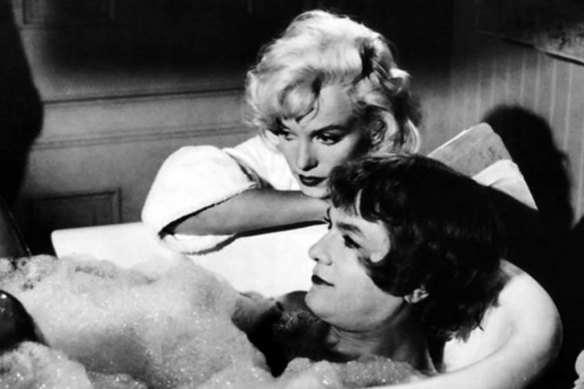 Marilyn Monroe and Tony Curtis in Some Like It Hot.

Marilyn’s stutter is most noticeable in her TV and radio interviews, which cannot be rehearsed or retaken. In her drive to be word-perfect onscreen, she drove her directors mad with her frequent flubbing of lines. In Some Like It Hot, a 1959 comedy made with Tony Curtis and Jack Lemmon, the simple line “It’s me, Sugar” took her 47 takes. Many times, in many movies, Monroe’s dialogue is delivered without showing her face or mouth, the sound being dubbed in later. She did not publicly admit her secret struggle with her speech disability until 1960, two years before her death. “Sometimes if I’m very nervous or excited or something, I stutter,” she said. “Oh, it’s painful. Oh, God.”

Dissertations have been written on the schism between Marilyn’s provocative sensuality and what the journal Diacritics once called her “sweet little rinky-tink voice”. Yet it is that conjunction of vulnerability and voluptuousness that made her a star. Nowhere is that dichotomy more evident than in her performance of Happy Birthday, Mr President, in a dress so tight she had to be sewn into it. A dress that makes her look naked. Her voice is hesitant, even broken.

In her last interview, with Life magazine just a few weeks before she died at the age of 36, Marilyn said: “I was honoured when they asked me to appear at the president’s birthday rally … There was, like, a hush over the whole place … If I had been wearing a slip, I would have thought it was showing or something. I thought, ‘Oh, my gosh, what if no sound comes out!’”

I know that fear all too well. It’s very real for someone who stutters. It is called “blocking” and is caused by an involuntary uncontrollable paralysis of the larynx and vocal cords. It is terrifying and humiliating. No matter how much you struggle, you cannot speak.

Yet somehow, standing in the spotlight before a crowd of 15,000 people, Marilyn found the courage to lift her voice and utter those first few halting syllables.

“A hush like that from the people warms me,” she said. “It’s sort of like an embrace. Then you think, ‘By God, I’ll sing this song if it’s the last thing I ever do.’”

Kate Forsyth is an award-winning author, whose most recent novel is The Crimson Thread.

Blonde is released on Netflix on September 28.

Kendall Jenner Wore the Rarest Version of Hollywood's Favorite "Ugly" Shoe, Which Is Secretly on Sale

How the Pandemic Has Changed the Location Scouting Industry