Children really do say the darndest things – especially when it comes to the letters they send home from summer camp, which are now being shared by their amused parents on social media for the rest of the world to enjoy.

Ranging in tone from annoyed to devastated, the letters – the majority of which are handwritten and being shared on New York-based Instagram HomeSickDotCom – featured all manner of complaints and upsets from the kids, as well as a host of foul language and some serious over-sharing.

‘We send our kids to sleepaway camp to experience the best summer ever! Then we get their letters home,’ the account description reads, while asking other parents to submit their own offerings for publication. 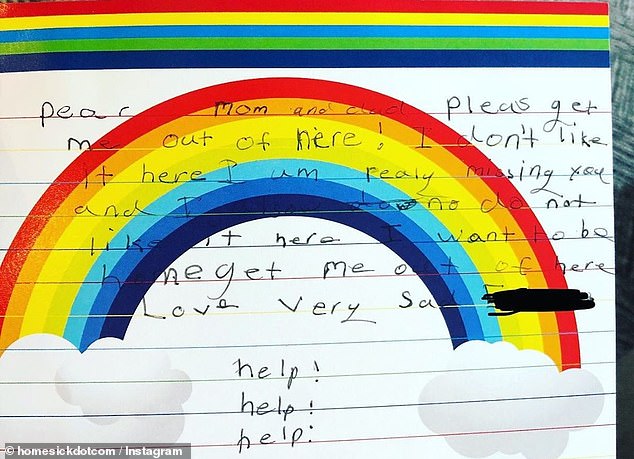 SOS: A new Instagram account is publishing letters sent home to parents by their upset children who are away at summer camp 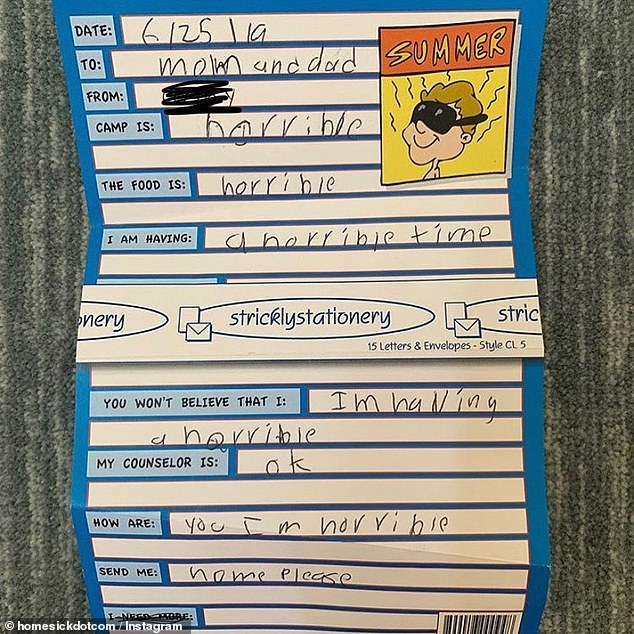 ‘Horrible’: Many of the children whose letters are featured on the HomeSickDotCom Instagram write to complain about their summer camp, while asking their parents to come and get them 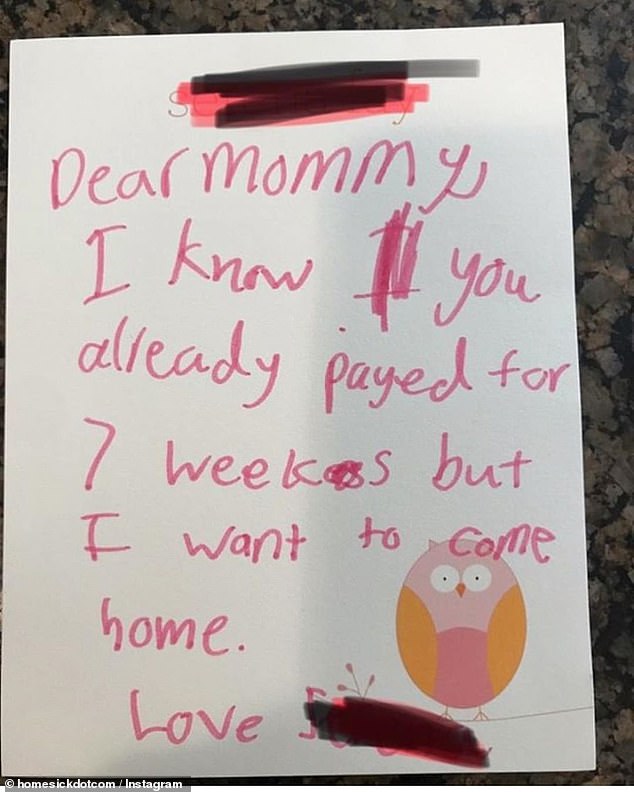 No place like home: The most popular complaint from kids at camp in their hilarious letters is that they want to go home

Thus far, the account has published dozens of letters sent in by parents, many of which feature pleas from devastated children who are begging to be collected and brought home, while others simply serve as a laundry list of grievances regarding their situation.

Every year, 14 million children and young adults attend one of America’s 14,000 camps, and the majority are encouraged to write to their parents at least once or twice during their stay, which leads to no shortage of rib-tickling correspondence.

In one alarming post on HomeSickDotCom, an anonymous parent sent in a letter from their son’s camp organizers, detailing that their loved one had an intimate encounter with a ‘dog tick’.

The account’s followers joined in the humor, with one commentor saying ‘well they do like warm areas’.

In some of the hand-scrawled letters however, a few of the children appear wise beyond their years.

One concerned, caring child for example wrote that his counselor had been ‘scratched by a skunk’ and is now showing ‘the tissue of his muscle’. The unnamed kid, worrying for the counselor, cutely asked his parents whether he should advise him to go to the hospital.

Also with a wise head on your shoulders, ‘Your son Lin’ wrote to make sure his parents include the area code when calling him, conveniently with the intention to convince them to take him home once he got them on the line.

Another sweet soul, also keen to go home, told parents that they simply couldn’t be themselves at the camp because they were ‘not allowed to sing’.

No doubt the unreserved accounts of camp penned by children and teens – sometimes including literal teardrops and teeth – are bound to be cherished by their parents to embarrass them with at a later date, however in the interim, they serve for great social media fodder.

In good hands: Parents shared frank letter received from sleepaway camp organizer about their son’s run in with a tick 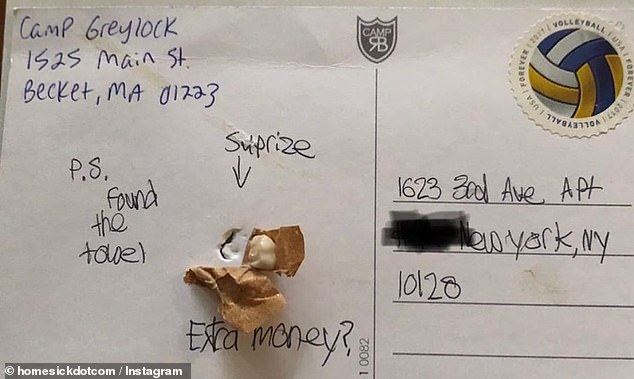 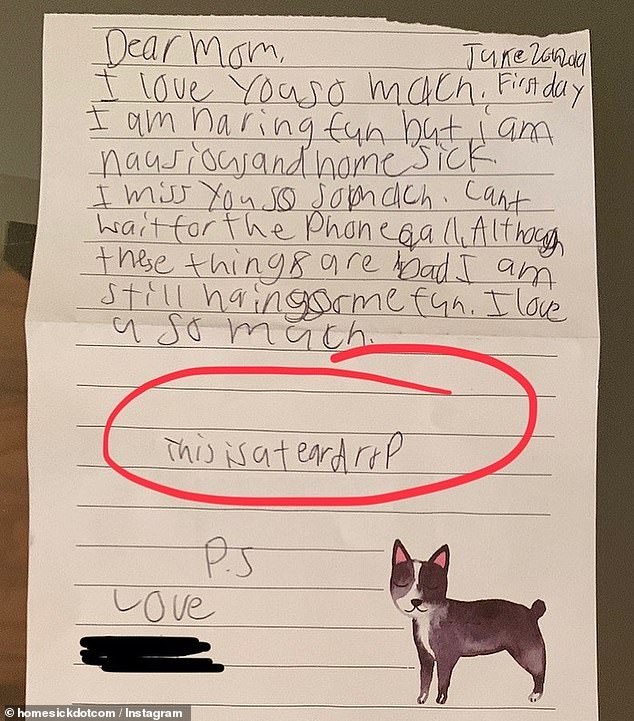 Hygienic: When sending letters from sleepaway camp, emotional kids felt compelled to include teeth and teardrops 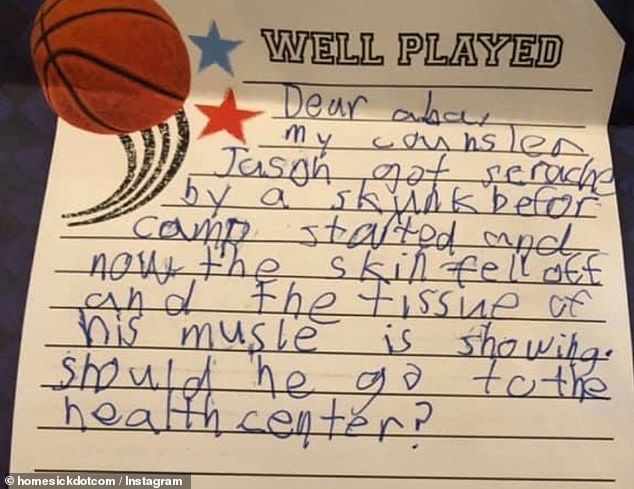 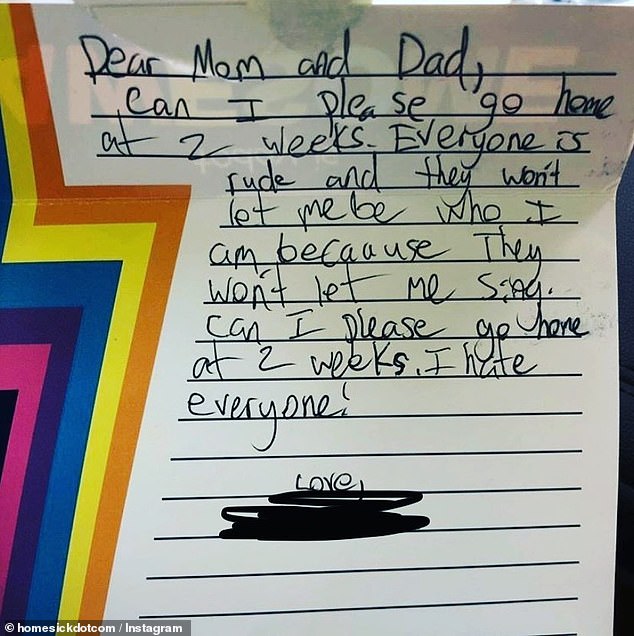 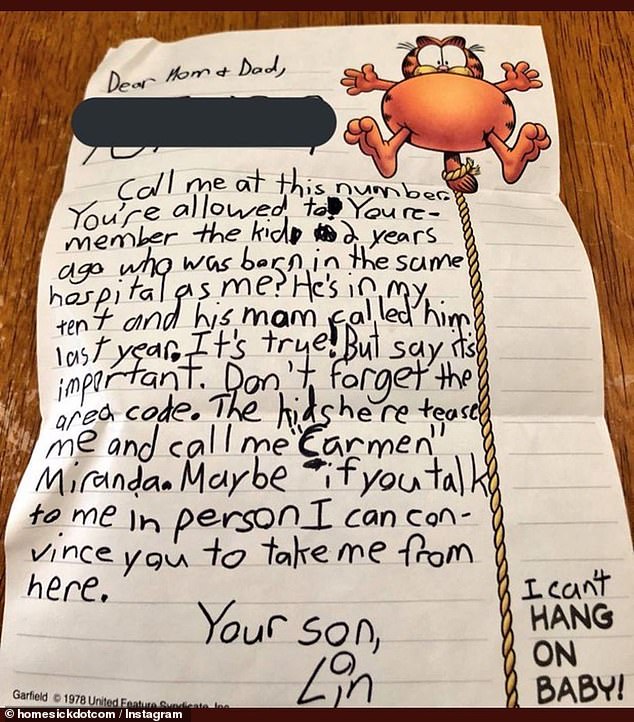 Mature: Some priceless letters from camp show kids’ maturity beyond their young years

Who'll find love on our blind date? This week it's Barbara and Birgir