Home » Lifestyle » ‘They Googled me’: Bluesfest headliner Pete Murray has found his place

Singer-songwriter Pete Murray seems relaxed. Mind you, his fourth child is due this year.

He has come a long way from being the bloke who sang covers at Brisbane’s Paddington Hotel almost 20 years ago. 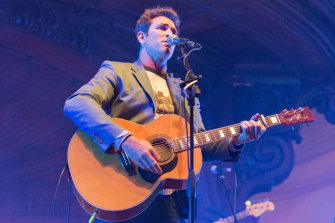 Singer-songwriter Pete Murray is back with a new six-track EP, The Night. Credit:Lynne Bonanno

His first three albums on a major label went to No.1.

His second album Feeler in 2003 gave us So Beautiful, his third album See the Sun in 2007 gave us Better Days, his fourth Summer at Eureka with the single You Pick Me Up also went to No.1.

Murray has now released a six-track EP, The Night. It’s a lot different to the big horns of Always a Winner from his Blue Sky Blue album.

He says he has been thinking about where his new release sits within his own catalogue. 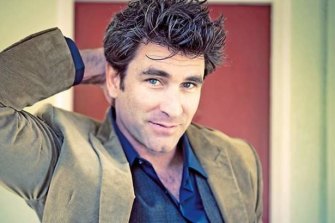 Pete Murray says he is returning to his Feeler-era tunes lyric-wise, but with richer, layered production.

“It’s still playing live with a band, but different sonics and a different flavour of songs,” he said.

“Feeler lyrically connected with a lot of people. See the Sun was more optimistic and positive about things in general. I was just getting away.

“But now I feel I have gone back to that style lyrically, but musically it is a lot richer. Feeler was quite raw, production wise.”

That is what you will hear on The Night. Thoughtful lyrics and gentle-paced songs with big, singable choruses and space.

The EP was recorded at Murray’s home studio at Byron Bay. He is happy at home. It’s where he writes, concentrating on writing lyrics that connect.

Found My Place has the acoustic guitar front and centre throughout before a radio-friendly rhythm guides a song seemingly from a father to his family: “Just know your home is your heart and your heart is where I’ve found my place”, lifted by a beautiful, lilting, echoed guitar line.

Waiting for this Love is a warm song with a subtle, understated vocal. It’s a 2021 winter cuddling song.

And for the first time, Murray has written with other songwriters.

“I went overseas and did some co-writing, which is something new for me that I’ve always wanted to do,” he said.

“I’m really big on the lyrics. I get the laptop out and start getting stuck into the lyrics.”

A second EP will be released later this year, probably packaged together as an album later in the year.

Medicom Toy Imagines The Mandalorian With Its Latest [email protected]