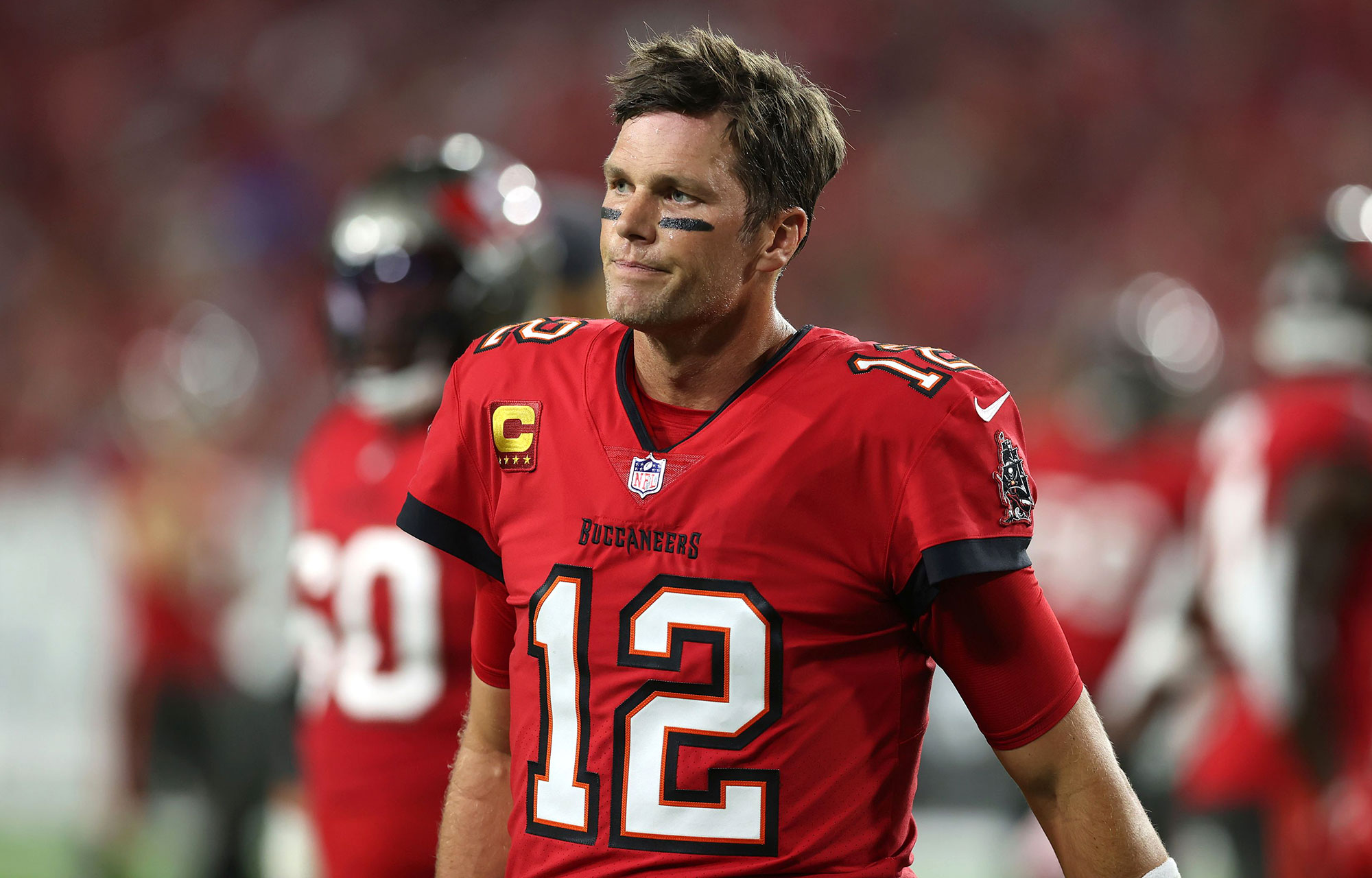 Taking one for the team? Tom Brady got heated while playing the New Orleans Saints on Sunday, December 19 — but he denied taking out his frustrations on the opposing team’s coach.

Tom Brady and Gisele Bundchen: A Timeline of Their Relationship

The 44-year-old quarterback was seen shouting at a referee and throwing a tablet on the bench during Sunday’s game as his Tampa Bay Buccaneers were defeated 9-0, his first shutout game in 15 years. During the fourth quarter, Brady yelled over to the Saints sideline — and some fans believed he cursed at the team’s defensive coordinator, Dennis Allen.

When asked about the seemingly tense moment in a post-game interview with WFLA, the former New England Patriots player wouldn’t reveal what was said. “Ah, nothing,” he told the outlet. “Just football.”

Following the upset, Brady admitted it wasn’t “just one thing” that led to the disappointing result. “I don’t think we were much good of anything tonight. … It was a lot of things,” he explained. “We have to do better in every facet of offensive football to score points — we’re not going to win scoring no points.” 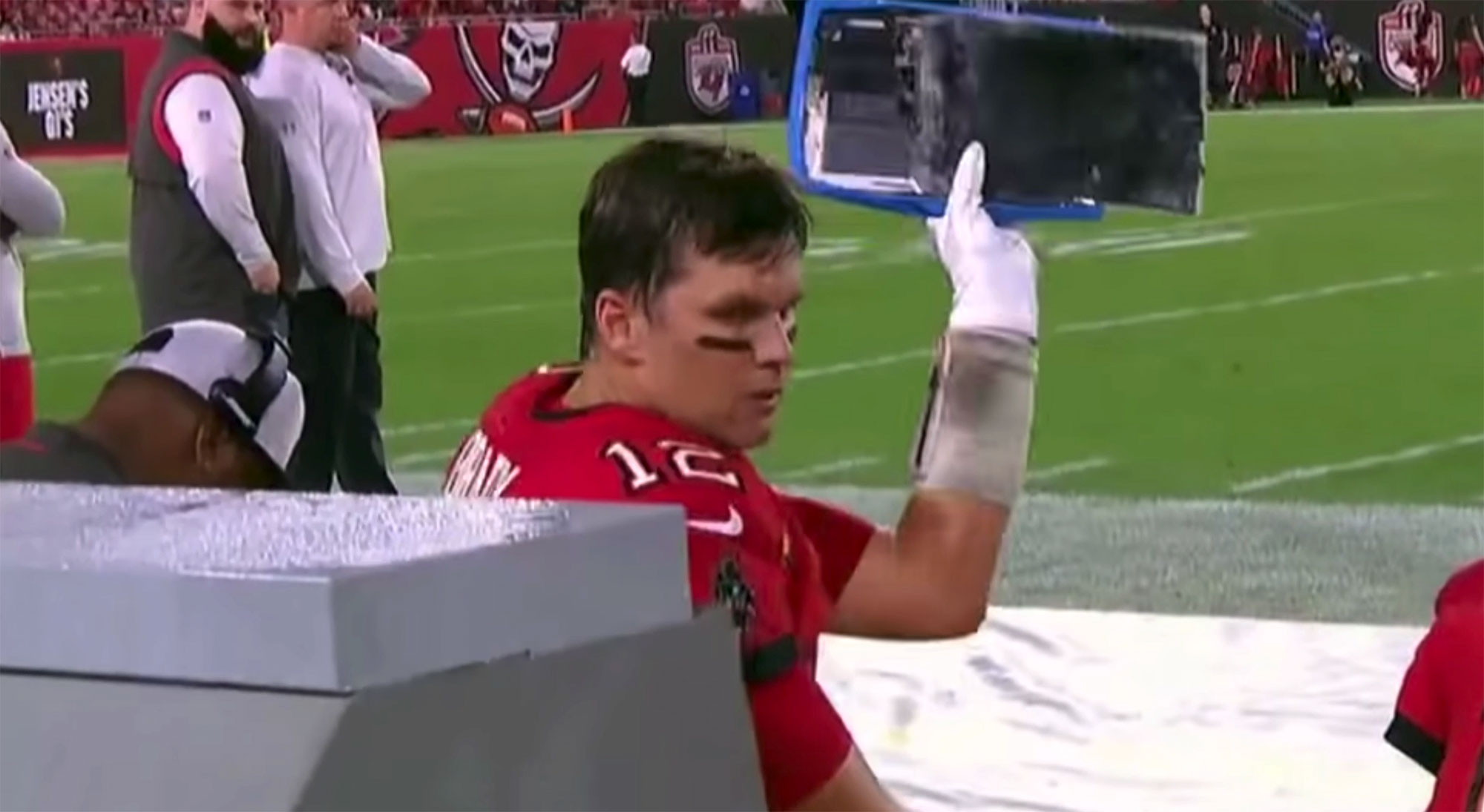 The California native praised the “pretty good” Saints defense, adding, “They are well-coached, have a lot of great players — a lot of veteran players that have played together for a long time. They did a great job.”

Before Sunday’s loss, Brady had the second-highest streak of consecutive starts — 255 games — without a shutout. His 15-year tally followed Drew Brees‘ record of 304 games in 18 years.

Another viewer called Brady a “BAD loser,” while others wondered why the Super Bowl MVP wasn’t given a penalty for his behavior. Snoop Dogg, however, lent his support to the NFL great.

“I just love being friends with somebody that goes as hard as I do,” the rapper, 50, told NBC commentators on the sideline on Sunday.

Brady signed with the Florida-based team in March 2020 after spending the majority of his professional career on the Patriots. Earlier this year, the seven-time Super Bowl champ confessed that it wasn’t easy to balance football with his role as a father. (Brady shares son Benjamin, 12, and daughter Vivian, 9, with wife Gisele Bündchen, and is also the father of son Jack, 14, with ex Bridget Moynahan.)

Everything Tom Brady, Gisele Bundchen Have Said About His NFL Retirement

“My wife has held down the house for a long time now,” he said during an October episode of his “Let’s Go!” podcast. “I think there are things that she wants to accomplish. She hasn’t worked much in the last 10, 12 years while raising our family and committing to a life in Boston and then moving to Florida [when I signed with the Buccaneers]. That’s an issue. … It’s a little teeter-totter from time to time, and I’m trying, like all of us, to do the best we can do based on the circumstances.”

Brady noted at the time that his focus on football was a “very difficult” reality in his marriage, but he previously admitted that he wasn’t ready to retire, predicting he could still play when he’s 50.

“I think from my body standpoint and how I’ve been able to take care of myself over the years, [it] can put me in a position to do that, and you never know what can happen as I keep moving forward,” he said during a September podcast episode. “I know I’m having a lot of fun playing. And again, at my age, I’ve agreed to play next year, as well, but beyond that, I’ll just take it year by year.”

Explore London after hours with these late night restaurants and bars