THE best places for property price growth so far this year has been revealed – and homeowners in one town have seen the value of their properties rise by £185 a day.

Property website Zoopla looked at how house prices have changed in the first seven months of 2019 to show which areas have gained or lost the most. 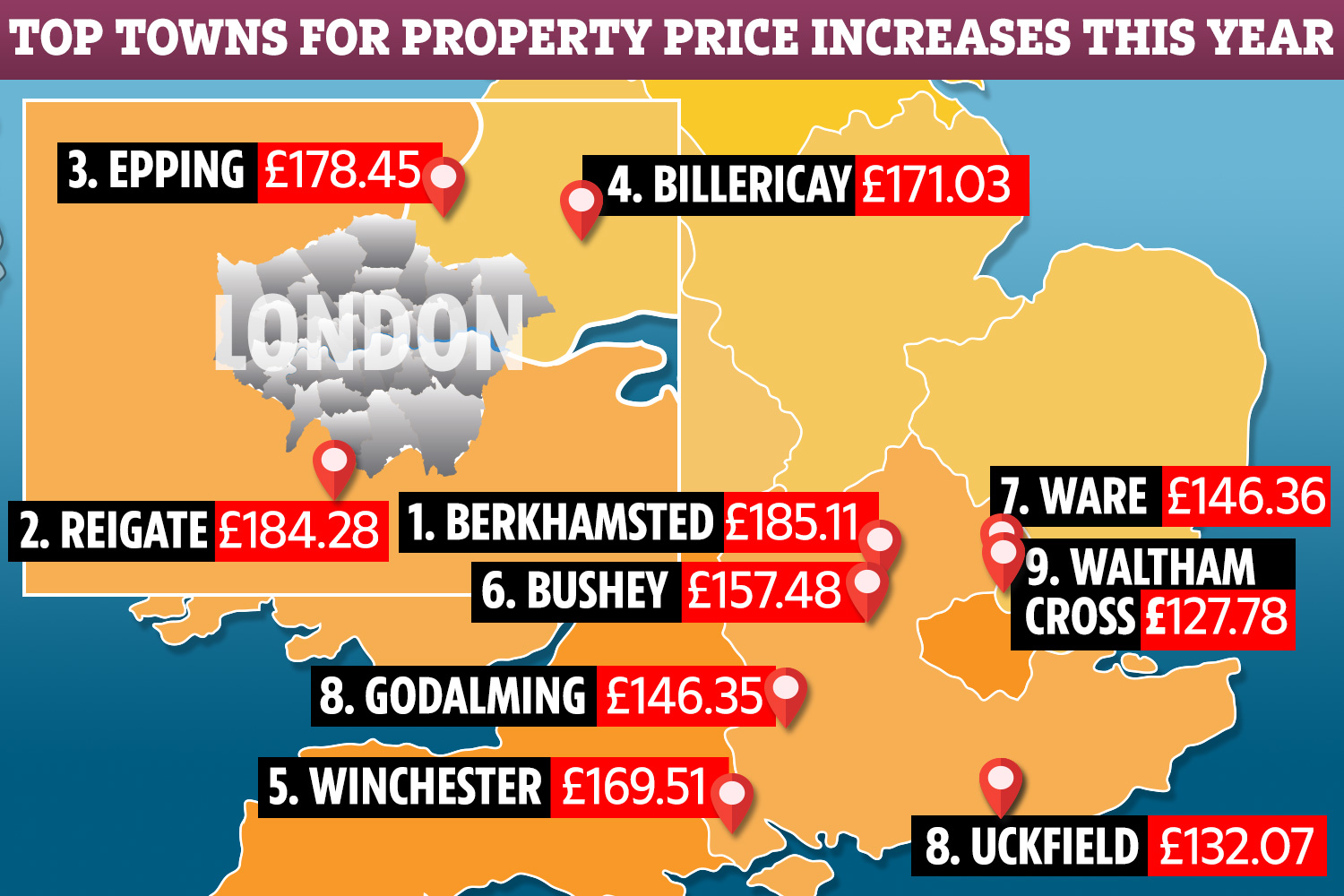 Those living in Berkhamsted in Hertfordshire have come out on top in the property hotspot stakes as the new research showed homes here have gone up on average by £33,875.

Close behind were residents of Reigate in Surrey where their properties gained an average of £33,723 in the same period – the same as adding £184.28 a day to the value of a house. 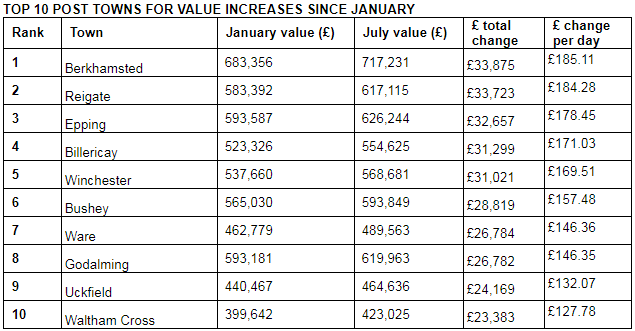 In third place were homeowners in Epping in Essex where the average house value increased by £32,657 – an increase in property value of £178.45 a day.

At the other end of the list, Leatherhead in Surrey was the worst-performing town in Britain for property price growth with homes losing £16,309 in worth during the same time.

In other words, homes in this area are down £89.12 a day in value since the start of the year.

From a regional perspective, the West Midlands was the best-performing area with the average value of homes increasing £6,695, or £36.58 a day, since the start of the year.

Property owners or perspective buyers can use the Zoopla house price tool to find out how well properties are performing where you live. 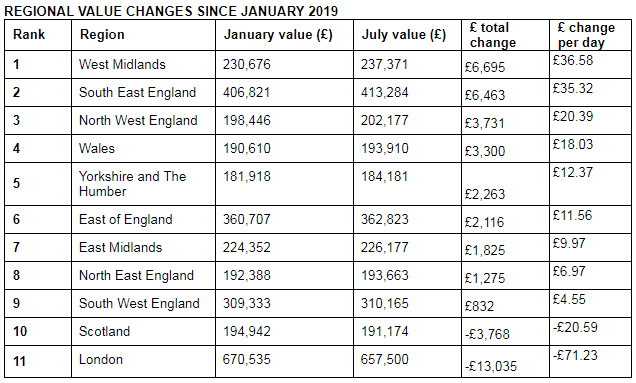 Laura Howard, spokeswoman for Zoopla, said: “The UK housing market gained £60bn in value during the first six months of the year.

“An increase in the total value of housing was recorded across nine of the 11 regions analysed, with average property values in the West Midlands making the most for homeowners.

“At the other end of the spectrum, residential values in London have continued on the downward trajectory of the last three years.”

HOW TO GET HELP ON THE PROPERTY LADDER

GETTING your foot on the property ladder can be a daunting thought for many first-time buyers.

Thankfully there is plenty of help out there to get you on your way to owning your dream home.

Just last month Zoopla revealed how much first-time buyers need to earn to get on the property ladder in their town.

Research from the property website showed the amount you need to be taking home to afford your first home has gone up £4,500 from three years ago.

This comes as the average deposit you'll need now sits at a whopping £38,400.

Today’s Zoopla figures are similar to those released earlier this month by the Land Registry and Office for National Statistics.

They showed house prices across England are on the rise but London has seen the biggest annual slide.

Should you need inspiration to save up for a home, this young couple revealed how they bought a 2-bed flat in Croydon worth £340,000.

If you’re renting, you might be pleased to know Derby is the UK city where the lowest proportion of wages goes on rent.