Home » Lifestyle » Tortured history of 'the heir and the spare'

Tortured history of ‘the heir and the spare’: After Prince Harry named his memoir after a centuries-old royal tradition, how ‘spares’ have struggled to find their place – from disgraced Andrew to reluctant King George VI

As Prince Harry teases the release of his long-anticipated memoir, he has played on a long-held royal tradition of producing a ‘spare’ monarch.

The concept of ‘the heir and the spare’ has been observed by the royal family for centuries, as a tradition which ensures the royal bloodline is able to continue.

It can be dated all the way back to the 12th century, when the concept of the primogeniture (succession to the first son) was first established. Before this, all sons of the monarch were considered heirs.

The phrase itself appears to have been coined several centuries later in the 1890s, by American socialite Consuelo Vanderbilt. 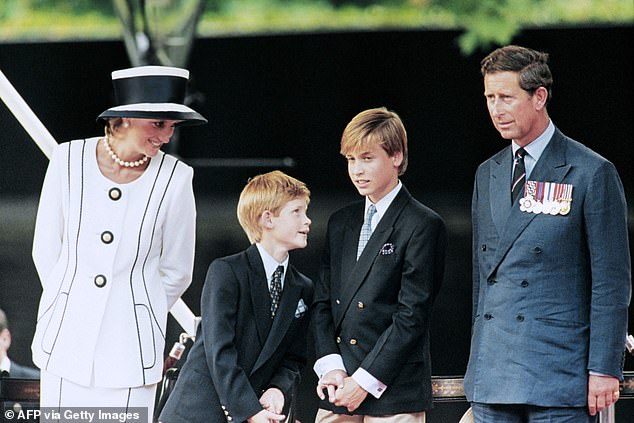 Prince Harry (pictured in 1995 with Prince William, King Charles and Princess Diana) has entitled his memoir ‘Spare’, evoking the phrase and concept ‘the heir and the spare’ which dates back to the 12th century, and has caused tensions within the monarchy ever since 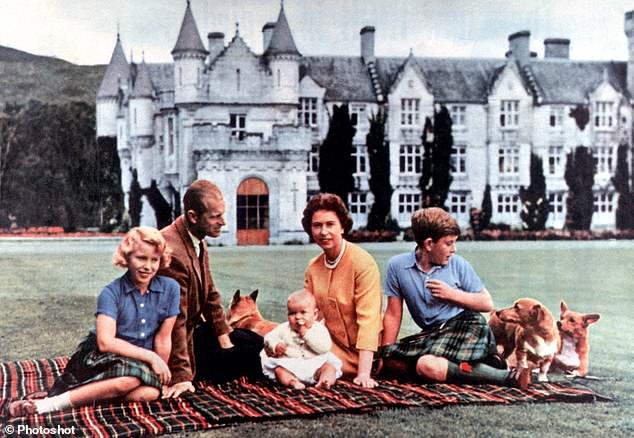 In the generation above Prince Harry and Prince William, Prince Andrew (centre) was the ‘spare’ to his older brother Charles. Pictured: The royal brothers with Princess Anne, Prince Philip and Queen Elizabeth II in Balmoral, 1960 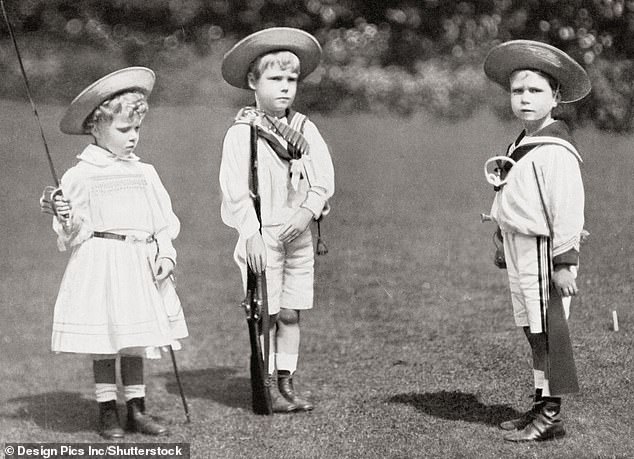 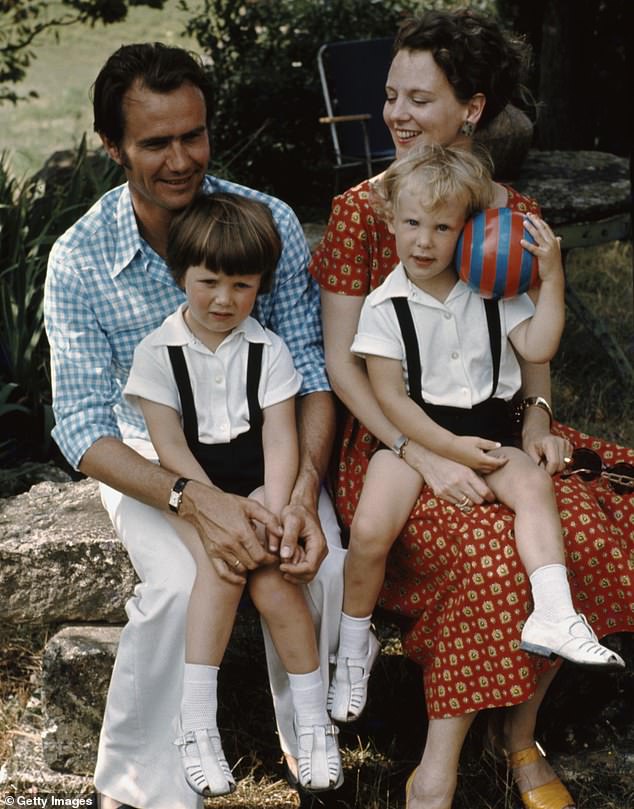 More contemporary royal figures including Princess Margaret and Prince Andrew have been considered ‘spares’ in recent memory, with the concept also applying to overseas royals like Prince Joachim of Denmark.

An unusual position to hold, the role serves as a ‘reserve’ monarch, who must be prepared to become heir to the throne at a moment’s notice if necessary – at least until the current heir produces their own children.

Heather Cocks, author of The Heir Affair, told Vanity Fair last year: ‘With an heir and spare dynamic, you get one child who’s born for the top job, and the second who probably grows up feeling like the understudy.’

Of course, in some cases, the so-called ‘spare’ is actually called to rule, as was demonstrated when King Edward VIII abdicated in 1936 and King George VI ascended the throne. 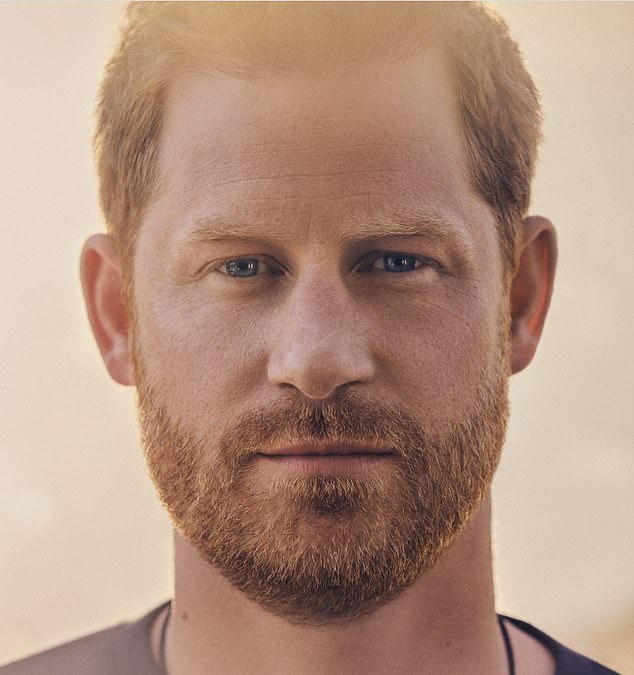 The portrait on the front cover for Prince Harry’s memoir, entitled Spare, was released by publisher Penguin Random House today

However for the most part, the ‘spare’ is able to live a much freer life without too much scrutiny – but as Prince Harry has alluded to with the title of his memoir, holding this position can cause issues with the prince or princess’s perception of their role within the royal family.

As relations have become strained between Harry and his older brother, Prince William, the Duke of Sussex, 38, has addressed their contrasting positions within The Firm.

During his sit-down interview with Oprah Winfrey in March 2021, in which he and Meghan Markle told their side of the story surrounding their decision to step down as senior royals, Harry said: ‘My brother can’t leave that system, but I have.’

He later added: ‘My father and my brother, they are trapped. They don’t get to leave. And I have huge compassion for that.’

It is possible he was alluding to the freedom his position as the ‘spare’ allowed him and his family to make their own way in the world.

In the generation above Prince Harry and Prince William, their uncle Prince Andrew was the ‘spare’ to his oldest sibling, King Charles. Although Princess Anne was the second-born of Queen Elizabeth II and Prince Philip, the rules of succession at the time meant that the next-born son would be next in line for the throne.

Speaking to Vanity Fair, royal author Nigel Cawthorne said of Prince Andrew: ‘He’s always had this role that kind of meant nothing.’

He added the Duke of York, like all other ‘spares’, was a little bit stuck in what their role actually meant – and added it was unlikely they would be able to go into any other line of work.

Last month, it was reported that Prince Andrew and his ex-wife Sarah Ferguson ‘plotted’ to prevent Charles becoming king in the 1990s.

Angela Levin’s book Camilla: From Outcast to Queen Consort, released at the end of September, claimed the Duke of York tried to bypass the line of succession so that, when his mother Queen Elizabeth II died, Prince William would ascend the throne and create a role for himself as Prince Regent.

‘Andrew lobbied very hard with the hope that Charles would not become king when his mother died, and that William would wear the crown’, she wrote.

A ‘senior insider’ allegedly told the royal author: ‘[Andrew’s] behaviour was very, very negative and extremely unpleasant to Queen [Elizabeth], who disagreed. I was told it was one of the rare occasions he didn’t get his way.’

And the role of the ‘spare’ hasn’t only caused tensions in the British royal family, with monarchies overseas also being rocked by the treatment of the heir to the throne’s younger sibling.

Just last month, shockwaves were sent through the heart of the Danish royal family after Queen Margrethe II announced the children of her second son Prince Joachim would lose their princely titles from next year.

Prince Joachim, who is the ‘spare’ to Crown Prince Frederik, told Danish media from his hometown of Paris that his four children Prince Nikolai, Prince Felix, Prince Henrik and Princess Athena had been ‘hurt’ by their grandmother’s decision.

He also claimed that, contrary to what the Danish royal household had stated, he had only been given five days to break the news to his children before the public announcement was made.

As tensions rumbled on within the family, Prince Joachim admitted he had a ‘complicated’ relationship with his older brother.

Today, the Crown Prince and heir to the Danish throne commented on the revelations, a few weeks after the conflict appeared to quieten down.

He told TV 2 News he was ‘sad’ for his brother and how he had been affected by the decision.

The Crown's Victoria Hamilton recalls her run-in with Harvey Weinstein