Scott, 30, is nominated for two awards — Best Hip-Hop Video and Best Direction — for his song “Franchise.” During the ceremony, Justin Bieber gave Scott a shout-out while accepting the trophy for Artist of the Year, calling the rapper an inspiration. Not long after, Scott took the stage to accept the Best Hip-Hop Video honor.

“I first wanna thank God, my mom, Stormi,” he said, referring to the couple’s 3-year-old daughter. 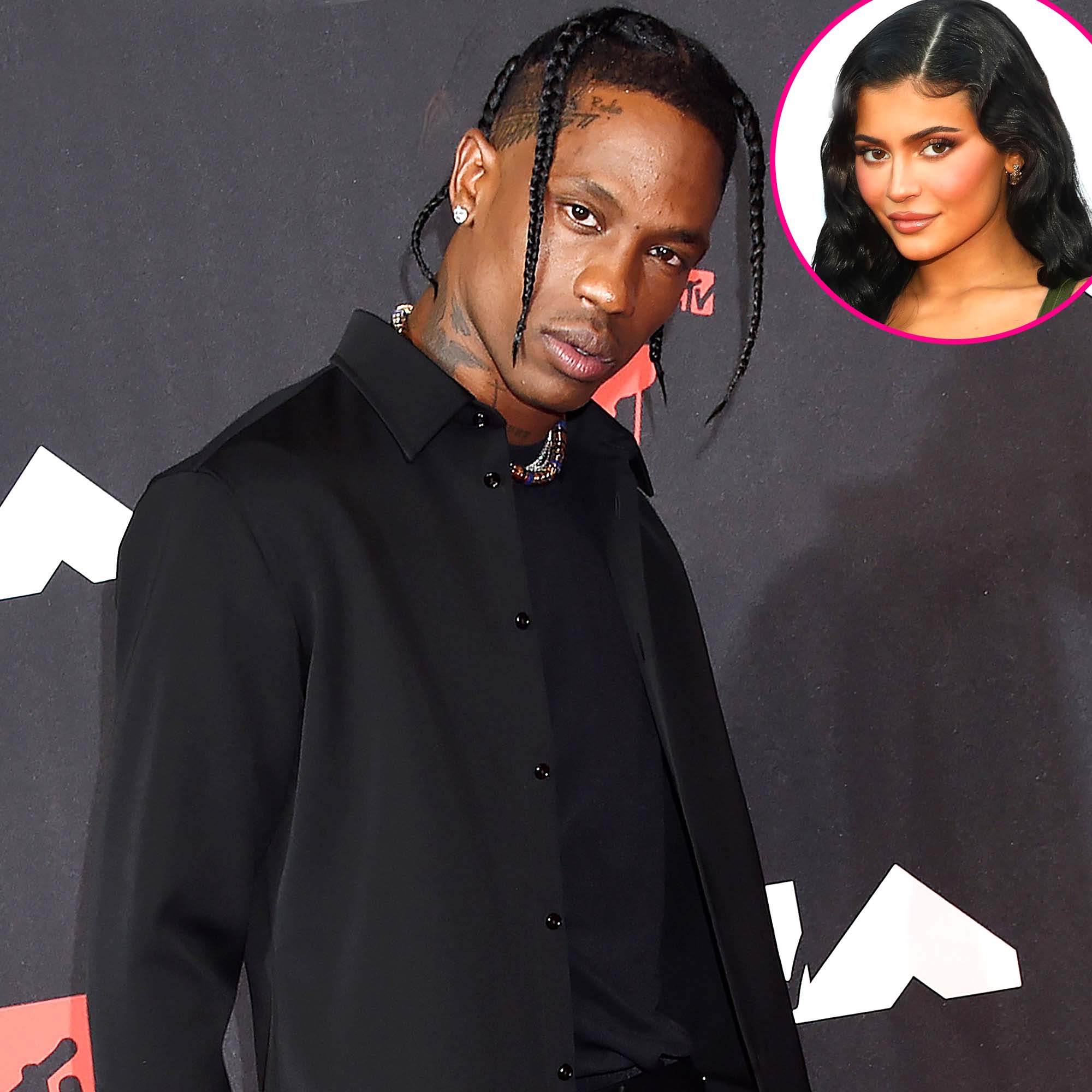 While some social media users found it odd that Scott didn’t mention Jenner, 24, in his speech, a rep for the Keeping Up With the Kardashians alum told Page Six that she was “never” set to attend the event enough though she’s in New York City for Fashion Week. (Jenner later shared a photo of Scott accepting the Moon Person via Instagram Stories.) Days before the VMAs, Jenner confirmed that she is pregnant with the pair’s second child via an Instagram video. (Us Weekly previously reported news of Jenner’s pregnancy on August 20.)

Everything to Know About the 2021 MTV Video Music Awards

“What do you have for Lovey?” Kylie asks Stormi, referring to grandma Kris Jenner in the video.

After the toddler hands the momager, 65, an ultrasound, Kris gets emotional, exclaiming, “Wait a second … are you pregnant?”

The Kylie Cosmetics CEO simply captioned the video with white heart emojis and Scott reposted the clip with a series of brown heart emojis. The rapper has been linked to Kylie on and off since 2017. A source told Us last month that the pair have an “unconventional relationship” that “really works for both of them.”

“Kylie is such a hands-on mother and loves being one, so she will be the primary caretaker,” the insider said in August.

According to another source, the twosome are “beyond thrilled” about expanding their family.

“She and Travis have been trying for many months … to get pregnant again,” the second source said on August 25. “Kylie really wanted her siblings to be close in age because she feels so close to Kendall [Jenner] and wants that for Stormi.”

After the couple publicly celebrated their growing family, a third insider noted to Us, “Travis and Kylie have never been closer. The baby has absolutely brought them even closer together. She is so happy for her family. Travis is beyond thrilled. They both have wanted this for a long time.”

Kelly Ripa has been filming ‘Live’ while quarantined in the Caribbean