The board and advisory committee of the Emergency Services Telecommunications Authority will be disbanded and the organisation rebranded as Triple Zero Victoria after the release of the final report into the failings of the state’s beleagured triple-zero dispatch system. 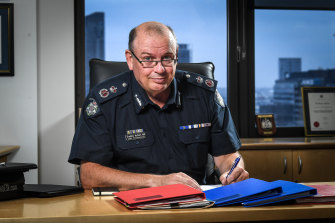 The review found the service has suffered over the years because it has been unable to recruit and retain experienced call takers to deal with peaks in demand. The Victorian government will provide ongoing funding to the organisation so it can employ more call takers to meet current and future demand.

The Victorian government released the Capability and Service Review: Final Report into ESTA on Thursday afternoon.

“Over its short history the number of times when the system has failed continues to grow, often with dire outcomes,” the report states.

“ESTA was unable to meet surge demand during significant storm events in 2021 and throughout peak periods in the COVID-19 pandemic.”

The Victorian government welcomed the report and said it acknowledged the future of the organisations relied on supporting the workforce to increase the number of triple zero call takers.

The government earlier this month committed $333 million in its budget for ESTA.

Martha Stewart shows off clay nativity scene she made in PRISON