THE UK’s first ever pizza vending machine has opened in Bristol – and it cooks food in just three minutes.

The nifty machine has a touchscreen on the pavement where hungry customers can order pizza from the street. 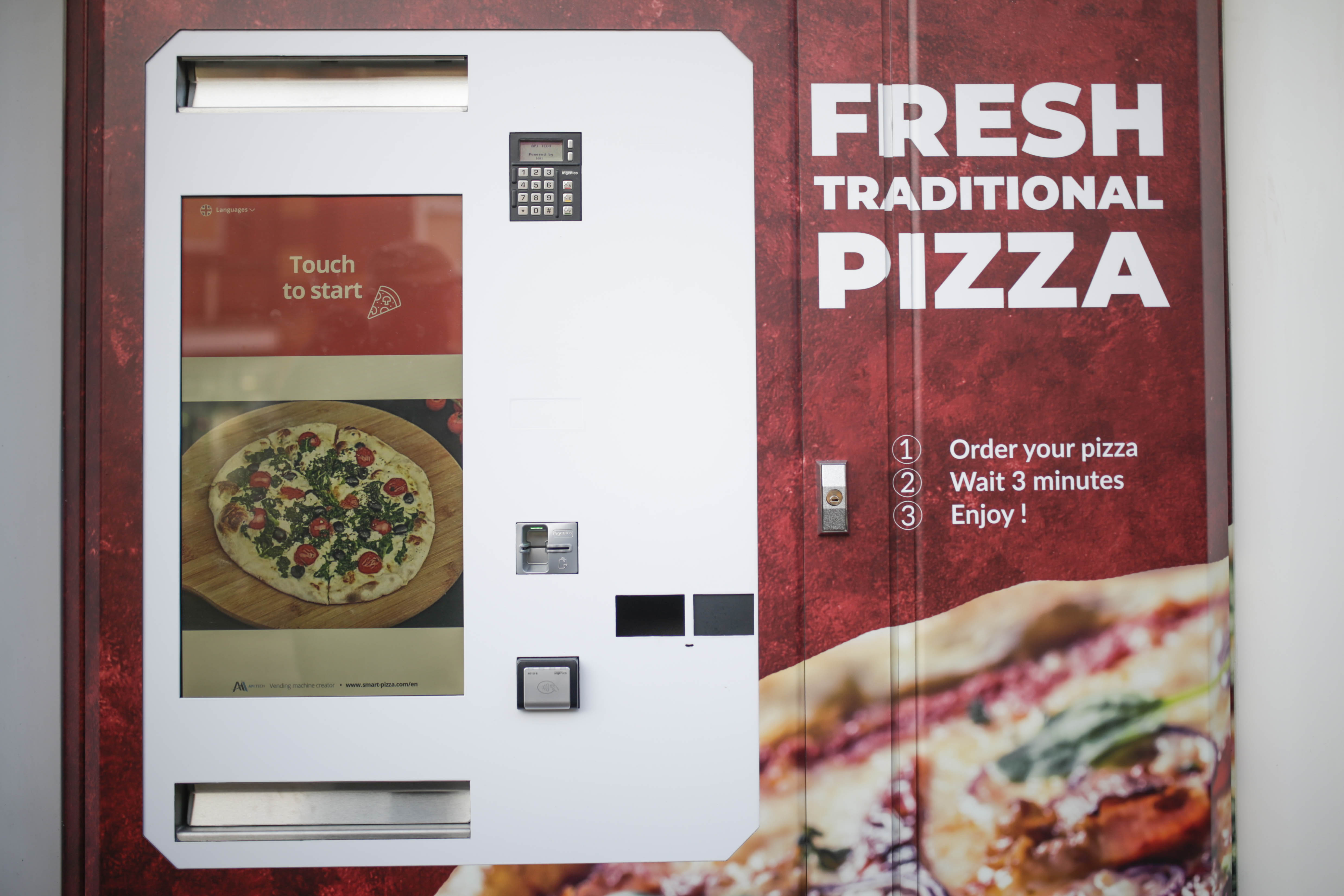 It then pumps out stone-baked, hand-made pizza in just three minutes, with vegan and gluten-free options too.

The machine has enough space for 98 pizzas, which have all been part-cooked and refrigerated for 48 hours before being stored in it.

When someone orders a pizza, the machine cooks it in one of two ovens, puts it in a box, and delivers it through a little letter box to the street outside.

The “Smart Pizza” machine is installed outside Pizza Bella, an independent pizzeria in Bedminster, Bristol, but it was manufactured by a company called API Tech. 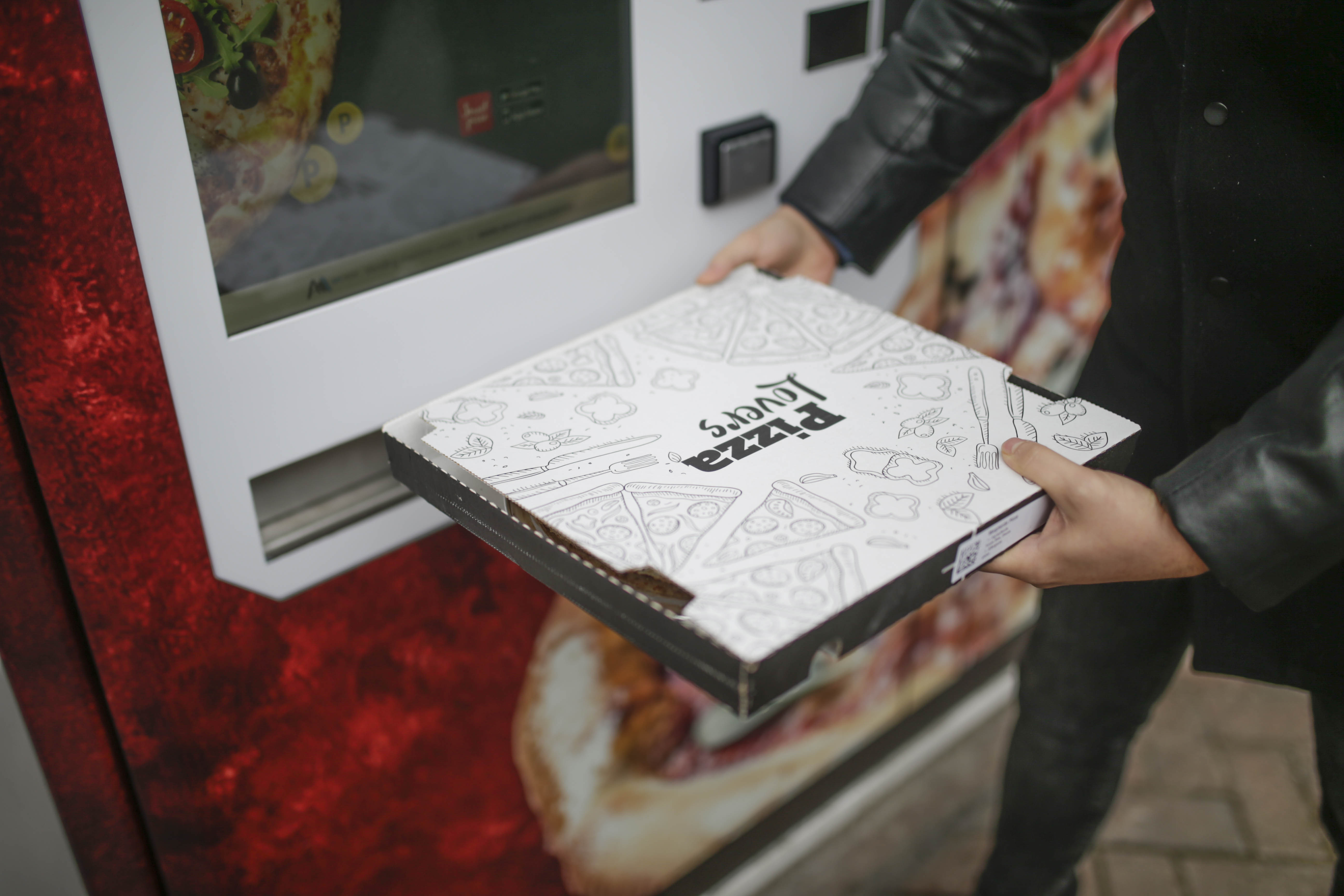 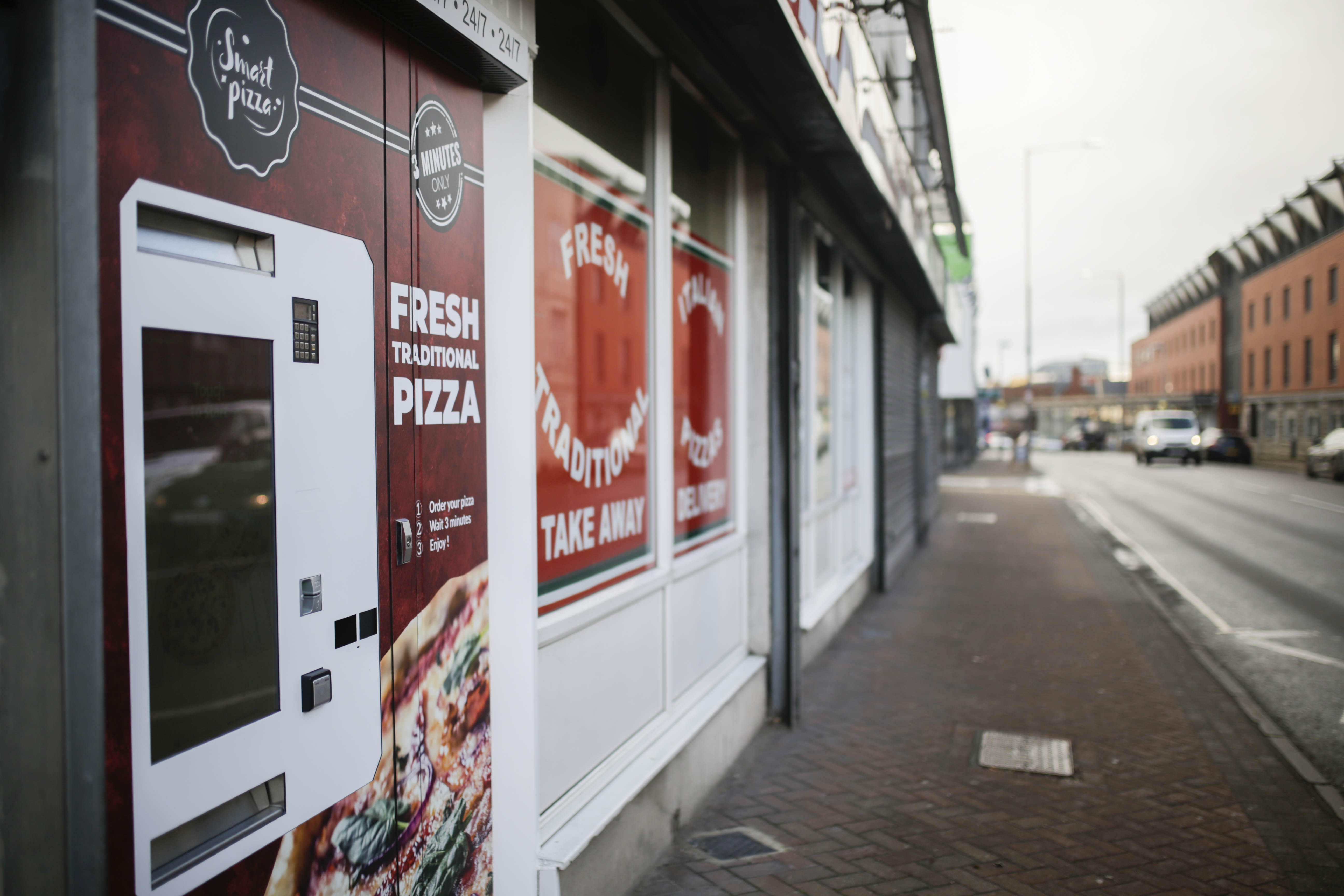 Pizza Bella owner Sina Kiaei told Bristol Live that the machine is the first of its kind in the UK.

However, one “Smart Pizza” machine has already been installed in the Isle of Man, while another is due to be set up in Glasgow.

API Tech, meanwhile, is a French company with clients in the UK, France, Germany, Belgium, Norway, Luxembourg, the Netherlands and the US.

According to trade publication Pizza Marketplace, there are 223 "Smart Pizza" vending machines across Europe and two in the US. 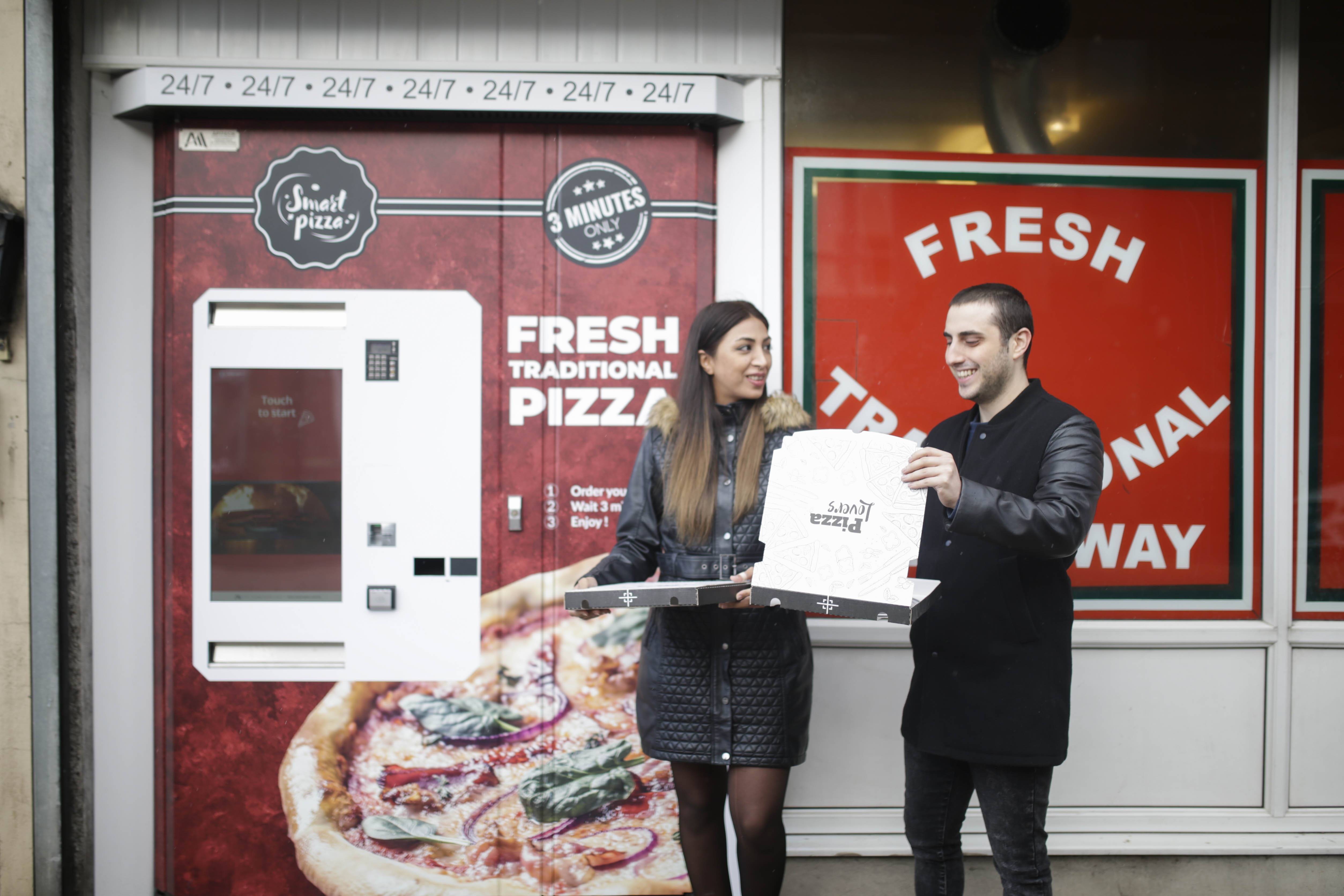 Mr Kiaei said the idea came to him during the first coronavirus lockdown when the restaurant was forced to close.

He said: “I was just going through thinking about how to somehow become a drive-thru, but that’s not possible – we’re on a main road.

“So I came across this, it’s just started out in France, and I had this one shipped over from France.”

It's not clear how much customers are charged for the vending machine pizza, or if prices differ compared to dine-in options.

But to give you an idea of prices, Pizza Bella sells a margherita pizza for £10.49, while a pepperoni pizza costs £12.49.

We've asked Pizza Bella for clarification and we'll update this article when we know more.

For more pizza news, Pizza Hut is selling a chicken, bacon and stuffing pizza with a red wine gravy base as part of its Christmas menu.

Plus, Domino’s now does a doner kebab pizza.

If chicken is more your bag, the KFC Christmas menu includes a burger that you can cover in gravy.

The Met Gala Has Been Postponed