Xiaojie Tan was a mother, a friend and a business owner. To American friends, she went by Emily. She ordered from Saigon Cafe in Atlanta and ate brunch near the river. She was a licensed massage therapist with a knack for deep-tissue techniques. She gathered friends and employees for food in the breakroom of her shop, her friend said, and she treated everyone equally.

Tan owned Young’s Asian Massage, one of three Atlanta-area spas attacked in a mass shooting on March 16. Tan was one of eight people who died in the attack — six of whom were Asian women.

Tan’s friend, Greg Hynson, described her business as a place where the employees’ personalities were a reflection of her own: warm, intelligent and hard-working.

When employees at Young’s Asian Massage made or ordered extra food, Hynson, who lives nearby, said Tan would call him and say, “Have you had dinner? Come on up.”

In the shop’s break room, Tan and her employees would sit with Hynson, laughing and eating takeout or dishes they’d cooked.

Tan was a licensed massage therapist, and Georgia business records show that she owned Young’s Asian Massage and four other businesses, including another massage business about 20 minutes away.

“She worked every day, open to close,” Hynson said. “Her tremendous business was a reflection of her hard work.” 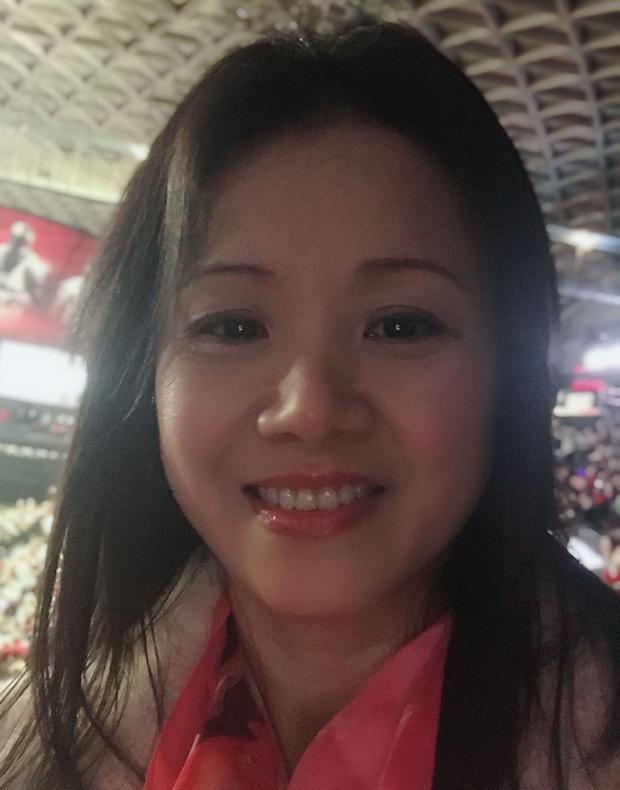 If she wasn’t working, Hynson said, she was with her daughter. “She was proud of her daughter,” Hynson said. When she attended her college graduation, she sent Hynson a photo of herself, beaming in the crowd.

“She’s a hard worker. I just don’t know why this happened to her,” said Ashley Zhang, a friend of Tan’s “I cannot accept it. So, far I still can’t accept it.”

She was “open, curious, eager to learn new things,” Hynson said, and would ask him questions about restaurants and new foods she wanted to try. He said she’d recently traveled to Disney World and to China to visit family.

Hynson said Tan loved her friends and family, and she showed it. On his most recent birthday, she told him to come to the store, where she surprised him with flowers and a birthday cake. “I was like, ‘Oh my god.’ How lovely is that?'” he said.

Tan would have celebrated her 50th birthday last Thursday — two days after she was killed inside her business. Hynson planned to bring her a cake and a gift to celebrate, hoping he could surprise her this time.

Instead, he saw her for the final time last weekend. He had 20 or 40 minutes to spare while waiting for bedding to dry at the laundromat, so he decided to swing by and see if Tan was free. “They happened to be busy,” he said. “She poked her head out when I walked in,” he said, and he told her he’d talk to her later.

“Unfortunately, I never did,” he said.

The man accused of fatally shooting eight people has been charged with eight counts of murder. Authorities said it was still too early to rule out a hate crime. Reports of anti-Asian hate crimes rose nearly 150% in major U.S. cities in 2020, reflecting a growing trend of discrimination against Asian Americans during the coronavirus pandemic.

Hynton said, typically, four other employees worked in the massage parlor with Tan, and the women who worked for her usually lived in her house, each with her own room. The women who worked at Young’s were “super friendly, super sweet, super-nice,” Hynson said. “The girls’ personalities were a reflection of Emily,” he said. “Good people usually have a lot of good people that surround them.”

Daoyou Feng, 44, was one of Tan’s employees and was also killed in Tuesday’s attack. Hynson said she’d only worked at Tan’s business for a few months, and didn’t speak much English, but he knew her to be a kind, easy-going person. Details about Feng have been scarce, and her family members could not be reached by CBS News.

Paul Andre Michels, 54, was also killed at Young’s Asian Massage. Hynson said Michels was a friend of Tan’s. “He was also a fix-it-all handyman,” he said. “If she needed lights put up. If she needed a wall painted or drywalled, or maybe she needed work done around her house — whatever.”

Hynson said Michels was easy to get along with. “He was always making jokes, trying to be goofy,” he said. 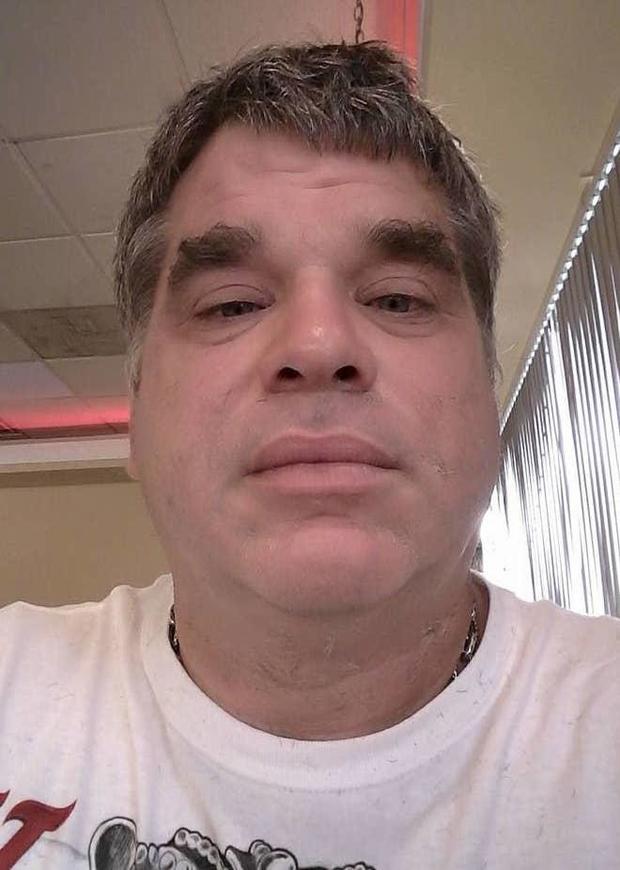 Michels was an Army veteran who owned a security system installation business in the Atlanta area. His brother, John, says his family is still processing Paul’s death “one day at a time.”

“I don’t think we’re going to actually feel the full shock until we actually go down there to the funeral,” he told the Associated Press.

Kikiana Whidby told CBS affiliate WGCL-TV that Michels was the godfather to her son. “I’m mad, it couldn’t have happened to a nicer guy,” she said.

Delaina Ashley Yaun, a 33-year-old mother of two, was shot and killed Tuesday at Young’s Asian Massage. She was a customer who was at the spa for a date night with her husband.

“She wanted a day, just her and her husband. Spend a little time together. All she wanted was their massages,” said Margaret Rushing, Yaun’s mother. “She didn’t deserve this,” she said, adding, “You come in and you took her life away. I just want to know why.”

Yaun’s husband, who was in a separate room when the gunman opened fire, survived the shooting. Yaun’s family has set up a GoFundMe page to raise money for her funeral and other expenses.

Four other women were killed at two other massage parlors.

Hyun Jung Grant, 51, was killed in the attack at Gold Spa in Atlanta. Her son, Randy Park, wrote in a fundraiser that Grant was a single mother who “dedicated her whole life to providing for my brother and I.”

“She was one of my best friends and the strongest influence on who we are today,” Park wrote.

He told The Daily Beast that he could tell her anything and that she was “like a teenager,” who loved dancing and Tiësto. Every night before she left for work, he said, they would eat sushi together.

Park said he and his brother had no other family in the United States, and that the rest of his family is in South Korea. “Frankly, I have no time to grieve for long. I will need to figure out the living situation for my brother and I for the next few months, possibly years,” he wrote in his GoFundMe post. Two days after creating the crowdfunding page, he had raised more than $2.5 million dollars.

“I will live the rest of my days grateful for what has essentially given my family a second chance,” he wrote in an update on the page. “My mother can rest easy knowing I have the support of the world with me.”

Yong Ae Yue, 63, was also killed in the rampage, according to the Fulton County Medical examiner. Her sons released a statement asking for privacy while they grieve and make arrangements for her funeral.

Yue’s youngest son, Robert Peterson, wrote in a crowdfunding post that his mother was a Korean-born American citizen. “My mom was an amazing woman who loved to introduce our family and friends to her home-cooked Korean food and Korean karaoke,” he wrote. “Will miss joining mom on her weekly Sunday routine to the grocery store and traditional Korean dinner.”

He added that they were in shock over their mother’s violent murder. “We sincerely ask for your fervent prayers for strength and courage as we endure the days, weeks, and months ahead,” he wrote.

“We are devastated by the loss of our beloved mother, and words cannot adequately describe our grief. To all those who have reached out to provide support and words of encouragement, thank you,” they said.

Suncha Kim, 69, also died in the attack. Her grandchild wrote in a crowdfunding page apparently set up for the family that Kim had moved to the U.S. from Seoul, South Korea, in search of a better life for her family. She spoke little English, the post said, and worked multiple jobs.

“As an immigrant, all my grandmother ever wanted in life was to grow old with my grandfather, and watch her children and grandchildren live the life she never got to live,” the page reads.

She had a son, a daughter and three grandchildren, the post said, and called her grandchild once a week to say, “Stay strong in life… when you’re happy, I’m happy.”

The Fulton County Medical examiner also identified Soon C. Park, 74, as a victim of the attack, though little was immediately known about her. The Korean government said that four Korean nationals, including one Korean citizen, were killed during Tuesday’s shooting.

Authorities said that Elcias Hernandez-Ortiz, 30, was shot and injured while standing outside Young’s Asian Massage. In an interview with the Washington Post, his wife, Flor Gonzalez, said he called her after he was shot, and said, “I have been shot! Please come! I need you!” She told the Washington Post she believed he was on his way to a shop next to the spa to send money to their parents in Guatemala.

Rachael Leigh Cook on finding love after divorce: ‘I did good’