A weightlifting coach suing a young female athlete 45 years his junior for defamation after she accused him of pressuring her for sex will be the first plaintiff in Victoria subjected to a new legal test aimed at weeding out trivial cases.

Robert Wilks, 68, will appear in the Victoria County Court on Tuesday, when his lawyers will argue that a defamation trial over emails and social media messages sent by international student Dori Qu, 23, should proceed.

Wilks wants damages from Qu after she made complaints that he had forced her into sex while he was head coach at the Melbourne University Weightlifting and Powerlifting Club. Wilks was later banned from campus. 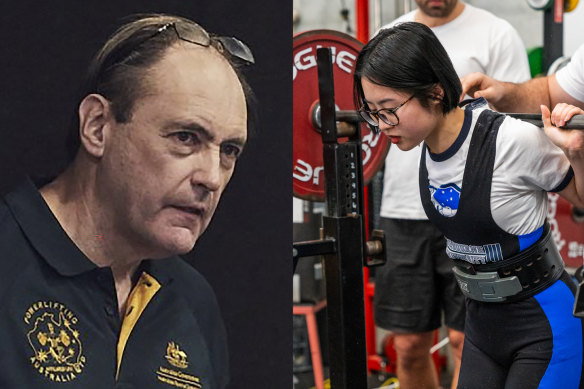 A total of five people received the allegedly defamatory material that Wilks said destroyed his reputation and portrayed him as a rapist, sex offender and serial sexual predator who targets small, Asian women.

The case centres around two emails sent by Qu to one person at Melbourne University and two people at Powerlifting Australia, the sporting organisation Wilks runs as chief executive.

“He would call me and not let me get off the phone until I said he could come to my apartment. Then as soon as he walked in, he would say he already took a viagara (sic) and ask me to orally gratify him,” her email to Powerlifting Australia stated.

“He would also insert himself when I have clearly said no.”

Wilks is also suing over social media messages sent separately by Qu to two other members of the weightlifting club telling them that she had been harassed by Wilks and asking if they knew of another victim.

In her email to Powerlifting Australia, Qu said she was prompted to report the allegations after making contact with another woman who she claims “suffered what I suffered”.

“And no one believed her, so she left the club. She is also a petite Asian girl who I do not doubt trusted the coach and was very vulnerable,” Qu wrote. “Two of us spoke up. How many more were there besides us?”

The allegations reached a wider public audience after Wilks included them in court documents filed against Qu, which were reported by The Sunday Age. 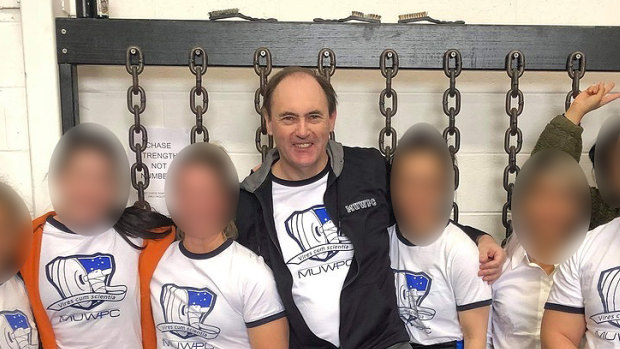 Robert Wilks has been banned from Melbourne University campuses where he previously coached.

After conducting an investigation into Qu’s claims, Melbourne University permanently banned Wilks from its campuses earlier this year.

Before the case gets to a costly trial, Wilks will have to satisfy a judge that he was “seriously harmed” by the publications made by Qu under reforms to defamation law introduced on July 1 last year.

The changes were made after Victoria’s courts experienced an increase in defamation cases, many of them involving “backyard disputes” between two individuals.

While he couldn’t comment on the merits of the case brought by Wilks, media lawyer Justin Quill, from Thomson Geer Lawyers, said that the new serious harm test should stop minor disputes from going to court.

It is unclear exactly how the test will be applied, with the Wilks lawsuit likely to become a test case for future defamation proceedings.

“In the past, harm was almost the last thing you would consider when deciding what damages you should get, now it’s the first or one of the first,” said Quill.

In NSW, where the serious harm test has been applied, a judge said that the new rule “abolished the common law rule that damage was to be presumed and not proved”.

Quill, who acts for media companies, said that defamation action was costly to defend, which gave a lot of power to those bringing matters to court.

“Cases have been brought and legal costs incurred that far, far outweigh the real harm that might have been caused by publications,” he said.

“Almost always the legal costs in a case dwarf the damages awarded.”