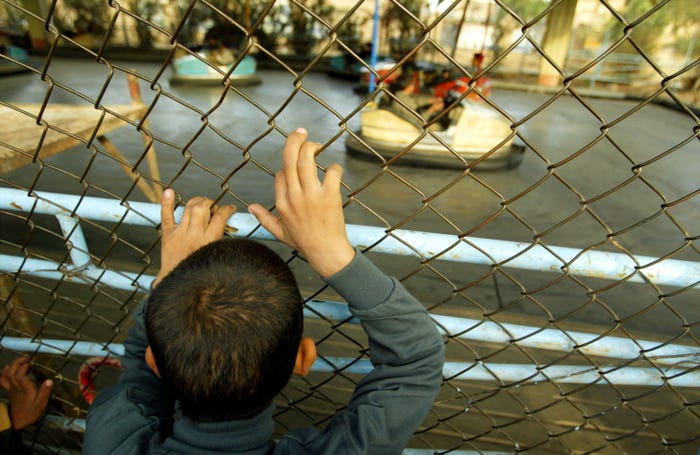 Most parents have, at one point or another, told their kids, "Because I said so!" or "I'm the parent — that's why!" While asking kids to complete a task again and again or having to justify yourself can be draining, expecting kids to listen all the time just because you're the adult is indicative of an outdated and harmful parenting style called authoritarian parenting.

Authoritarian parents are very strict. They expect children to listen and follow directions, or face severe consequences. Often, they get kids to follow the rules using threats or shaming. At the same time, they don't nurture or engage with children, or give them the positive feedback that parenting experts say kids need to thrive.

"Authoritarian parenting is a parenting style characterized by high demands and low responsiveness," said Alisa Ruby Bash, a family therapist based in Malibu, California. "Parents with an authoritarian style have very high expectations of their children, yet provide very little in the way of feedback and nurturing. Mistakes tend to be punished harshly."

The consequences of authoritarian parenting

Parents who take this hard-line approach to parenting often think that strict discipline will benefit their kids. That's not the case, according to Bash.

"The research shows that this style of parenting has negative impacts on children developmentally, and socially," Bash said. While kids raised by authoritarian parents might follow the rules, they often struggle.

Authoritarian parenting has been linked with increased risk for drug use and lower academic achievement.

Authoritative parenting may be a better option

The negative effects associated with authoritative parenting aren't necessarily the result of high expectations, they come from the way that parents fail to respond to their children emotionally. For parents who want to have clear rules for their children, authoritative parenting offers a healthier, more effective approach, according to the American Psychological Association (APA).

Authoritative parenting might sound similar to authoritarian parenting, but there are key differences.

Both parenting styles involve high expectations for kids, boundaries, and discipline. But rather than relying on blame, shame, and fear, authoritative parents respond to their kids emotionally. They listen to their children's viewpoints, and explain their decisions using logic and reason to help kids understand the reasons for parental decisions.

If you like to have control or were raised by authoritarian parents, you might adopt that parenting style yourself, Bash said. To switch from authoritarian to authoritative parenting, you can start by communicating to your kids about emotions and feelings.

"Treat them as human beings and work on bonding through love and authentic communication," Bash said, adding that a licensed counselor can be helpful for parents who want to change their approach to parenting.

Can YOU spot 7 differences between these vibrant beach scenes?

Here’s How Emma Corrin Perfected Her Diana Role In The Crown
We and our partners use cookies on this site to improve our service, perform analytics, personalize advertising, measure advertising performance, and remember website preferences.Ok