Home » Lifestyle » Why are the proposed industrial relations laws controversial?

The government says its proposed IR laws would help raise wages. Bosses say they could lead to strikes. What are the sticking points?

You might’ve heard a bit of noise lately about multi-employer bargaining and wondered what it is. We’ll explain that in a moment, but it’s fair to say it’s opened up a bit of political pain on multiple fronts.

The new laws aim to put gender equity front and centre in work arrangements in Australia, bringing women’s pay packets in line with men’s. They also ban pay secrecy, which has been blamed for keeping a lid on low pay. But the more controversial part of the legislation has been the expansion of multi-employer bargaining, which aims to get more workers negotiating new pay and conditions.

How will the new laws work? And what are the sticking points? 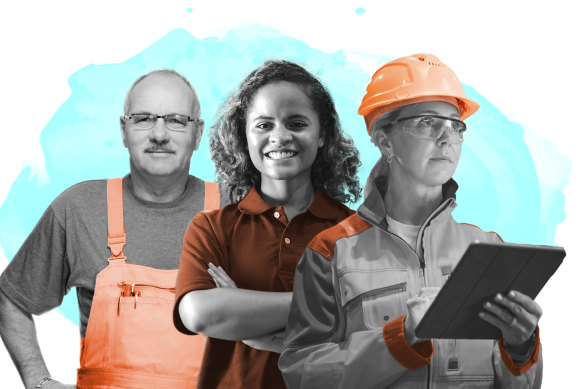 The 249-page bill makes a series of changes to the Fair Work Act, Australia’s core workplace relations laws brought in under former prime minister Kevin Rudd in 2009. It replaced John Howard’s divisive WorkChoices reform, elevating the use of collective agreements – with unions as active participants – over individual agreements between employers and staff.

For University of Sydney industrial relations expert Professor Shae McCrystal, what makes the new bill so different to previous reforms is its mission to empower women in the workplace. “There’s a real engagement in the things that hold women back,” McCrystal says, referring to the gender pay gap and a move to increase bargaining power for sectors dominated by women.

But the part of the bill getting all the attention is an alternative to enterprise bargaining; Australia’s primary collective bargaining tool that allows for workers to negotiate with individual employers. Introduced in the Hawke-Keating era of the early ’90s, enterprise bargaining has been subject to long-term decline. According to government data, the number of employees on enterprise agreements peaked at 43 per cent in 2010 and is now about 35 per cent.

Both businesses and unions agree the system is broken because the rules are too complicated for workers and businesses.

One solution has been to simplify the “better off overall test”; the legal threshold for approving such agreements. The BOOT, as some call it, ensures workers are not worse off under an agreement than the base entitlements of an industry award. It has been changed under this new bill to allow the Fair Work Commission, the gatekeeper of all agreements, to avoid getting bogged down in too much legal talk, including by ensuring agreements aren’t held up by hypothetical scenarios.

The other proposed solution is multi-employer bargaining.

Put simply, multi-employer bargaining allows for workers from different workplaces to come together to negotiate with their businesses for better pay and conditions that will apply to all of them.

The bill proposes three streams of multi-employer bargaining: co-operative, which is an opt-in stream for small businesses; supported, including for low-paid, feminised industries such aged-care and childcare; and single interest, which is basically for anyone else who wants to band together because of similarities (for example, they might all work in the same field or at the same site, such as a brewery or industrial area).

The key hurdle to this bill becoming law is this proposed “single interest” stream. Now, employers have to agree to start negotiating an enterprise agreement. Under this new law, a majority of workers would be able to start the process off their own bat, without any input from their bosses. If the employer doesn’t agree to bargain in good faith, workers can ask the Fair Work Commission to intervene. Employer groups argue this will draw them into agreements that might not suit their particular business – say, because it doesn’t have the scope and resources of a larger business that has been part of the agreement.

Businesses also say if workers across several companies negotiate together, the legislation will make it easier for widespread strikes to occur.

To undertake multi-employer bargaining, workers must also pass a public-interest test, and a common-interest test, to ensure it is appropriate for them to bargain together. However, employers say the drafting of these tests is too vague.

How would it affect you?

Those who work in aged care or childcare, or in other industries classified as “low-paid”, will be in the supported stream and will be given the opportunity to negotiate with other workers in similar workplaces and their employers. They will also be given a new right to strike as part of those negotiations.

Those who work in a small business, or own one that hires 15 or fewer staff, will be counted in the co-operative stream and won’t be forced into an agreement. No one is allowed to undertake industrial action in this stream.

Employment and Workplace Relations Minister Tony Burke has promised that employers and their workers who already successfully negotiate enterprise agreements will continue to be able to do so.

Other changes include a limitation on fixed-term contracts, such that your employer cannot keep placing you on finite agreements. Employees will also be given greater power to push for more flexible working arrangements, and pay secrecy clauses, which prohibit employees from discussing their pay with one another, will be banned.

Will it lead to more strikes?

The bill would have “significant ramifications” including the risk of more strikes, the Business Council of Australia, Australian Industry Group and the Australian Chamber of Commerce and Industry declared in a joint statement in October.

The government says it hasn’t expanded the right to industrial action under the single-interest bargaining stream, merely given people bargaining across multiple employers the same right. However, employers argue the common interest test, which can bind workplaces by geographical location, nature of the enterprise and whether they are government funded, means large chunks of industries or critical infrastructure could be made vulnerable to strike action.

The government argues its reforms would make industrial action more difficult workers and employers would have to undertake compulsory conciliation before any action was possible.

The bill will also give the Fair Work Commission the power to intervene, end industrial action and determine an outcome for parties who have reached a stalemate.

The “co-operative” multi-employer bargaining stream, which is aimed at small businesses and their employees who typically don’t have unionised workers or access to large HR departments, will be voluntary for people to enter into, and they will not have access to protected industrial action.

The one stream where the right to strike has been added is “supported” multi-employer bargaining, which is for typically low-paid, feminised industries, such as aged care and childcare.

Burke wants the legislation to pass this year, and is pushing it through the House of Representatives to give the Senate time to debate and vote on it by the final parliamentary sitting day of the year on December 1.

The pace of the bill has drawn criticism from business groups and crossbenchers in both houses of parliament who protest they haven’t been given enough time to digest its content. Burke has already made several changes to the bill in the hope of placating those who will be most influential in ushering it through parliament by the government’s self-imposed deadline.

Several crossbenchers have raised the prospect of splitting the bill, so the uncontroversial sections can be passed, and politicians and interest groups can have more time to consider the contentious bits. But Burke has told ABC television the problem with that approach is “the contentious one you referred to in multi-employer bargaining is a measure that precisely will get wages moving”.

“If having wages at the moment in Australia running at 2.6 per cent and inflation running at 7.3 [per cent], if that doesn’t give us a sense of urgency, I don’t know what will,” he said.

Will we get paid more?

When taken as a whole, the legislation is designed to give greater leverage to workers and unions. One example is making gender equity an object of the Fair Work Act. The government inserted it to close the “unacceptable” 14.1 per cent pay gap between men and women. This means the industrial umpire will have to take that inequality into account when deciding whether to approve deals that come before it.

Unions have also been given the power to veto multi-employer agreements hatched between workers and employers, and to kickstart negotiations to renew enterprise agreements more easily.

In arguing for the ability of multi-employer agreements to deliver higher wages, Burke told ABC’s 7.30 on November 2 that workers from a group of Victorian childcare centres received pay increases between 12 and 16 per cent through multi-employer bargaining.

Asked whether childcare workers generally could receive a similar rise, Burke said “no”, there would be different circumstances for different agreements.

Asked at the weekend whether hospitality and retail workers would receive more pay under the bill, Prime Minister Anthony Albanese said such decisions ultimately rested with the Fair Work Commission.

McCrystal says it’s “anyone’s guess” whether the bill will lead to better pay, but says it will be instructive to watch the low-paid sectors, such as aged care and childcare, where greater leverage will be given to workers.

“There’s a real possibility we may see some meaningful shift in some low-paid sectors,” she says.

Sign up to get our new Explainer newsletter – enlightening explanations for the world’s complex issues, delivered to your inbox every Sunday night.

Chelsea vs West Ham: 125/1 odds boost for Jesse Lingard and Mason Mount both to score from outside the box