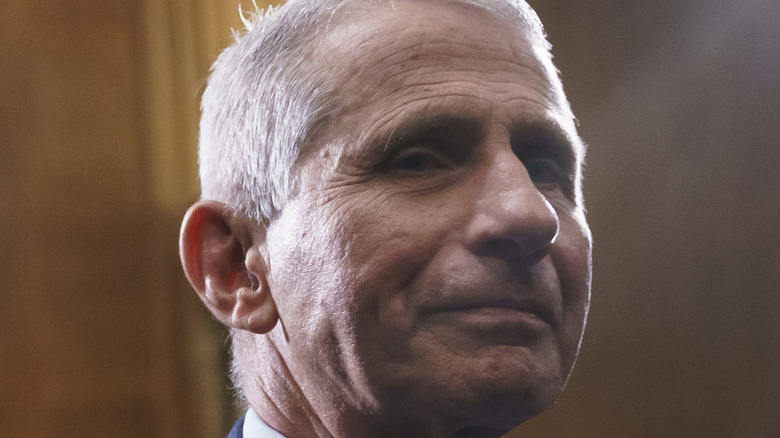 Public health expert Dr. Anthony Fauci is in the crosshairs yet again over accusations that he might have funded research that can be linked to the ongoing coronavirus pandemic. The issue, which dogged Dr. Fauci for most of the summer, resurfaced this month when The Intercept published what it called “new details” about the research at the Wuhan laboratory, and which one group called “a road map to the high-risk research that could have led to the current pandemic.”

Dr. Fauci is accused of using American money to fund high-risk research by giving a grant to the U.S.-based EcoHealth Alliance, which subsequently gave $600,000 to the Wuhan Institute of Virology. Senator Rand Paul said two of the papers that came out of that research had demonstrated “gain-of-function” – which studies how a living thing learns or picks up a new ability. Dr. Fauci has denied this, saying that the research had been evaluated multiple times by several qualified groups, all of whom had said that the work was “deemed not to be gain-of-function” (via BBC).

The theory that the coronavirus pandemic was the result of a lab leak has been supported in part by series of experiments that seek to understand “gain-of-function” which can happen naturally, or it can be induced in a lab (via The Conversation). Some scientists have expressed concerns about conducting gain-of-function experiments, particularly when microbes that can cause a pandemic are involved, because they feel that these studies are not worth the risk, especially since lab accidents can happen. 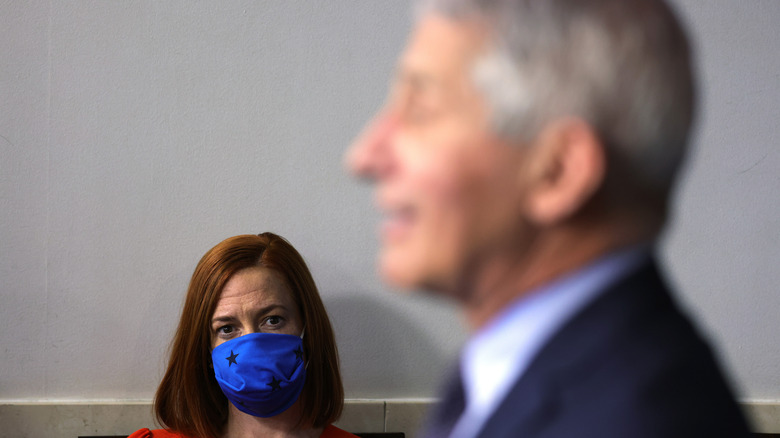 It was left to White House Press Secretary Jen Psaki to defend Dr. Anthony Fauci, saying “NIH [National Institutes of Health] has refuted that reporting. NIH has never approved any research that would make a coronavirus more dangerous to humans. We’re reminded that there are previous and different coronaviruses than the existing one we’re battling.” Because science showed that the viruses that were studied are not the ones that are causing COVID-19, Psaki said that what Dr. Fauci said at his congressional testimony “was correct” (via Daily Caller).

The internet was divided over Psaki’s defense — some were more irate by the fact that the press secretary didn’t linger to answer one question that was thrown just as she was walking out. “She [Psaki] is developing a BAD HABIT. If this continues I doubt she will be able to find work after leaving her current position. Most employers want someone who has just a little bit of GRIT,” grumbled one Twitter user. Another shot back, saying, “‘Like ohmigaaawd, why won’t she, like, answer my questionnnns?’ Rudely yell out a question when you clearly know Psaki is done, so you can play the poor victim and say ‘She like, totally ignored me, oh my gaaawwwd.’ No-one’s buying it.”

We still don't know what started the coronavirus pandemic 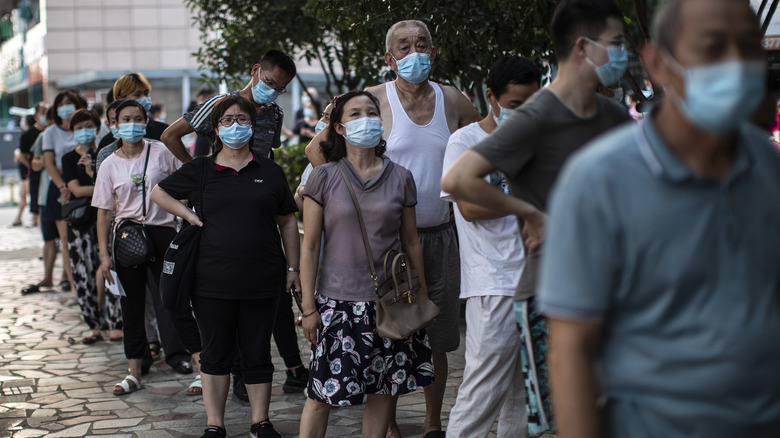 COVID-19 might have killed at least 4.6 million people and sickened more than 223 million around the world (via The New York Times). But despite the horrific cost to human life and the global economy which was triggered by the COVID-19 pandemic, we are no closer to learning more about the pandemic’s origins than we were just over a year ago, when China first sounded the alarm over the spread of the novel coronavirus.

Beijing’s reluctance to help international health experts and the World Health Organization with its investigation has only served to inflame tensions between China and the west, because countries like the United States feel China hasn’t been transparent about the pandemic’s early days, while China says the west is politicizing a matter that should be left for science to handle (via NPR).

At issue is the question of whether the virus was triggered by a leak from a Chinese lab in Wuhan, or whether the virus made the leap from bats to humans. Chinese officials are adamant that the lab leak theory doesn’t hold any water, but their reluctance to delve into the virus’ origins has left many wondering whether Beijing and its scientists at the Wuhan Institute of Virology have something to hide.

Jack Whitehall net worth: What is privately educated comedian worth now?

Dead body found in middle of road after carnival