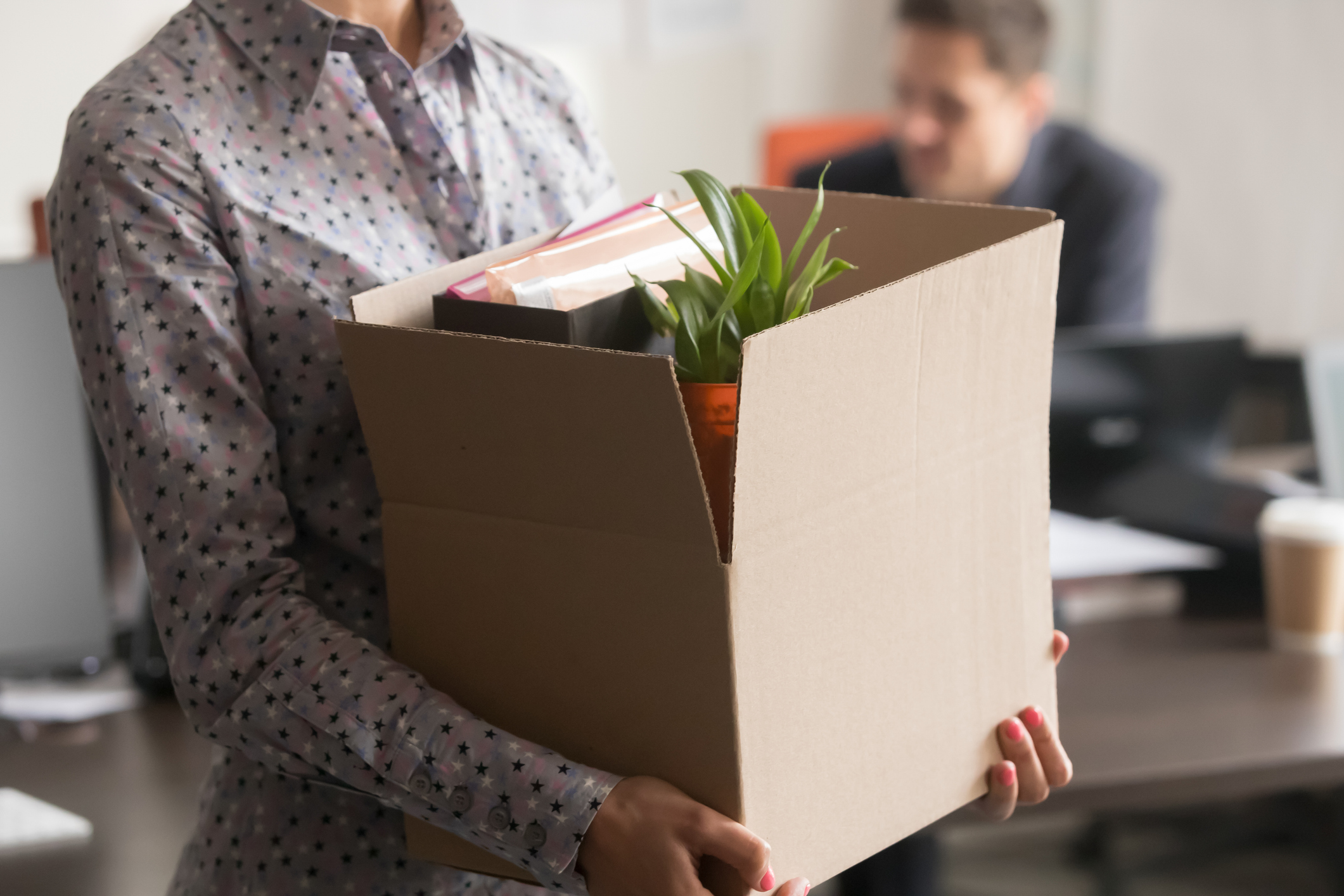 It was the fifth consecutive day I’d had to get a pep talk from my best friend before getting on my bike to cycle into work that made me realise I had to leave my job.

When I was there I felt anxious, unfulfilled and bored. I spent every spare minute fantasising about quitting, leaving the industry and starting fresh in something I actually wanted to do.

Events production was fun to start with; like one long party that took me all over the world, meeting amazing people along the way. It was so busy I rarely had much time to think, but when the deadlines passed and the events ended, I’d often think to myself, is this it? Is this all there is?

It was never really what I set out to do, never part of the plan, which I think is a feeling many people can relate to when it comes to their careers. We grow up thinking we’re going to be superheroes, and somehow find ourselves like I did, at 31, wishing away our precious days in a constant countdown to the weekend.

I kept my social life busy to try to make up for the lack of fulfilment I felt during the working day, packing in meals with friends and mid-week drinks, trying to make the most of every hour I wasn’t stuck in the office. I don’t think at that point I truly believed it was possible to enjoy work.

The days blended into one another as I tried to distract myself from the ennui. It was only when, every now and then, someone asked me where I saw myself in five years, I’d realise that the only truthful response was ‘anywhere but here’.

I have a better work/life balance, meaning my mental health has never been better

But it’s not easy to walk away from a career at 31, is it? Not when you’ve established a body of experience that earns you a certain wage you’ve become accustomed to — or when you’re actually pretty good at what you do and people are asking to pay you more to stay.

In my case, a lucky break (if you could call it that) came via an unexpected redundancy in 2019. Although it felt at the time a lot like the rug was being pulled out from underneath me, sitting in the room with the CEO and the HR manager, I just kept thinking — this is it! It’s time to become a writer! I’d spent my whole adult life wanting to be one but never having enough confidence to pursue it.

In the time since that fateful day, a lot has changed. First and foremost, I have built a working life that is much better suited to me — on a schedule that makes the most out of my short sharp bursts of creativity and love of deadlines. I also can genuinely say that I enjoy what I do; not all the time of course, but crucially, most of it. I feel incredibly privileged to be able to work in the job I’ve always dreamed of, and the lows don’t feel nearly as low as they did before.

It’s also kick-started a lot of other positive changes in my life; I have a better work/life balance, meaning my mental health has never been better. I get out in nature more than I ever used to and have a regular exercise schedule. I am better at keeping in touch with the people in my life, and have more interesting things to say to them than simply complaining about work (which I used to do a lot). I have made a lot of new friends with similar interests and generally opened my world up beyond getting drunk at the pub every night to ease work stress.

It’s for these reasons that I completely understand the motivations of those undertaking what is being dubbed in the media as ‘the great resignation’. It seems that as the stress of living in a pandemic has begun to ease, more and more people are quitting their jobs in pursuit of something different — some without a plan of where to go to next.

According to statistics from the US Labor Department, a record 4.3million US citizens quit their jobs in August. And in the UK, the number of vacant jobs surpassed the 1million mark for the first time ever in the same month, according to the ONS.

It’s clear that something’s happening, whether it’s derived from the extreme burnout reported by so many after working through a pandemic, often in understaffed companies during an objectively stressful period of life. Or whether it’s because so many people were stuck at home furloughed and simply gained enough perspective to realise they weren’t quite as enamoured with their jobs as they first thought. Or maybe even because they simply just decided now was a good time for a fresh start.

At the same time, the meaning of work and our relationship with it has been cast under scrutiny as other, much more pressing, issues and threats have come to the fore. I’ve lost count of the amount of people in my life who have expressed a desire to do something more meaningful with their days, prompted by the pandemic and the perspective it afforded them.

For parents in the UK, the over-inflated cost of childcare will also be a factor motivating job decisions. In an index measuring childcare costs in the OECD – which absolutely no one wants to come out on top of – the UK ranks in second place globally, with most parents spending up to 30% of their income on it. Based on the fact that mums tend to be those who pick up the slack where childcare falls off or who are even forced to quit, this is absolutely a feminist issue.

In this context, it’s hardly surprising so many people are taking advantage of the post-lockdown job boom.

I’ve genuinely never met one person in my life who has ever said, ‘oh I wish I didn’t quit that job’, or ‘I wish I hadn’t changed paths when it felt right for me’. Based on my own experience and that of the career-changers that often slide into my DMs, any decision you make that feels like a choice in the pursuit of happiness is hard to regret.

The key here though is often down to personal choice. When a decision is forced on you — whether it’s because of salary, childcare or mental health reasons — it is hard to feel optimistic about it. In these cases, it’s clear that employers need to be doing more, and hopefully the spate of resignations will prove to be a good motivator in this respect.

But for those who are taking this opportunity to look at their lives, and what they want out of them, more discerningly, I can say confidently the view from the other side is good. Sometimes it’s scary, but there’s nothing that makes you feel more alive or fulfilled than choosing yourself.

So if you’re currently sitting at your desk counting down the minutes until you can clock off and start living your life, I see you. It’s never too late to try to find something new, and from my experience, the pay-off can be huge.

This £22 cosy jumper dress is racking up reviews on Amazon