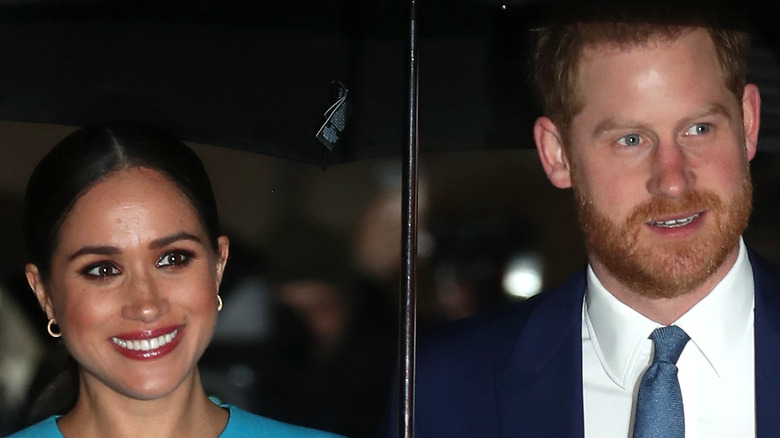 Prince Harry and Meghan Markle lost many of their titles and official responsibilities when they stepped down as working members of the royal family. But they made it quite clear to the palace — and the world — that they weren’t going to spend their days working on their tans in the California sun. To Queen Elizabeth’s assertion that “Megxit” would leave the couple unable to fulfill their “life of public service,” Harry responded, “We can all live a life of service. Service is universal” (via People). But now it looks as though some legal red tape may make it more difficult for the Sussexes to get one of their pet service projects off the ground.

One of the duke and duchess’ first initiatives after leaving the palace was to establish the Archewell Foundation. Named in part for their son, Archie (the word “arche” is Greek for “source of action”), the foundation has three main branches: the Netflix deal that will produce inspirational programming; an audio production initiative through Spotify that will present uplifting podcasts; and a philanthropic department that will fund studies and projects devoted to “systemic cultural change.”

Considering the fame and influence of the two founders — not to mention the impressive company they keep — it could be assumed that Harry and Meghan would have no problem putting all the legal details into place for their firm. Well, we all know what happens when we assume anything. It seems the Sussexes have some work to do before they can claim full control over Archewell. 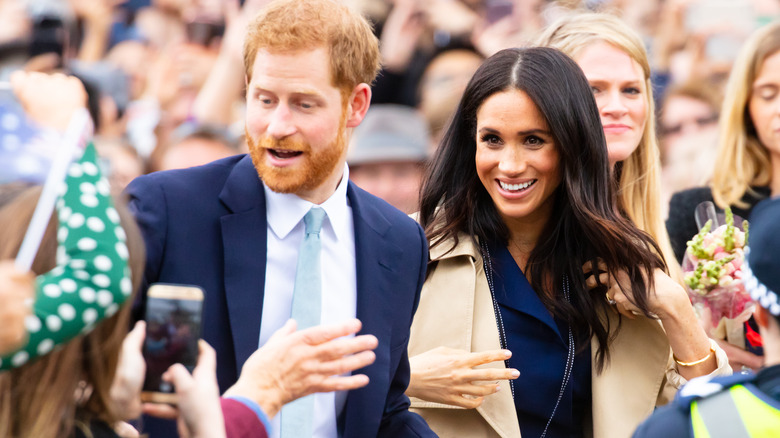 According to Tatler, the Duke and Duchess of Sussex applied for exclusive U.S. trademark rights to the names Archewell Foundation and Archewell Audio. Per the federal U.S. Patent and Trademark Office, a trademark “protects brand names and logos used on products or services.” Third parties would be forbidden to use the Archewell name or logo, or to create a name that looked or sounded too similar (like Archwell or Archie-Well).

However, the application wasn’t specific enough about the description of the services provided by Archewell. It was returned by the USPTO on June 25 with instructions to “clarify that these are entertainment-based services” (via Daily Mail). The office is also asking for a clearer explanation of the web apps the foundation would be providing, as well as a better idea of the “live stage productions” that will eventually be mounted by Archewell.

These seem like relatively minor fixes that could be readily handled by the Sussexes’ lawyers. But time is of the essence; the USPTO has given the couple only six months to submit the corrected application, or else it will be denied and the name Archewell will be available to anyone else who might care to trademark it. With all the criticism and mocking Harry and Meghan have endured in the past couple of years, the last thing they need at this point is to rethink the name of their foundation. Or worse — imagine what would happen if someone took advantage of the couple’s bad luck and created a chain of Archewell Burger restaurants or opened the Archewell Septic Tank Repair company somewhere in Oshkosh.

Man drowns while ‘trying to hide from police’ during night out

Will the property market go back into lockdown?

How to tell the difference between gut instinct and anxiety