A shoulder to cry on? Scott Disick hoped to find a confidant in Younes Bendjima when he allegedly sent a shady DM about their mutual ex, Kourtney Kardashian, but he got burned.

Scott Disick’s Feelings About Kourtney, Travis: What We Know

“Scott was definitely embarrassed by Younes sharing his DM,” a source exclusively tells Us Weekly. “He didn’t realize when he messaged him that that would happen. He DMed him when he was in a heated moment and was just looking for him to react the same way being that they both dated Kourtney.” 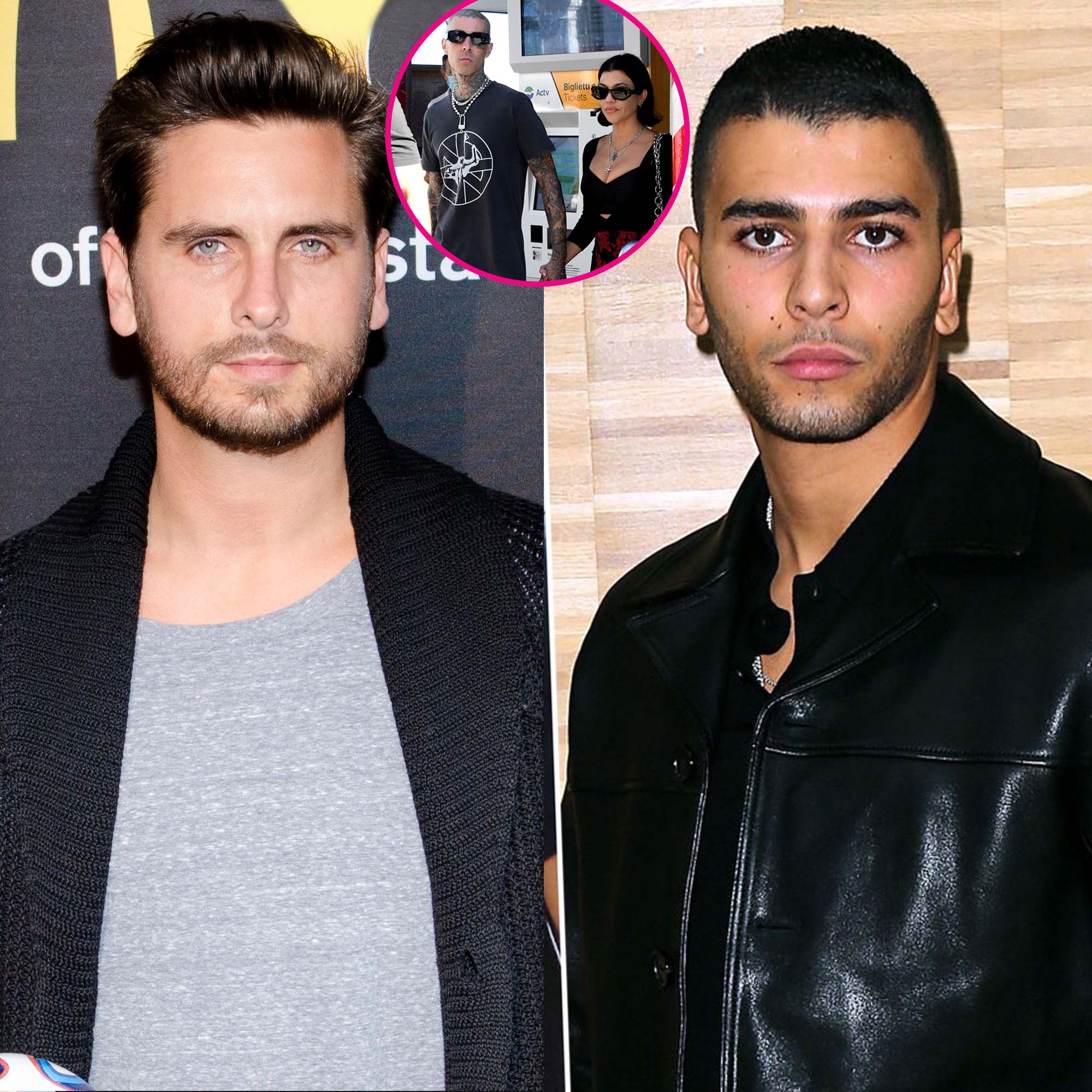 Disick, 38, has had his fill of Kardashian, 42, and Travis Barker showing PDA and needed someone he could vent to about it. “Scott’s sick of seeing photos of them splashed everywhere. He hates Travis,” the insider says. “But what’s really got him riled up is the effect Travis and Kourtney’s relationship is having on his relationship with Kourtney.”

According to the source, the Talentless founder’s situation with his ex-girlfriend — with whom he coparents son Mason, 11, daughter Penelope, 9, and son Reign, 6 — is “strained” because of her headline-making romance with Barker, 45.

Nevertheless, Kardashian was likely unfazed by her latest drama with Disick. “Knowing Kourtney, she’s probably just laughing about all of this and going about her business with Travis,” the insider tells Us. “Yes, she’s pissed Scott’s emotions about her and Travis are known now by everyone, but it’s not something she didn’t already know. She’s been told by friends how Scott feels. It isn’t going to change how she is with Travis, but it definitely made things worse between her and Scott.”

Every Time Scott and Younes Have Shaded Each Other

Bendjima, 28, put Disick on blast on Monday, August 30, when he shared a screenshot of a private message the Flip It Like Disick star sent him. “Yo is this chick ok!????? Brooo like what is this. In the middle of Italy,” he wrote alongside a photo of Kardashian and Barker making out on a boat while on vacation.

Bendjima added via his Instagram Story, “Keep the same energy you had about me publicly, privately. … Couldn’t miss this one. He been playing around for too long, tried to stay quiet and be the nice guy. Back to work now 10km.”

Kourtney and Scott: A Timeline of Their Relationship

Kardashian, for her part, tweeted, “John 15:7 If you remain in me and my words remain in you, you may ask anything you wish, and it will be done for you.”

Disick’s girlfriend, Amelia Gray Hamlin, also appeared to weigh in by posting an Instagram Story photo that read, “Let’s be nicer to each other. We’re all trying our best.”

The TV personality claimed during the June Keeping Up With the Kardashians reunion that he approved of Barker, whom Kardashian has been dating since late 2020. “I think if you really love somebody, right, you want them to be happy no matter what,” Disick said at the time. “So I do give her a blessing to be happy.”