Spilling the tea! Chrishell Stause revealed she almost sued her Selling Sunset costar Christina Quinn at the height of their fraught relationship.

During the season 4 finale of the Netflix reality show, which debuted last month, Stause, 40, accused Quinn, 33, of nearly ruining her life. In an interview with Vulture published on Sunday, December 5, the All My Children alum explained what had happened off screen to cause the emotional dispute.

“I’d rather just be honest and tell you: She tried to plant a false story when I was going through my divorce [with ex-husband Justin Hartley] and I had to have both sides confirm that it wasn’t true and then threaten legal action,” she claimed.

Us Weekly confirmed in November 2019 that Stause and the This Is Us actor, 44, split after two years of marriage. When Selling Sunset season 3 aired in August of the following year, the reality TV star claimed that she found out about the divorce petition via text message. Us exclusively confirmed in January that the former couple finalized their divorce.

Stause told Vulture that Quinn allegedly tried to plant the rumors about her relationship “right after my mom died [in July 2020],” adding, “It was a lot on my plate and kicking someone while they’re down and trying to spread a rumor that I was hooking up with someone. Both parties knew that is not what happened.”

The story never got out, but the former soap opera star felt betrayed by her coworker, calling the Texas native’s alleged meddling a hit “below the belt.”

“I had to spend thousands of dollars in legal fees and this isn’t the first time I dealt with something on this level,” Stause claimed. “She did it again recently, trying to say that me and [boyfriend] Jason [Oppenheim] were happening before, and it’s just not true.” 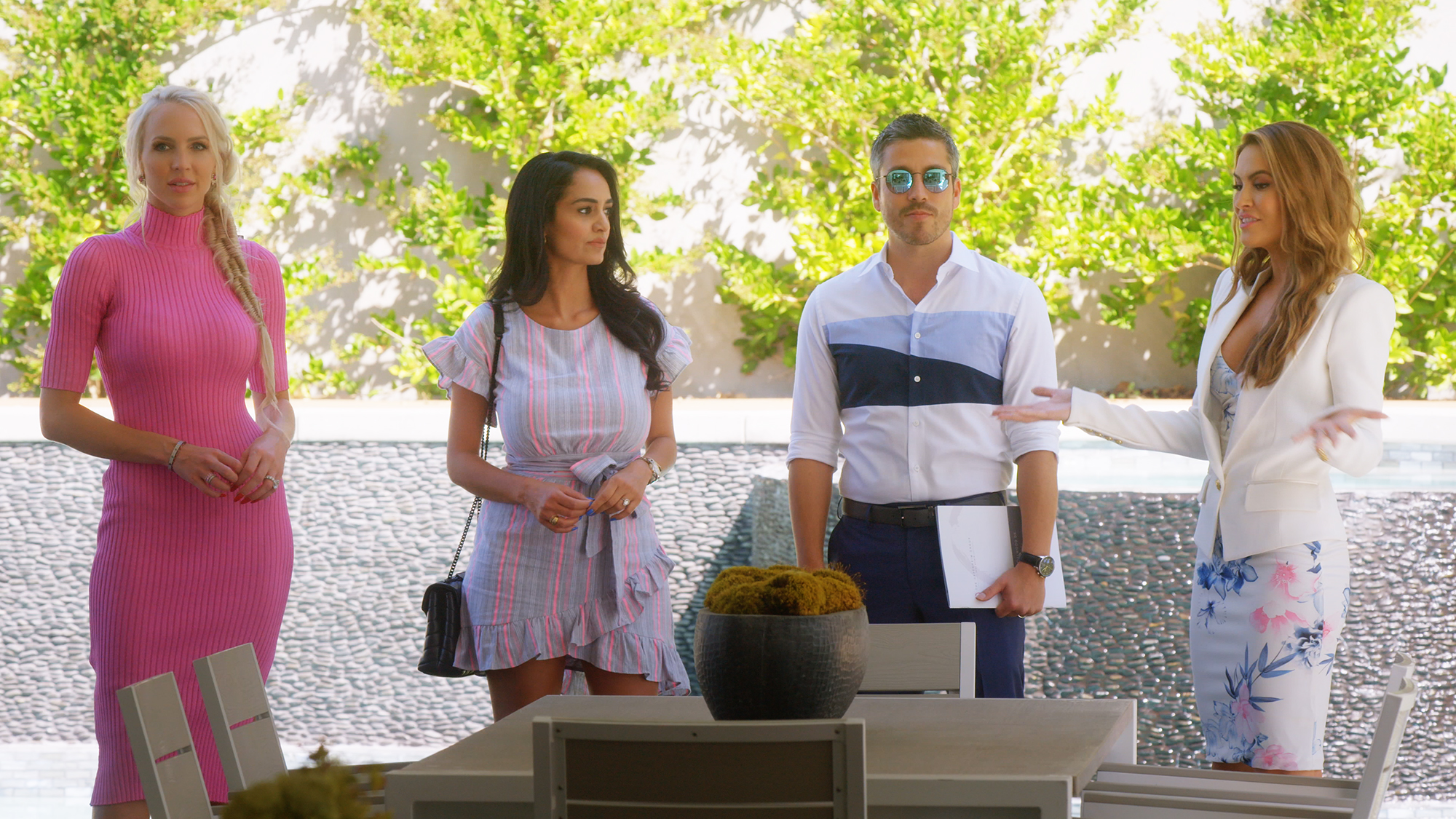 Stausee and Oppenheim, 44, went public with their relationship in July. Earlier this month, the founder of Oppenheim Group exclusively told Us that the couple wanted to keep their romance under wraps until season 5.

“I think when [a relationship is] public, it puts a lot of just added pressures and publicity and opinion,” he said in December. “I think it’s nice to kind of start a relationship in the way that normal relationships kind of grow and progress. And that’s just between two people.”

Meanwhile, the rumors involving Stause’s divorce had real consequences for her.

“You can understand how that really could take someone down and ruin them when everyone on the internet is trying to figure out what happened,” the Dancing With the Stars alum told Vulture. “[Christine] takes it as an opportunity to fill in some blanks that were blatantly untrue. It was many steps too far for me.”

Stause and Quinn have been at odds since Selling Sunset debuted in 2019. More recently, their relationship has been more acrimonious, with the actress even blocking the How To Be a Boss Bitch author on social media.

“I don’t think it’s a secret, you know, we’re not friends,” Stause exclusively told Us in June. “But I think the goal is to be able to be coworkers.”

‘Selling Sunset’ Stars Then vs Now: What They Looked Like Before the Show

However, the Kentucky native hinted that it’s getting hard to even be that anymore.

“I get it, the viewers want us to get along and they want this to go away and I couldn’t possibly feel more of the same way,” she told Vulture. “But when you get into the minutiae of what has really happened behind the scenes, it’s a tough bridge to rebuild.”

The 14 Best Movies to Watch on Valentine's Day

Inside the very modern kitchen named best in the world