Home » Lifestyle » Would you pay for a stranger to go on holiday?

What kind of person would dare ask perfect strangers to pay for their summer holiday? Plenty, it seems. Take Catalin Onc and Elena Engelhardt, a twentysomething German couple who, as their Instagram profile would have it, see themselves as "lovers, travellers, dream chasers". They forgot to mention "shameless freebie-hunters". 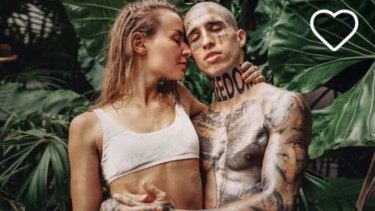 For last week, the GoFundMe page set up by the social media influencers to crowdsource their once-in-a-lifetime dream holiday went viral.

Their plea for funds (€10,000, to be precise – $16,360) makes for eye-watering reading. "Starting on the 20th of July in the middle of Germany, on a tandem, me and Eli will cycle towards Africa, and hopefully beyond," writes Onc. They proposed to "take us all" with them, via their Instagram profile, of course. Something for their 46,000 followers to look forward to as they pose in infinity pools and on mountain tops during their African tour.

In a surprise to no one, it has all backfired spectacularly. Following widespread criticism from their followers, who accused them of freeloading and suggesting they have a word with themselves and "get a job" – "Unbelievable! Grow up, get work and save for any world tours you want to make. You are entitled, spoiled brats, the pair of you!!!" – the couple left Instagram in a huff.

On closer inspection, it seems they are not alone in this unashamed attempt to outsource their holiday costs. As one helpful advice column states: "Being able to afford a dream vacation isn't easy, but there are plenty of microfunding sites out there making it easy for aspiring travellers to ask everyone, from loved ones to kind strangers on the web, for the funds to go on their trip."

There's Fundly, which allows you to blog updates once you're on your crowdfunded trip, where current pleas range from "We need help getting to San Antonio for a guys trip", to a woman with a "dream to travel to Italy" (neither seem to have gained much traction yet). Fund My Travel – which seems chiefly to be made up of youngsters funding volunteering abroad projects – take a 5 per cent cut when you advertise your trip with them. Then there's Honeyfund for Honeymoons (they take a 2.8 per cent cut if you need the cash immediately), and JustGiving (typically used for charity fundraising).

When raising money for charity is involved, it doesn't feel right somehow to be cynical. But in an era of holidays masquerading as "sponsorship challenges" and "fundraising expeditions" cleverly masking a fabulous opportunity to hike the Inca Trail or go scuba diving in coral reef with endangered seahorses, where should we, the paying public, draw the line?