Is this the grossest gender reveal EVER? YouTuber strips from the waist down and FARTS blue gas to announce the sex of a baby in a baffling video

Actress and social media ‘prankster’ Paige Ginn seems to have noticed that gender reveals have grown more and more over-the-top, and this week she outdid them all with her own flatulent surprise.

The 25-year-old posted a short clip titled simply ‘Gender Reveal,’ in which she is shown laying naked from the waist down before farting out blue dust in front of friends and family. 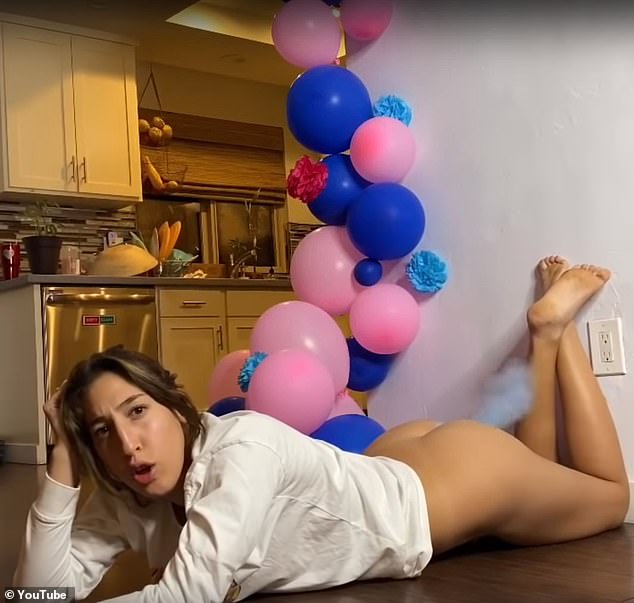 Toot for a boy! YouTuber Paige Ginn is going viral for a farting gender reveal video 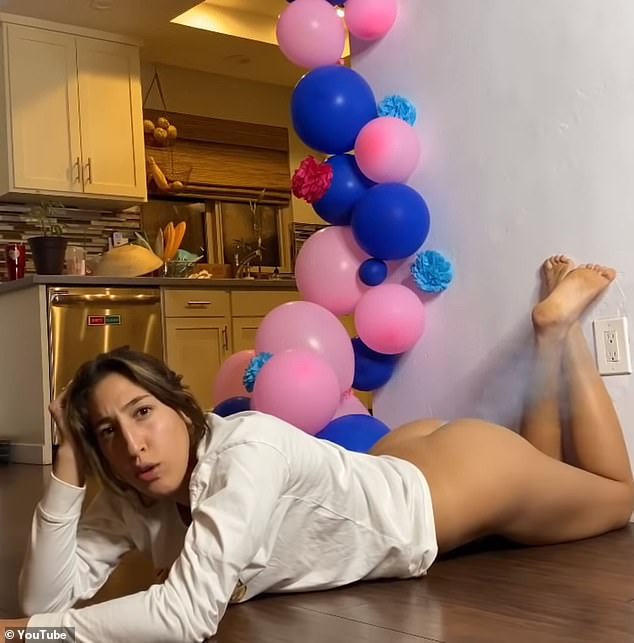 Just gassy? The 25-year-old doesn’t appear to actually be pregnant, but rather is making fun of gender reveal videos 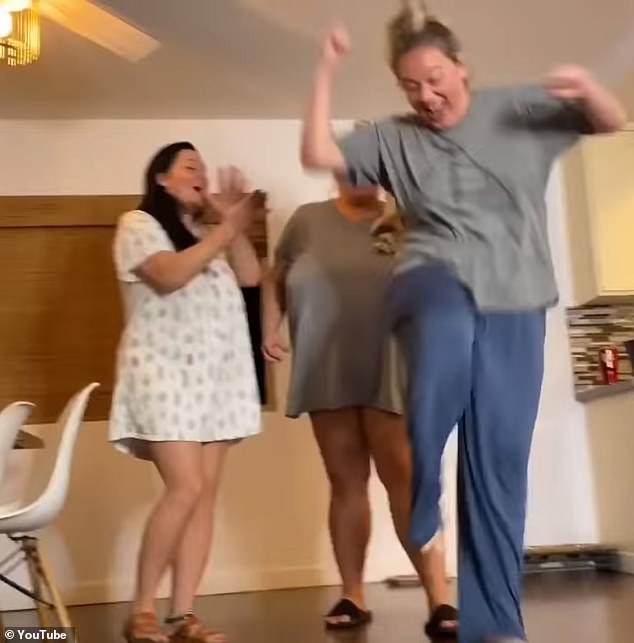 Cloud 9: In the clip, after she farts out blue smoke, her friend celebrate

These days, expectant parents go all-out to break the news of their baby’s gender to friends and family, but Paige just broke wind.

On Monday, the YouTuber posted a six-second clip that’s already been viewed more than 700,000 times across YouTube and Instagram.

On Facebook, it had been viewed more than 18 million times before it was removed.

In it, she is seen laying on her stomach on a wood floor wearing just a white top and nothing from the waist down, exposing her backside.

Behind her are blue and pink balloons, setting the gender reveal feel.

She looks at the camera and then tenses, letting out a fart — which is visible thanks to a blue gas or powder.

The camera then pans to three excited women who celebrate.

‘All future gender reveals are cancelled,’ Paige quipped on Twitter.

It doesn’t appear that Paige is actually pregnant, but rather that she made the video to poke fun at other gender reveals.

She frequently posts photos of her backside on Instagram, and has quite a few videos on Facebook and YouTube that revolve around farting, fart pranks, and fart jokes.

While some people find her videos funny, others have called her ‘disrespectful’ and ‘childish.’

‘It’s so funny to me,’ she told Vice in 2016. ‘I didn’t mean for any of this to happen. I grew up wanting to do this so I could make people laugh and now I’m pissing people off, too.’

Meghan Markle and Prince Harry are Expecting Baby No. 2!