Taking the next step? As Zooey Deschanel and Jonathan Scott continue to get more serious about one another, a source exclusively reveals in the new issue of Us Weekly that a major milestone might be happening sooner rather than later.

“Friends have been thinking an engagement is on the horizon for a while now, so it’s only a matter of time!” the insider says. “Building their dream house has taken a lot of focus and energy, but they are loving the process.” 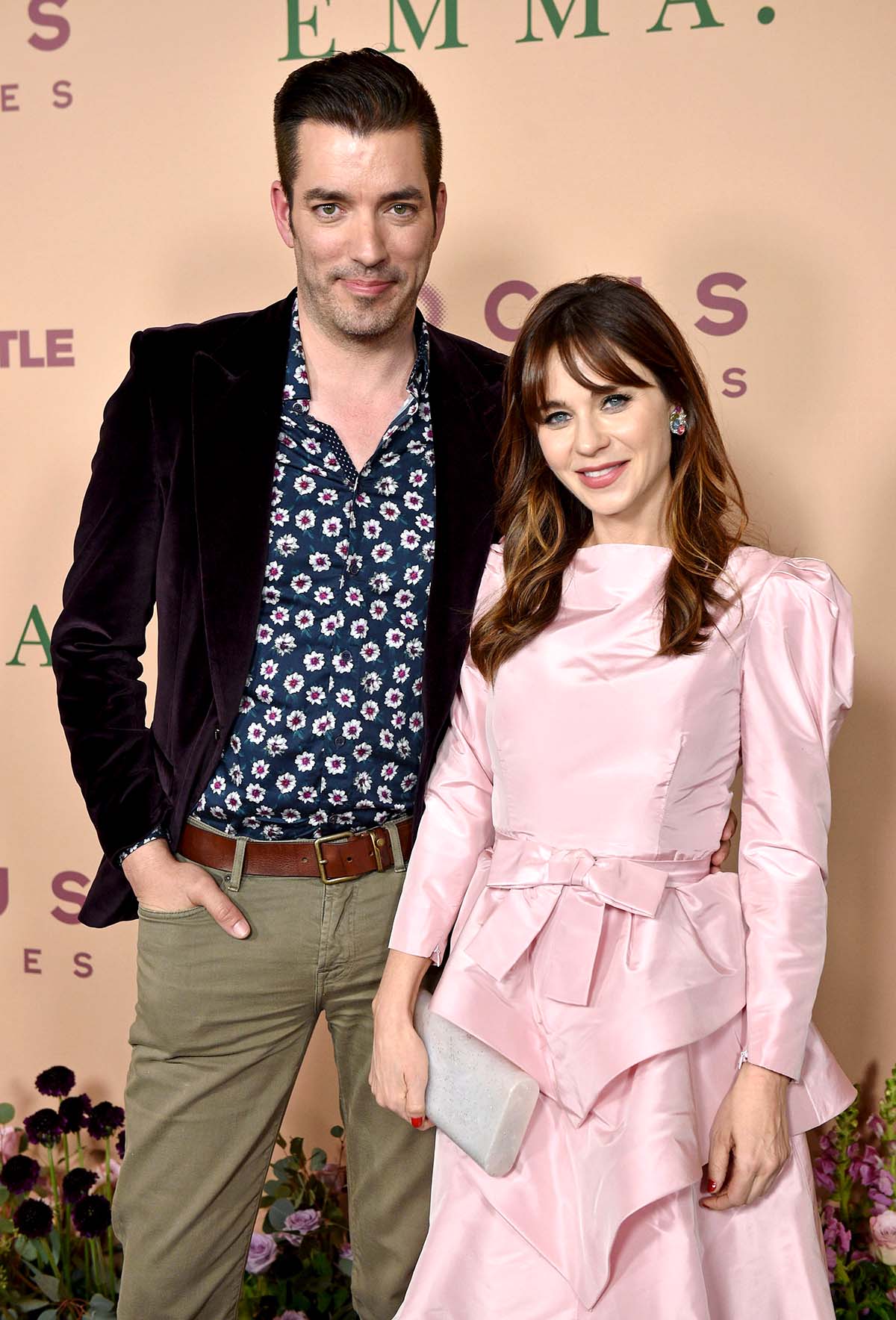 Scott, 43, recently detailed the ups and downs that came with finding their dream house. In an essay written for his and brother Drew Scott’s magazine, Drew + Jonathan Reveal, the reality star recalled the moment he knew that their future home was one of a kind.

“As we pulled up the drive, it just seemed … magical,” Jonathan wrote in the December 2021 essay about the Georgian-style house, which was originally built in 1938. “It sat on a little over an acre [of land], and with its lush lawn and massive California sycamores, it looked like a park.”

The HGTV personality noted that he knew that the property was perfect when Deschanel, 41, showed her kids the spot, saying, “When we first brought the kids by the property, they dubbed it the Park House. And you know what happens when you name something, whether it’s a mangy stray dog or a beautiful home of your dreams? You keep it. The next thing you know, Zooey and I owned the Park House.”

Although the recent purchase came with “hidden problems” for the twosome, the Canada native explained why he wasn’t worried about renovating the house.

“We have each other, and we have time — the rest of our lives together in this house. Our house,” he continued in the magazine. “Our dream home, where we’ll see the kids grow up laughing and adventuring in the yard, where we’ll play host to friends and family.”

Shortly after the construction contractor discussed his relationship with the Failure to Launch star, the source added that the Property Brothers star “absolutely loves being a stepdad.”

The 500 Days of Summer star shares daughter Elsie, 6, and son, Charlie, 4, with ex-husband Jacob Pechenik, with the insider noting, “[Jonathan] has so much fun with the kids, he’s a big kid at heart so they all get along great as a family.”

Zooey! Jake! ‘New Girl’ Cast: Where Are They Now?

The couple originally met while filming Carpool Karaoke in September 2019. Us confirmed that Deschanel had moved on with Jonathan shortly after her split from Pechenik, 49, made headlines. Ahead of the news, the Buying and Selling star got honest about his personal life.

“I am seeing someone,” he told Us before the duo made their romance official. “I’m a very private person, so I don’t typically talk about that. It’s definitely special for me because I am the guy who raises the bar in what I’m looking for in a partner. I was caught a little off guard. It was definitely a pleasant surprise.”

Deschanel, for her part, also gushed about her boyfriend on their one-year anniversary.

“One year ago today I met this kind, caring, hilarious, generous, creative, nerdy, handsome and all around incredible human,” she captioned the sweet tribute via Instagram in August 2020. “I am so grateful for every smile, kiss, hug, snuggle, laugh, scrabble game, escape room, breakfast, lunch and dinner we share together. Even during the weirdest year for humanity I want a million billion more with you. 🥰 .”

For more on Jonathan and Deschanel’s romance, watch the video above and look for the new issue of Us Weekly, on stands now.

What is dementia, how is it different from Alzheimer's and what are the symptoms and stages of the disease?