Brandi Carlile has earned accolades — and Grammy awards — as the songwriter of such personal works as “The Joke,” “The Story,” and “The Mother.” This spring, she’ll share an even more intimate, lengthy tale with the release of her first memoir, Broken Horses. Due April 6th via Crown, an imprint of Random House Publishing Group, the book follows Carlile through her childhood to becoming one of music’s most agile and hard-to-pin-down artists.

In an interview with Rolling Stone this summer, Carlile described the book as an amalgamation of things. “It is about the way certain profound experiences of my life have led to me creating important art for myself. So, it’ll be like this experience, the catharsis and then the songs, the handful of songs that came from that experience,” Carlile says. “That’s kind of how all my chapters are broken down.”

Along with Broken Horses, Carlile is working on the follow-up to her Grammy-winning album By the Way, I Forgive You. She says the book-writing process has birthed a number of songs too. “A lot of what I’m writing about in the book is causing all these little excerpts, these little songs, to come out,” she says. “And it’s kind of feeling a little like, it’s been a lot like By the Way, I Forgive You. I just wasn’t quite done with that.”

Broken Horses arrives in hardcover and digital formats. Carlile also recorded an audio edition of the memoir, which will be released by Penguin Random House Audio at the same time. 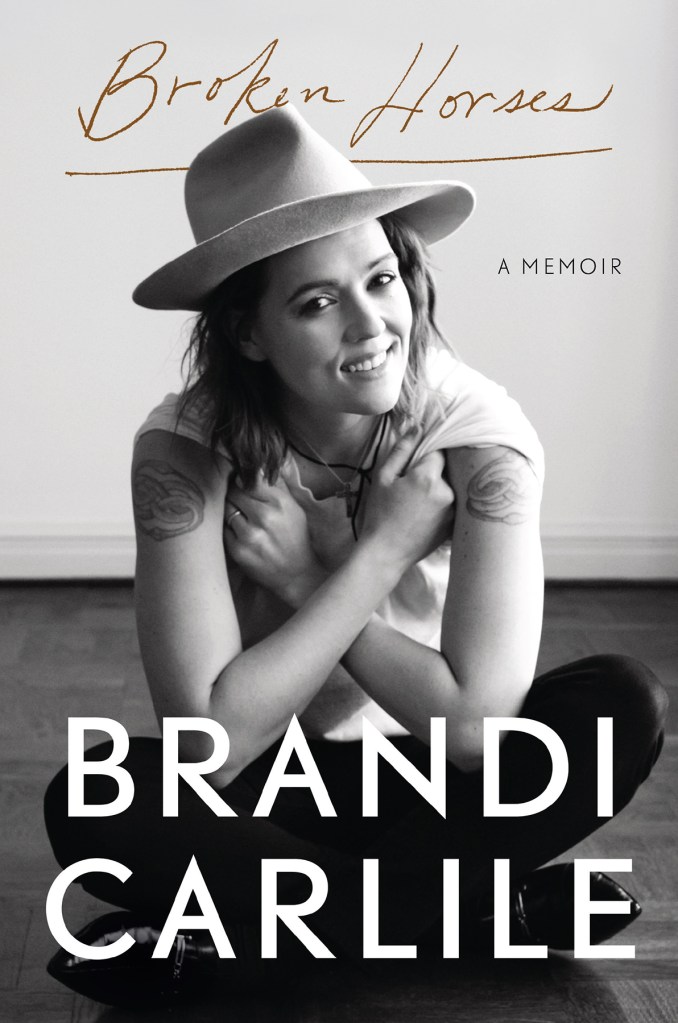 Jana Kramer Opens Up About Her Divorce

Artist of the Week: DJ Tiesto