Home » Music » Dua Lipa Is Dropping a Remix with Missy Elliott, Madonna, and The Blessed Madonna

It’s not too late to drop the song of the summer, according to Dua Lipa. The British pop star announced this afternoon that she’s teamed up with Madonna, Missy Elliott, and DJ The Blessed Madonna for a remix of her track “Levitating.” The song arrives August 14.

Lipa announced the news on social media with an image of her and her collaborators. “DREAM COME TRUE LETS GO!!!!!!” she enthusiastically wrote of the upcoming track. A Leo through and through, the singer (born August 22) joked on her Instagram Story, “I know this is the leo energy you wanted from me at the start of leo szn.”

Elliott also celebrated the announcement on her own account, promising her followers a fire remix. Dance music star The Blessed Madonna (née Marea Stamper) chimed in too, calling her collaborators “the sweetest angels.” 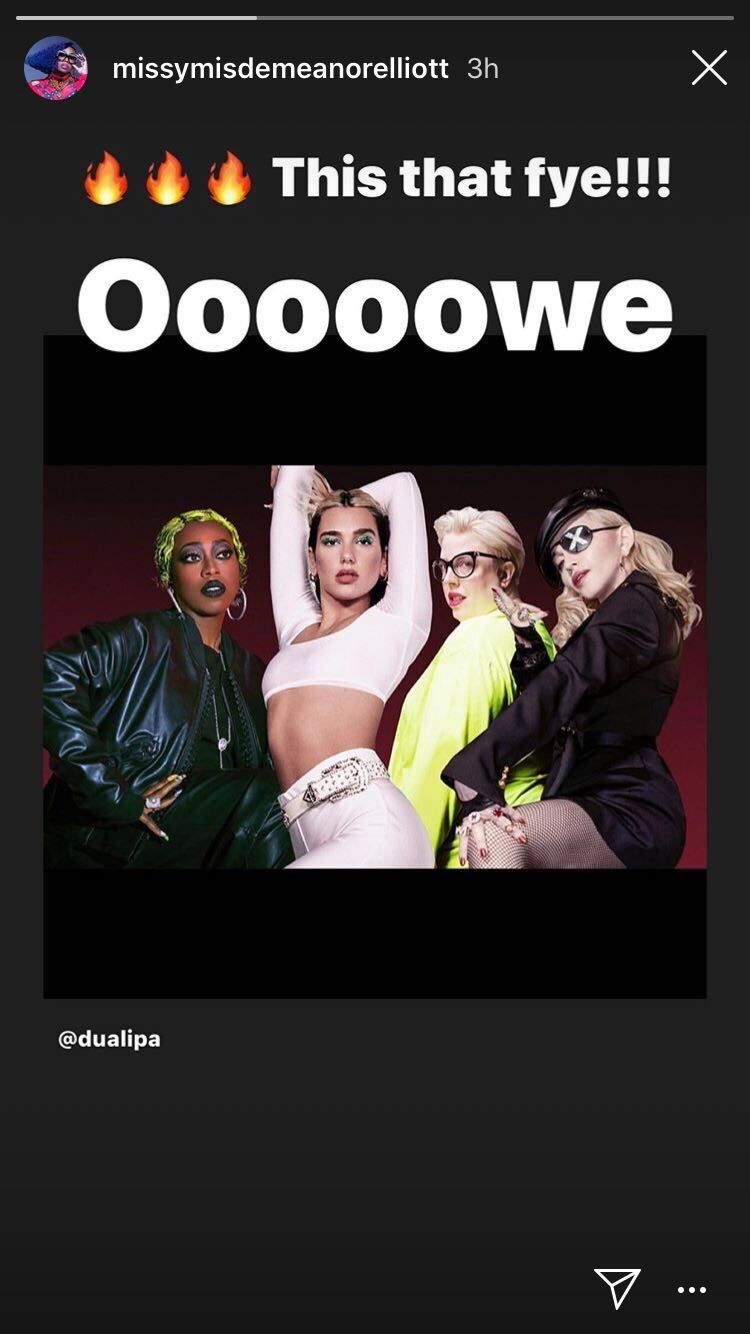 “Levitating” is one of 11 hits on Lipa’s disco and ’80s pop-inspired album Future Nostalgia, which arrived in March. For this track specifically, the singer was influenced by the electronic duo Daft Punk and Debbie Harry’s Blondie, whose stab at hip-hop, a track called “Rapture,” inspired Lipa’s rap in the middle of the song. Lipa called her version the “British version of Blondie’s rapping.”

She added, “I felt like I needed to get my British side across as well on this record, because sometimes people don’t actually know where I’m from.” With a feature from Elliott, Madonna, and The Blessed Madonna, though, we can expect the rhymes, dance track, and retro pop vibes to get a major upgrade.