The 30-year-old actress – who is best known for playing Whitney Dean on the BBC One soap – attended the celebrations in west London on Monday.

Shona was among thousands of revellers at the lively event following a two-year hiatus forced by the coronavirus pandemic.

Documenting the occasion on Instagram, the soap star shared a series of snaps as she spent the day with her friends.

Attending day three of the annual event, she took to the streets in a colourful outfit consisting of a sequin bra and orange trousers. 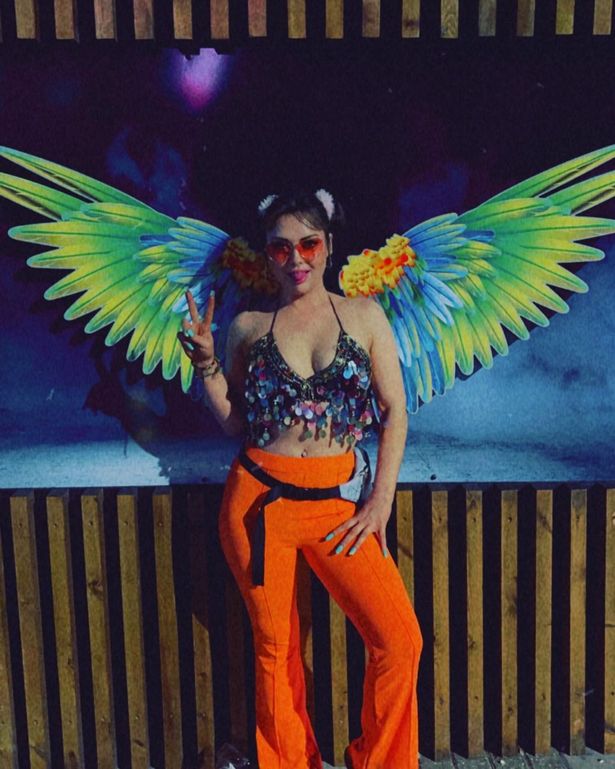 At one point, the actress was seen energetically dancing as she overlooked crowds on a busy street.

She also posted a string of videos alongside her friends as they enjoyed the fun-filled outing.

The event follows shortly after Shona appeared to confirm her romance with co-star Max Bowden, following months of speculation.

Earlier this month, the Whitney Dean actress took to her official Instagram to share a series of snaps with the 27-year-old Ben Mitchell actor. It was the first time the pair had posed together in public since it was claimed they were a couple.

According to The Sun, the soap co-stars were "inseparable" following his split from pregnant ex Roisin Buckle.

A source told the publication: "Max and Shona are mad for each other. They have been spending quality time together for a while now.

"Max and Shona’s friendship is more enthralling than an EastEnders plotline. Who knows what could happen in the future but for now, they’re just good friends."

The soap star is said to have split from insurance executive Roisin earlier this year, but is reportedly "thrilled" to become a father.

The actress revealed in 2021 that after spending over a year as a singleton, she planned on getting back into the dating game.

She told Fabulous magazine: "It’s been quite hard to date this year and I’ve actually never been on a proper date because I find it awkward. I prefer it when things are natural.

"Tinder is just not for me. What would I put on the profile? 'Likes ­eating Monster Munch in bed? Takes long baths?’ Forget swipe right, they’d delete the app. I have tried one dating app before, I can’t remember which one, but . . . no."

Shona also had a sweet romance with EastEnders former co-star Matt Lapinskas, who played Anthony Moon in the BBC soap.