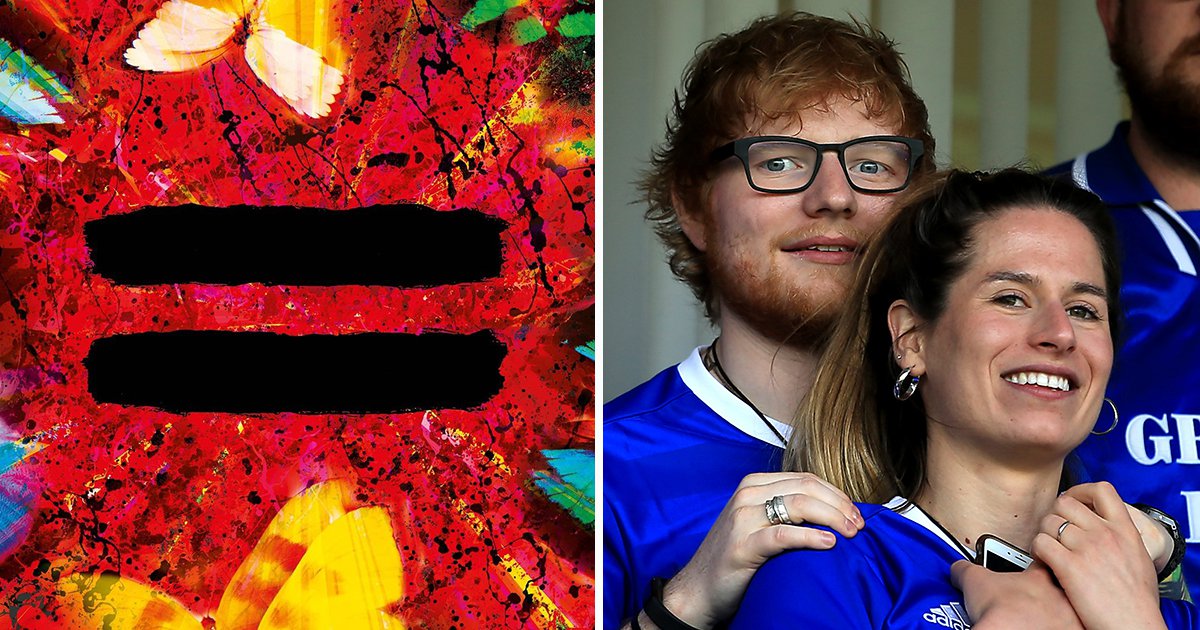 Ed Sheeran has released his most honest and open body of work yet, with his new album Equals aka = hitting streaming services today.

His fourth studio album Equals features the hit singles Bad Habits and Shivers, both of which spent a combined total of 15 weeks at number one in the UK. That was until he was graciously knocked off the top spot by Sir Elton John, which was something Ed actually campaigned for.

Equals sees him touch on him taking a hiatus from music in 2019, getting married to wife Cherry and becoming a first-time father to daughter Lyra.

No doubt Cherry gave her blessing for the popstar to use their private life as inspiration for his new music, but Ed admitted other loved ones have struggled to deal with him being so honest in the past.

Speaking to Apple Music’s Zane Lowe at his First Listen event, the Shape Of You hitmaker explained: ‘I guess it’s been quite uncomfortable for people that I’ve been with but, like, it’s something that I’ve always done and I do feel like honesty is what I expect from an artist and I don’t want to hear 20% of what you feel.

‘I listen to something like The Marshall Mathers LP or the Slim Shady LP and it’s pretty f***** heavy but they felt it, and you listen to it and you’re like “Oh my God, I believe you”. But that’s what you want to hear and you want to hear unfiltered artists.’

So without further ado, here’s some of the most surprising things we learnt on Equals…

On Collide, track number eight, Ed recounts some of his wildest and most favourite memories of Cherry.

He sings: ‘We’ve ordered pizza to an aeroplane/ Slept on the beach like we were castaways/ We’ve been in the storm/ Been to an Irish bar in central Rome/ Driven to hospitals with broken bone.’

In one of the song’s most revealing verses, he sings: ‘We made love in the sky/ Overslept and missed the Northern Lights/ You lost your wedding ring, but I didn’t mind/ ‘Cause I got a feeling, baby, we’ll be fine.’

Ed and Cherry have been notoriously private about their relationship… until now.

In January 2018, the singer announced he had popped the question with Cherry, of course, saying yes.

‘Got myself a fiancé just before new year. We are very happy and in love, and our cats are chuffed as well xx,’ he wrote on Instagram at the time.

Fans had been kept in the dark about his proposal but Ed’s now spilled the tea on the track First Times.

After listing some of their first times, Ed sings: ‘The greatest thing that I have achieved/ Was four little words, down on one knee/ You said, “Darling, are you jokin’?”, and I just said, “Please”.’

Opening up about the song, Ed told Zane: ‘Such a tiny thing that makes you feel so much, the first kiss, the first song that made you cry, first drink, red wine on a step in Brooklyn opposite a pizza restaurant that we love to go to in Brooklyn, it’s bring your own bring your own bottle and they basically give you two glasses and then you sit across the street and wait for your table.

‘The song is basically our first times.’

On First Times, Ed contrasts the enormity of playing Wembley Stadium to having a casual conversation with Cherry, with the latter weighing more on his heart than the former.

‘Eighty thousand singin’ with me/ It’s what I’ve been chasin’ ’cause this is the dream/ When it was all over, I cleared out the room/ Grabbed a couple beers, just me and you/ Then we started talking the way that we do.’

Why Ed needed a break from music

The opening track Tides holds no punches and goes straight in at explaining why Ed’s hiatus happened when it did.

Offering a raw account, he sings: ‘I lost the confidence in who I was, Too busy tryna chase the high and get the numbers up/ I have the same dream every night, A bullet through my brain the moment that I close my eyes/

‘I still have to lean on a shoulder when I’ve broken down/ And I have people that depend on me to sort them out.’

Sharing the pressures of being the breadwinner for loved ones, he adds: ‘I sometimes fantasise I disappear without a trace/ I’ve no regrets, but wish I did things in a different way.’

Ed has insecurities too

On The Joker and the Queen, the musician appears to share his insecurities about wife Cherry choosing him to settle down with while reducing himself to a ‘joker’.

He sings: ‘And I know you could fall for a thousand kings, And hearts that would give you a diamond ring/ When I fold, you see the best in me, The joker and the queen.’

Ed Sheeran’s new album Equals (=) is available to stream now on platforms including Spotify and Apple Music in Spatial Audio.