In many ways, both Elvis Presley and Frank Sinatra were the musical legends of their respective times. While Sinatra rose to fame in the swing era of the 1940s, Presley would soon become known as the King of Rock and Roll in the following decade.

But Sinatra wasn’t exactly Presley’s biggest fan at first. In fact, he made fairly scathing remarks about the rising star – and rock and roll in general – in the early 1950s. In his 2007 memoir, Elvis: Still Taking Care of Business, Presley’s former bodyguard of 16 years, Sonny West, speculated on the possible reasons for Sinatra’s negative comments. 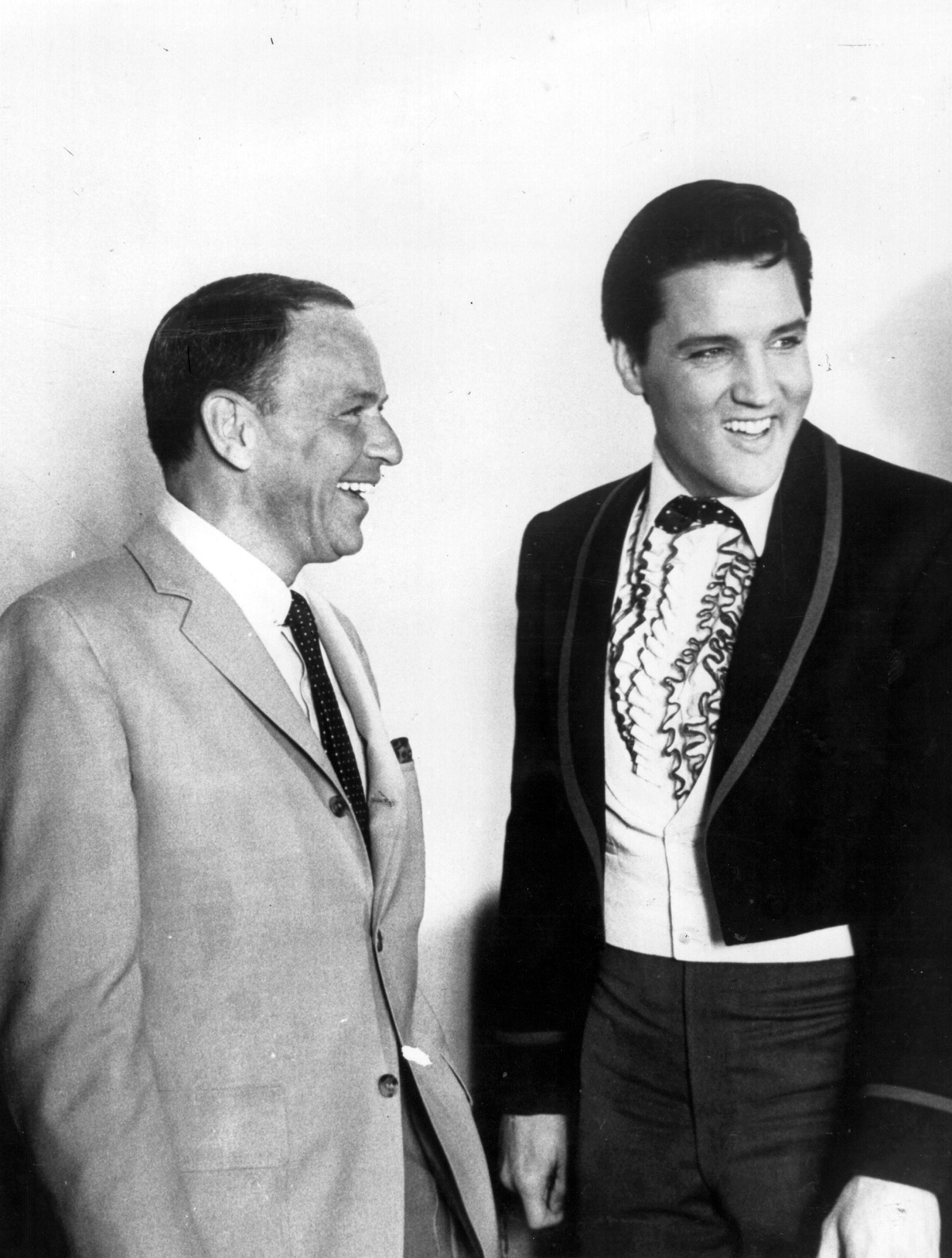 Sinatra made negative comments about rock and roll at first

In the early days of Presley’s career, Sinatra made some comments to the press that suggested he was less than impressed with the growing movement of youth culture toward rock and roll. He even argued that the raw sexuality of music like Presley’s was a bad influence on young people.

West noted that Sinatra told reporters at the time of Presley and his burgeoning career, “His music is deplorable, a rancid-smelling aphrodisiac…It’s the most brutal, ugly, degenerate, vicious form of expression it has been my displeasure to hear.”

According to Presley’s former bodyguard, a longtime member of the Memphis Mafia, Presley “never forgot the remark.” He greatly respected Sinatra in terms of his musical prowess, and his comments deeply wounded him.

Naturally, West had a theory as to why Sinatra wasn’t jumping to praise his younger predecessor right away. He, like many others after him, argued that Sinatra felt a bit threatened by Presley’s obvious rising star.

Perhaps, West speculated, Sinatra might have been afraid that Presley would steal the limelight. He understood what was at stake, and he might have wanted to guard his own reign as the king of youth culture.

“I’ve always felt Ol’ Blue Eyes was just a little jealous of Elvis because he dared to steal the mantle of teen idol and usurp Sinatra’s popularity,” West argued in Elvis: Still Taking Care of Business. “While Sinatra was the idol of millions of bobby-soxers in the 1940s, Elvis became the fold standard by which every entertainer was measured.”

West did note, however, that Sinatra was always “cordial to Elvis in person” and that they never exchanged a harsh word.

Presley and Sinatra eventually came together for a TV special

Despite Sinatra’s harsh words for Presley in the media, the inimitable pair seemed to reconcile and let bygones be bygones after some time had passed. In 1960, Sinatra and Presley came together for a memorable duet medley on a TV special to welcome Presley home after his service in the U.S. Army.

What’s more, Sinatra even allowed Presley and his new bride, Priscilla Presley, to use his private jet, the Christina, to head to Palm Springs, CA, for their honeymoon in 1967. Whatever envy or competition might have existed between them, the two chart-topping giants certainly seemed to respect each other as musical equals.