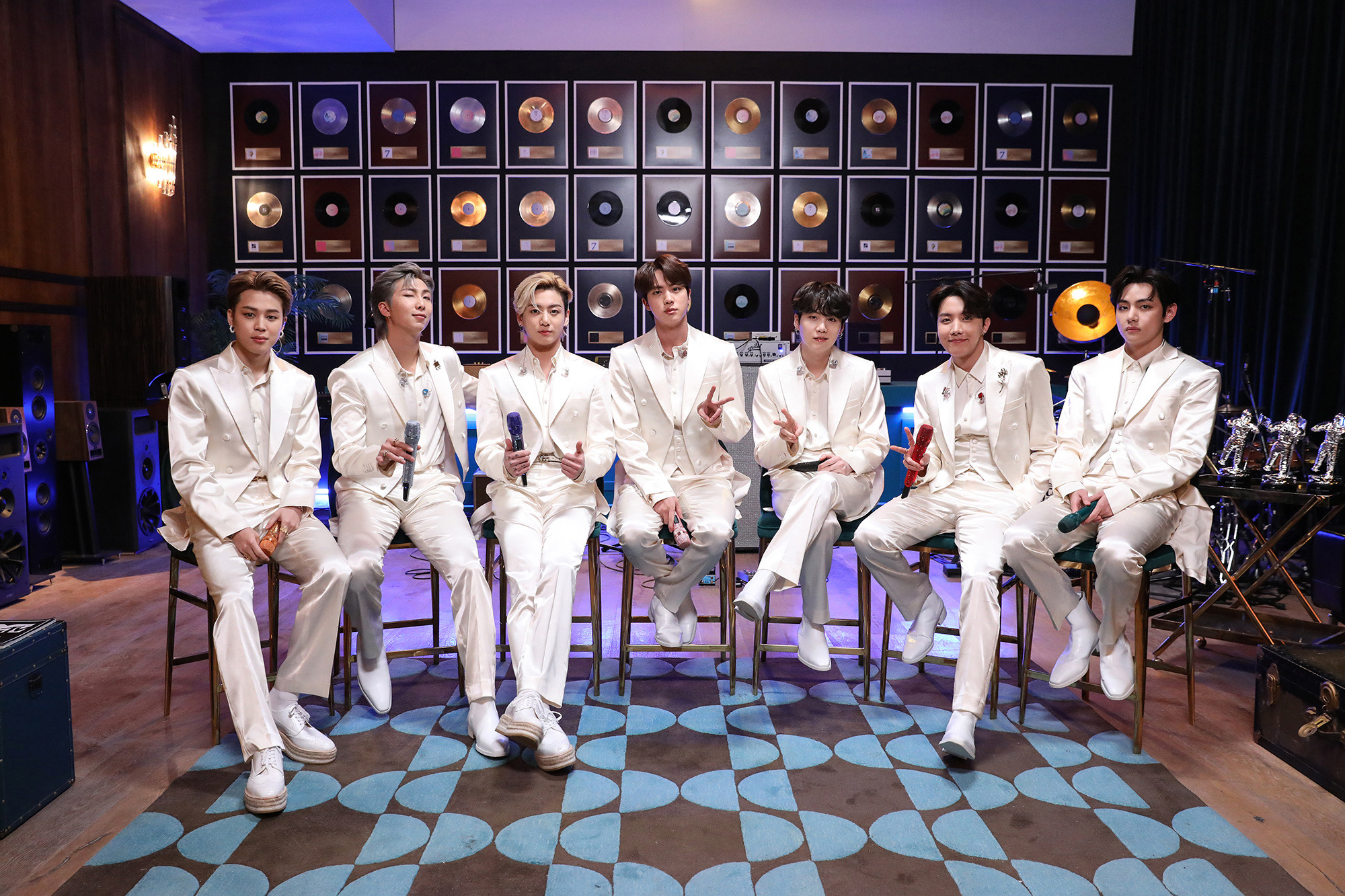 A German radio station has issued an apology after a host compared BTS to the Covid-19 virus.

The Bavarian station Bayern 3 was hit with outrage this week after presenter Matthias Matuschik called K-pop superstars BTS ‘a crappy virus’, in reaction to their cover of Coldplay’s Fix You.

The band, made up of RM, Suga, Jin, Jungkook, J-Hope, V and Jimin, performed a cover version of the 2005 track during their appearance on MTV Unplugged, in the hopes it would ‘comfort’ their fans following a challenging year.

Matuschik, however, seemed extremely offended by the cover version.

He said on air: ‘These little a**holes brag about the fact they covered Fix You from Coldplay, this is blasphemy. For this you will be vacationing in North Korea for the next 20 years!’

He then compared the band to Covid-19, describing BTS as ‘some crappy virus that hopefully there will be a vaccine for soon as well.’

Matuschik attempted to roll back on his comment, saying: ‘I have nothing against South Korea, you can’t accuse me of xenophobia only because this boyband is from South Korea… I have a car from South Korea. I have the coolest car around.’

The radio host was accused of racism for his comments by BTS’s fans, called ARMY, with Matuschik and Bayern 3 being called out on social media.

The comments come at a time of heightened anti-Asian sentiment worldwide, following the global coronavirus pandemic.

The US organisation Stop AAPI Hate received over 2,800 reports of abuse and discrimination towards Asian people, including physical assault and verbal harassment, between March 19 and December 31 2020.

In the UK, cases of racist hate crimes against Asian people rose three-fold in March 2020 compared to the same month in the previous two years, according to the Independent.

Matuschik said in an apology: ‘I have thought a lot in the past few hours and I understand and accept that I could have racially insulted many of you, especially the Asian community, with my words.

‘That was never my intention, but I know that in the end it is how the words are received by the recipients – and not how they were meant.’

Bayern 3 defended the host, saying that while he ‘overshot the mark’, he was expressing his opinion.

A statement read: ‘It is the character of this show and also of the presenter to express his opinion clearly, openly and unvarnished.

‘In this case, he overshot the mark in his choice of words in an attempt to present his opinion in an ironically exaggerated manner and with exaggeratedly feigned excitement, and thus hurt the feelings of the BTS fans. But, as he assured us, this was in no way his intention. He only wanted to express his displeasure about the above-mentioned cover version.’

The radio station issued a second statement with an apology, saying: ‘We apologise in all form for the statements made by the moderator Matthias Matuschik on his live broadcast.

‘The words he used to talk about the band BTS are not acceptable. Both he and we at Bayern 3 know that it is not enough if you actually mean things differently. If statements are seen as offensive or racist by many people, then they are.

‘However, we need to clarify that Matthias is miles away from racist views as he has proven for years through his actions and work for a peaceful coexistence of the people in Bavaria – regardless of their nationality, culture, skin colour, sexual orientation or religion.

‘Bayern 3 also expressly and resolutely distances itself from any form of racism, marginalisation and discrimination.’

However, in a statement to Buzzfeed Germany, Matuschik claimed that BTS’s nationality had no bearing on his comments and that he would have had as strong a response had a ‘German or Trans-Castanian band’ covered Fix You.

He added that he had ‘underestimated the huge fan potential behind the three letters’ BTS and described the band’s fans as ‘fanatical followers of a musical cash machine’ who he said had distorted his words.

Matuschik said he was ‘displeased’ that his comments were being spoken about in the context of the ‘currently very popular racist stick’.

Halsey, who sang on BTS’s Boy With Luv, wrote on her Instagram story: ‘I am horrified to read the comments made by Matthias Matuschik. Racism and xenophobia cannot be thinly veiled as “on air humour”. Irresponsible and disgusting statements in a time where hate speech and violent behaviour towards Asian communities are skyrocketing. This is unacceptable.

‘I hope a better apology to BTS, and the Asian communities across the world, is on its way.’

Songwriter and collaborator Lauv tweeted: ‘standing by my @bts_bighit brothers and everyone continuously effected by racist remarks as hurtful as what we heard on Bayern 3. no one should have to endure this and together we must stand up and stop it.’

In response to the statements, ARMYs got #RacismIsNotAnOpinion trending on Twitter.

Next month, BTS could become Grammy award winners, after being nominated for best pop duo/group performance for their chart-topping hit Dynamite.