Whitney Houston’s iconic status didn’t come without hardship. The “I Will Always Love You” singer was not well received by urban audiences, as many felt her music was too pop. Houston set out to change the perception to incorporate more R&B sounds for her third album. As it turns out, her future husband Bobby Brown would be a major help in recreating her sound. 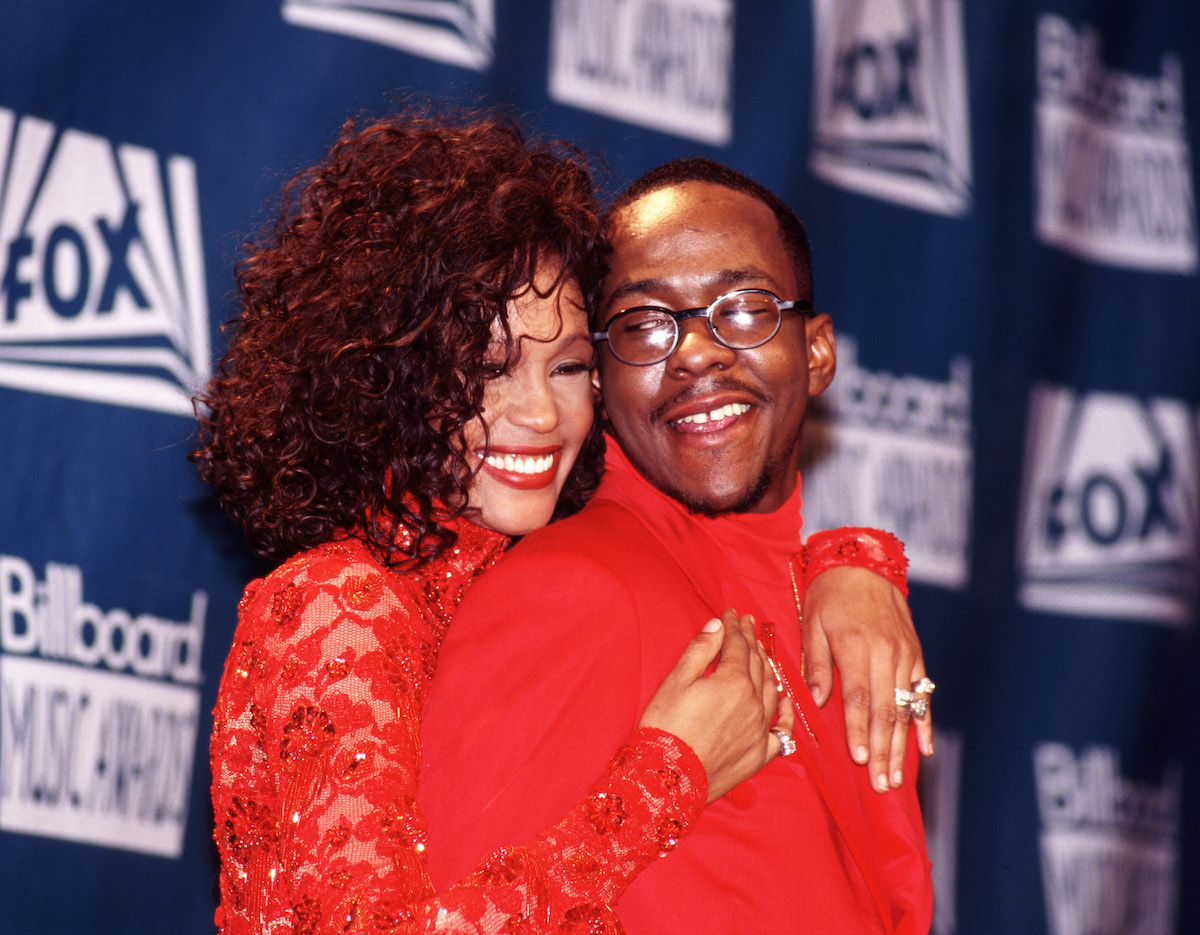 Despite being rooted in gospel music, Houston’s mentor Clive Davis wanted her to be a crossover artist.  He worked hard at perfecting her image and sound to appeal to a mass audience. Her first two albums debut at No. 1 and generated seven consecutive No. 1 singles. But her songs, whether uptempo or ballads, were pop in sound.

Urban audiences were not fans. There were complaints that Houston’s music was watered down. During the 1989 Soul Train Music Awards, the reaction to Houston was not supportive. She was considered a sellout. As her name was announced as a nominee during a category, some members of the audience booed her. The moment hurt Houston.

In an interview after the show, Houston told a reporter: “Sometimes it gets down to ‘You’re not Black enough for them. You’re not R&B enough. You’re very pop. The white audience has taken you away from them.’”

Going into production for Houston’s third album she wanted to change up her sound to appeal more to the R&B and hip hop crowd. She met her future husband, Brown, the same evening she was booed at the Soul Train Awards. Houston enlisted Brown’s help in choosing music for her next project. Brown was the biggest thing in R&B and New Jack Swing music at the time.

Davis also thought it was a good time to recapture the urban audience’s affinity for Houston. “For a singer of Whitney’s pedigree to be white-identified was unfortunate and wrong, and we set out to correct that impression. We’d enjoyed an unprecedented degree of pop success, and now we wanted to enhance her R&B credibility,” he wrote in his memoir The Soundtrack of My Life.

For her first single for her third album, L.A. Reid and Babyface, the writing and producing duo behind Brown’s solo success.

How was ‘I’m Your Baby Tonight’ received?

“I’m Your Baby Tonight” turned out to be a massive hit. The song reached No. 1 Billboard Hot 100, making it Houston’s eighth single to top the chart. It also became her fifth biggest hit in the country and was nominated for Best Female Pop Vocal Performance at the 33rd annual Grammy Awards.

Related: Why Cece Winans Could Never Sing Whitney Houston’s ‘Saving All My Love For You’

A Rolling Stone review called the overall album her “third best and most integrated” record. The review also notes the change in the four songs produced by Reid and Babyface versus others on the album, writing: “L.A. and BabyFace have led her into new, less formal territory, where she sheds her gowns, swings and sounds confident, rhythmically challenged and very much at home.”

The album, also named after the title track, did well on the charts. Though the album didn’t top the Billboard Hot 100 or 200 charts, it did do as Houston wanted on the R&B Albums Chart. I’m Your Baby Tonight debuted at No. 10 on the Billboard Top R&B Albums chart and reached No. 1 within three weeks. It stayed at the No. 1 spot for eight non-consecutive weeks.