Eric Lindberg and Doni Zasloff, the core of the bluegrass group Nefesh Mountain, had just returned from a family trip to Poland and the Ukraine in 2018 when news broke about a mass shooting at the Tree of Life synagogue in Pittsburgh. Still emotionally raw from visiting their families’ hometowns in the Carpathian Mountains and paying their respects at sites of the Holocaust, the husband-and-wife songwriters — both of whom are Jewish — were left reeling by the deadly hate crime that claimed 11 lives.

They processed it the only way they knew how, by writing a gentle prayer titled “Tree of Life.”

Framed around a simple banjo melody, the song is a message of healing and hope but also perseverance and defiance. “But I sing nonetheless,” Zasloff sings in a plaintive, pristine voice. It’s a moving listening experience, especially when you reflect on the increasing wave of anti-Semitism in the United States. Lindberg and Zasloff contemplated that disturbing trend when they wrote and recorded “Tree of Life” and the 13 other tracks that make up their new album, Songs for the Sparrows, out now.

“Doni and I grew up in a time where I don’t remember the amount of hate that seems to be festering in the world,” Lindberg says. “When I was a kid, I could have been naive to it or oblivious to it, but I don’t remember the same level of hate that we’re seeing across the board for so many different groups of people — and Jews are one of them. It’s obviously always been there, but we have this weird thing today where people are woke to it and are tying to correct a lot of these things, but then at the same time, others are awakening to their own hatred and prejudices. It’s crazy to me.”

With guest appearances by bluegrass greats Jerry Douglas, Sam Bush, and Bryan Sutton, Songs for the Sparrows, the band’s third album, is a master class in string music. It’s also a cultural bridge, a way for Nefesh Mountain — “nefesh” is Hebrew for “soul” or “life” — to celebrate their lineage and faith. Zasloff sings some verses in Hebrew and they base the album track “Evermore” around the Hashkiveinu, a centerpiece prayer of Friday night Shabbat services that essentially petitions God to help you make it through the night.

“It’s asking the universe to help me sleep through the night and then wake me in the morning with peace. That’s the gist of the prayer,” Zasloff says. “We wanted to express that through the song. We added the Hebrew because it sounds beautiful. We’re trying to share the beauty of this culture and these ancient texts in a way that anyone could appreciate.”

“We’re kind of hippies in how we view it all,” Lindberg adds. “With this album, we finally found a way to tell our story as Jewish-Americans more culturally. We do sing in Hebrew at times. And I think it’s been a great thrill to take some of these ancient texts that our ancestors have spoken and uttered for centuries and to try to find a kind of modern singer-songwriter approach in them.”

But so vulnerably putting their faith on display hasn’t been without peril. Zasloff recalls instances on tour where her band hasn’t felt welcome and when she’s overheard things that shocked her. She talks about the trepidation she’s felt when performing in front of some festival crowds.

“There have been many times where we’ve been on really large stages with all different people of all different backgrounds, where I’ve looked at Eric and I’ve been really scared to sing in Hebrew … not knowing what’s going to come,” she says. “There have been some moments that are really disturbing, but at the same time, I think it fuels us to keep going and to continue to just put love out and hope that the music can maybe change somebody’s view or be a bridge. We really believe music is the way to make a change in the world.”

Songs for the Sparrows’ opening track “Wanderlust” is a barn-burner, propelled by rollicking banjo, and Lindberg and Zasloff’s exhortation for listeners to “climb aboard.” The rousing and hopeful “Piece of the Sun” is inspired by Zasloff and Lindberg’s daughter and dedicated to Anne Frank. And the nine-minute instrumental “Suite for a Golden Butterfly” — a five-movement journey with elements of Celtic and klezmer music about two children fleeing Eastern Europe for America during World War II — highlights the dexterity of the players.

As a whole, the album makes the case that Nefesh Mountain, like bluegrass itself, is a musical melting pot, a cauldron of different sounds and cultures that fuse together as one.

“I still believe in the American dream and I’m not any less proud to be American now than I have ever been, despite the challenges that we’re facing,” Lindberg says. “We are all so fortunate to be in this country, to be living here in a place where we can be free to express what we believe. And bluegrass is emblematic of that. In a nutshell, bluegrass is the American dream.”

But manifesting that dream requires particularly hard work in today’s fractured, at times frightening, America. Lindberg and Zasloff often find themselves thinking about the tragedy at Tree of Life and the lyric “but I sing nonetheless.” Those words are the through-line of Songs for the Sparrows and a motto for both Nefesh Mountain and the oppressed.

“Despite these things that are happening, despite the hate, we are going to sing. I’m going to sing because I have to sing. It’s my way of feeling comforted and also living my life,” Zasloff says. “We’ve got to live, you know?”

The Real Reason Grimes Was Hospitalized After SNL

Why Joe Jonas Wants To Re-Record The Jonas Brothers Music 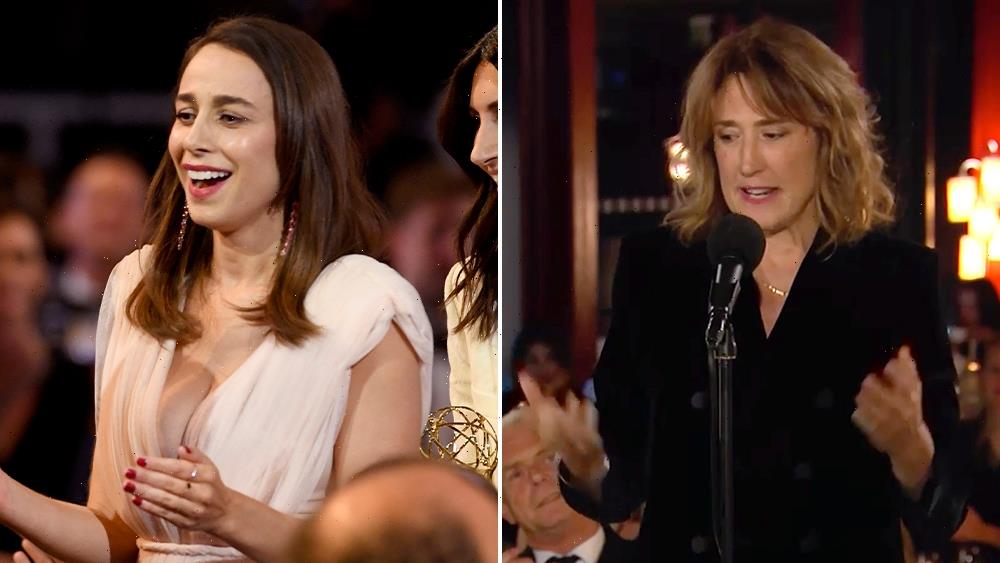 Emma Corrin Looked Nothing Like Princess Diana at the Emmys
Music