Rihanna has given the world an eclectic mix of songs over the years. For example, she recorded a song for one of the Star Trek movies. She revealed what she thought about Star Trek and what she felt about the opportunity to record a song for the famous franchise.

In a 2016 video posted to Paramount Pictures’ YouTube channel, Rihanna discussed her relationship with Star Trek. “Star Trek has been a part of my life since I was a little girl,” she says. “My dad really is the one who introduced me to Star Trek and it just took me one episode to fall in love with the characters and just this other world that I couldn’t understand but I felt like I could relate to — and it’s never left me.”

She revealed she was enamored with Geordi La Forge, the character LeVar Burton played on Star Trek: The Next Generation. “I loved him so much that I just couldn’t wait for his scenes to come up,” she recalls. “I would be always wanting to know what’s behind his eyewear.” 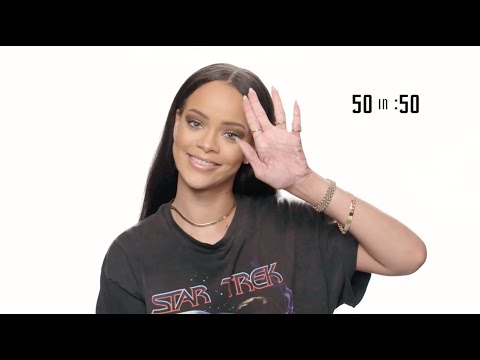 What Rihanna thought of performing a song for the franchise

In a separate 2016 video posted on Paramount Pictures’ YouTube channel, the “Love the Way You Lie” singer discussed what it was like to perform her song “Sledgehammer” for the movie Star Trek Beyond. “It wasn’t just like doing a song for any random film,” she said. “I love Star Trek. I’d do anything in terms of music [for Star Trek].”

“It’s such a big deal, not only as a fan [but] as a musician,” she added. “I couldn’t believe it. I was very very honored to be a part of this film.” 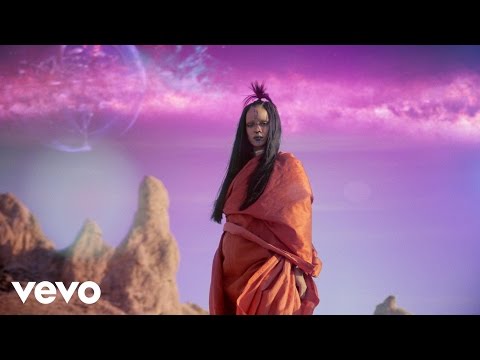 The way the world reacted to ‘Sledgehammer’ and ‘Star Trek Beyond’

“Sledgehammer” was considerably more popular in the United Kingdom. According to The Official Charts Company, the track reached No. 69 in the U.K., staying on the chart for three weeks. Notably, the “Only Girl (In the World)” singer never released “Sledgehammer” on one of her albums.

Star Trek Beyond had a similarly muted reception. According to Box Office Mojo, the movie had a budget of $185 million. It earned over $158 million domestically and over $184 million elsewhere. Altogether, Star Trek Beyond made over $343 million worldwide, which is not a huge gross compared to its budget.

“Sledgehammer” wasn’t a chart juggernaut but it remains an interesting connection between Rihanna and Star Trek.

Justin Bieber Had a Bizarre Response to This Harry Styles Question