Five years after its release, Rihanna’s “ANTI” is still breaking records. The project, released in January 2016, marked the Barbadian popstar’s eighth studio album and her last one to date. As fans probably know, “ANTI” included hit songs such as “Needed Me,” “Kiss It Better,” and “Work” featuring Drake.

Over the past few years, Rihanna’s album has sold 11 million copies globally, per Billboard, becoming the best-selling album by a black female artist in the 2010s. Though “ANTI” was nominated for Best Urban Contemporary Album and Best Recording Package at the 2017 Grammy Awards, RiRi fans and peers alike felt like she was “snubbed” and deserved to run for Best Album of The Year. “Rihanna’s Anti is underrated. Don’t @ me,” Chance The Rapper tweeted in 2016. “Just had a moment where I remembered that Rihanna and ANTI didn’t win any Grammys last year and I’m overwhelmed by the enormity of the injustice. Work deserved like five Grammys on its own,” writer Clint Smith later wrote.

Some fans still haven’t gotten over it. “Annual reminder that @rihanna’s ANTI album is extremely underrated. I’ll never forgive the Grammys,” one particular fan recently tweeted. Despite the lack of Grammy wins, however, “ANTI” has now earned Rihanna another big accomplishment. Read more below. 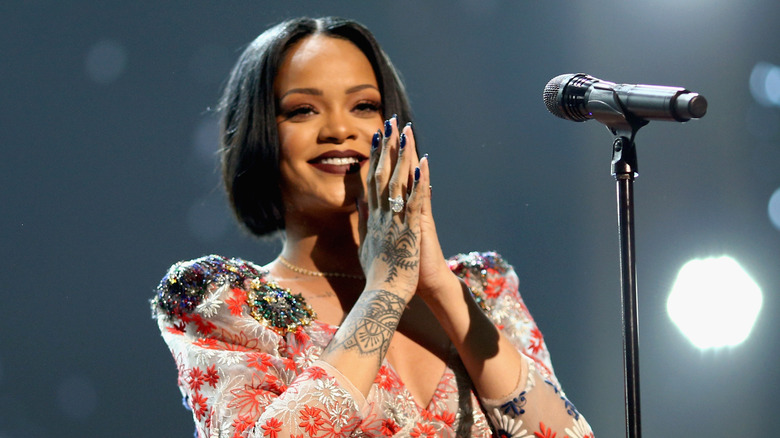 As reported by Chart Data, Rihanna’s 2016 album “ANTI” has now spent 275 weeks on Billboard’s 200 Albums chart, becoming the 5th longest-charting album by a female artist. The No. 1 spot belongs to Adele, whose album “21” broke the record for the most weeks spent by a woman on the Billboard 200.

Still, Rihanna’s 275th week spent on the chart makes her the first Black female artist to achieve this in the history of the Billboard 200. RiRi’s latest achievements didn’t go unnoticed, as her Navy stans are currently congratulating her on social media. “Rihanna is the only black female artist with both the highest selling album (LOUD) and longest charting album (ANTI) so legendary,” one fan tweeted.

“ANTI been on Billboard 200 for 275 weeks, that is F***** ICONIC RIHANNA,” another one wrote. Meanwhile, others are hilariously blaming “ANTI” years-long success for Rihanna’s lack of new music. “Rihanna ain’t dropping no new music till we drop ANTI off the charts.” Congrats, RiRi!

Queen and Adam Lambert on TV TONIGHT: Brian May ‘I haven’t felt like that since Live Aid’