Britney Spears’ father, Jamie Spears, has officially filed a petition to end his daughter’s conservatorship, according to NBC News. His latest move comes less than one month after Jamie agreed to step down “when the time is right,” according to CBS News. At the time, the outlet pointed out that Jamie’s decision followed Britney’s attorney’s request for the judge overseeing the case to remove Jamie immediately. Along with that petition, Jamie made sure to deny any and all claims of conservatorship abuse that his daughter had made during her two virtual court appearances earlier this summer. He also maintained that the conservatorship had been good for Britney over the years. “There is no doubt that the conservatorship saved Ms. Spears from disaster, supported her when she needed it the most, protected her and her reputation from harm, and facilitated the restoration of her career,” the court filing read, according to CBS News.

It was later reported that Jamie had requested some $2 million to fulfill his offer of stepping down. “The status quo is no longer tolerable, and Britney Spears will not be extorted. Mr. Spears’s blatant attempt to barter suspension and removal in exchange for approximately $2 million in payments, on top of the millions already reaped from Ms. Spears’s estate by Mr. Spears and his associates, is a non-starter,” Britney’s lawyer Mathew Rosengart said in response, according to Us Weekly.

Now, it seems as though Jamie is singing a different tune. Read on for his shocking statement. 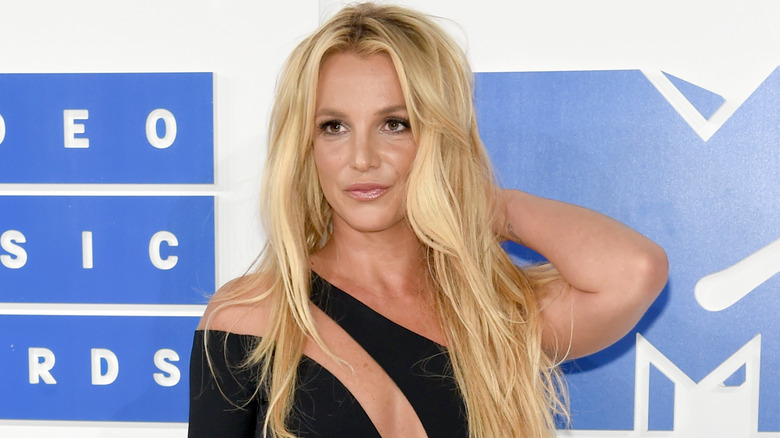 Back on June 23, Britney Spears told Los Angeles Supreme Court Judge Brenda Penny that she wanted to end her conservatorship, according to the transcripts provided by CNN. And while this is undoubtedly going to be a bit of a process — that may include an independent evaluation — Jamie Spears’ court filing on September 7 is being dubbed a “big win” for Team Britney, according to NBC News. But wait, there’s more.

Not only is Jamie apparently willing to end his daughter’s conservatorship, but his court filing expressed what sounds like a change of attitude toward the whole thing. “[Britney] is entitled to have this court now seriously consider whether this conservatorship is no longer required,” the petition read, according to NBC News. Jamie went on to say that his daughter’s “circumstances have changed ‘to such an extent that grounds for establishment of a conservatorship may no longer exist.'” This is a far cry from his previous statements about the conservatorship being necessary because his daughter was unable to handle things on her own.

The next court hearing for the conservatorship is set for September 29, according to The New York Times. No word on whether or not that will be moved up given Jamie’s new petition.