Kiss‘ Paul Stanley had the opportunity to hire Slash, the future guitarist of Guns N’ Roses. Despite liking Slash, Stanley decided not to work with him. Another important guitarist played on Kiss’ classic rock album Creatures of the Night.

In his autobiography Face the Music: A Life Unmasked, Stanley discussed meeting Slash before the formation of Guns N’ Roses. “Another person I spoke to was a really sweet young kid named Saul Hudson,” Paul wrote. “He told me his mom had been a seamstress for David Bowie and that his friends called him ‘Slash.’”

Stanley had some misgivings about Slash’s age. “He was very well-spoken and engaging, but he seemed really young,” Paul recalled. “Finally I asked him how old he was. ‘I’ll be 17 next month,’ he said.”

Stanley noted he and Gene Simmons were far older than Slash. “I had turned 30 earlier that year, and Gene was twice this kid’s age,” Paul said. “‘You know,’ I said, ‘you sound like a great guy, but I think you’re too young for this.’ I wished him well and always remembered him because he was so nice and unaffected.”

Subsequently, Stanley revealed that Slash didn’t perform on Creatures of the Night but another rising star did. “In the end, a lot of different people played solos on Creatures of the Night,” he recalled. “It was a way to try people out and to see who might fit the feel of a given track. Eddie Van Halen came to the studio one day knowing we were looking for a guitar player.” 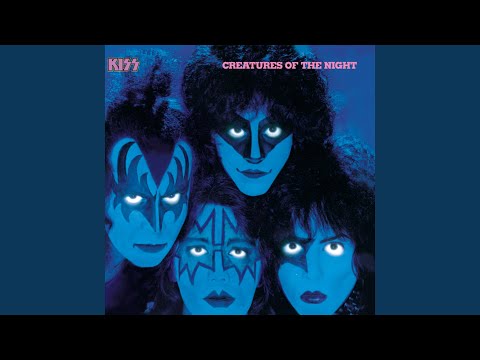 The way the world reacted to Kiss’ ‘Creatures of the Night’

Madonna, 63, wows fans in age-defying selfie as she says shes in the closet