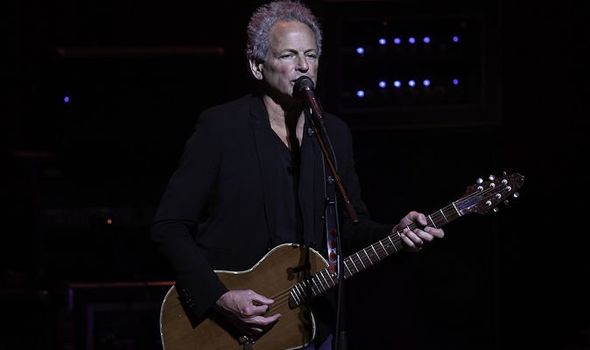 Three years ago, Stevie Nicks, Lindsey’s ex, gave her bandmates an ultimatum: “Either he goes or I do”. Or, as Peggy Mitchell might have put it, “Get aht of my band!”

The result was Mac-xit. Lindsey – who wrote Tusk, Big Love and Go Your Own Way – was sacked.

It got worse. The guitarist/ singer suffered a major heart attack, lost his voice and wife Kristen filed for divorce.

Buckingham says this new solo album, his first for 10 years, was mostly written before all that, which must put him on a par with Mystic Meg. It’s prophetic! On The Wrong Side is sunny, radio-friendly West Coast power-pop about finding his path away from the Fleetwood Mac circus.

The driving Swan Song channels his frustrations with the band’s aversion to recording, asking, “Has the queen [Stevie?] lost her sight?”

Dreamy but defiant I Don’t Mind tackles love’s ups and downs, while infectious opening track Scream is an honest celebration of married love, where joy and pain must co-exist, he says.

Recorded in Lindsey’s home studio, these 10 tracks show he’s lost none of his songwriting knack. The melancholy Santa Rosa, inspired by Kristen trying to move the family onto a rural horse ranch, comes with an immense chorus, as does the addictive toe-tapper Power Down.

Blind Love is 60s-inspired with a touch of the Beach Boys and he covers the plaintive haunting 60s folk classic Time. Ah time, where does it go?

Lindsey Buckingham is nearly 72, an age when most rockers are content with churning out their greatest hits. But this, and his 2017 album with Christine McVie, show he’s hit a new creative peak.

Why the Rolling Stones' Manager Passed on Signing Jimi Hendrix