Lizzo stole the show at the BET Awards last night with a fiery performance of her song “Truth Hurts.” As usual, the singer and rapper went all-out onstage, delivering a wedding-inspired set the audience couldn’t help but dance along to.

The Houston-raised 31-year-old artist emerged with her dancers on a three-tiered “cake,” she strutted around in a white lace bustier, and, as her signature hat trick, she nailed a flute solo while twerking. The crowd went nuts. 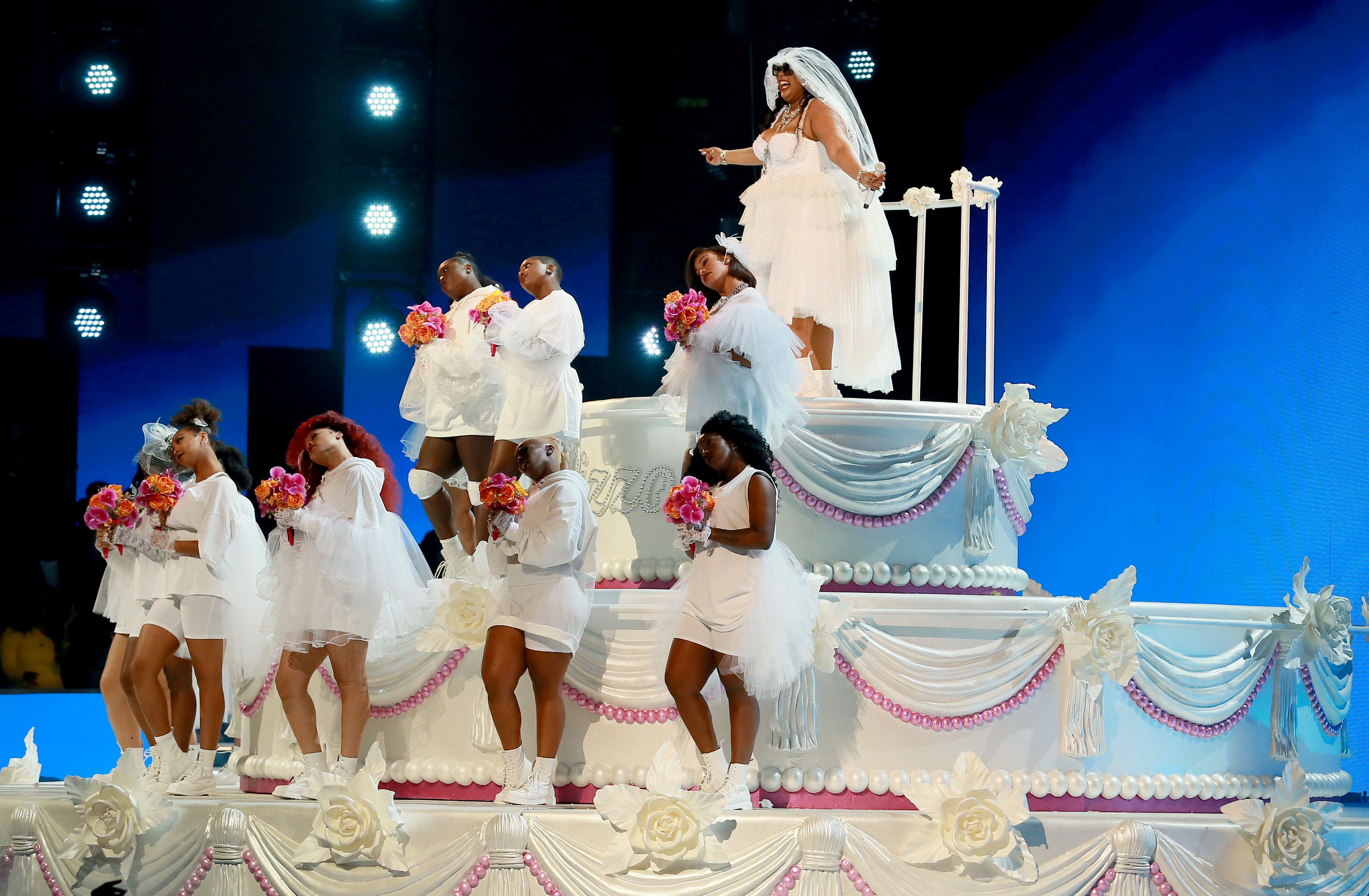 Rihanna, who presented the Lifetime Achievement Award to Mary J. Blige last night, gave Lizzo due recognition. She was seen clapping along in the audience once the singer whipped out her flute, and gave her an appreciative look at the end of the set.

Lizzo had to take a moment to commemorate BadGal RiRi’s approval on Instagram.

And she made sure to dedicate the set to “big girls.” She tweeted, “There’s nothing I’d rather see than black girls falling in love with themselves on T.V. Big girls— you are IT! YOU ARE ALWAYS the bride in a marriage of SELF-LOVE!”

From the looks of the production, one could assume Lizzo is a veteran awards show performer, but this was only her second time performing at a televised awards ceremony. Her debut was just last week, at the MTV Movie & TV Awards, where she also slayed with a tribute to Sister Act.

Lizzo is having a moment right now. Thanks to her playful DGAF attitude, self-love mantras, and feel-good music, she’s carved a special place in music lovers’ hearts (and meme lovers’ timelines), especially this year. Her fan base already ranges from Lil Nas X to Reese Witherspoon, and it only continues to grow.

Watch her full BET performance above.