During the late 1990s Michael Jackson was touring one of his biggest albums, HIStory: Past, Present and Future, Book I, when he took some time to visit some new friends. On his journey Michael visited pal and football mogul Mohamed Al Fayed, who owned the Fulham Football Club. The King of Pop was given a tour of the grounds by Fayed, as noted by goalkeeper at the time Mark Taylor.

Taylor recalled: “I remember warming up, and then Fayed was leading him around the pitch, it was a glorious day, very hot, and he had an umbrella up, waving and clapping the fans.

“Obviously we paused our warm-up. He did have an aura about him and we were blown away by it all.”

Striker for the team, Barry Hayles, later admitted he didn’t even notice Michael was hanging around his pitch.

He said: “I didn’t find out he was here until we were warming down after the game. I shook his hand and posed for photos with him. He just said: ‘Good game lads.’” 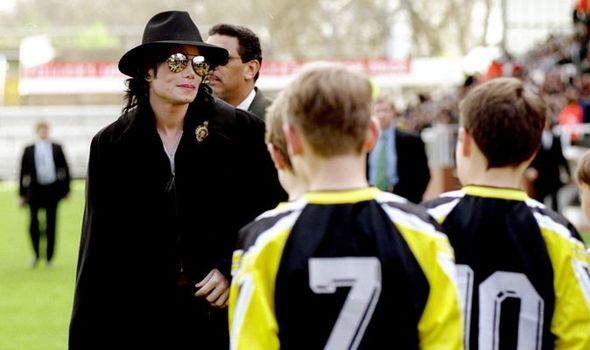 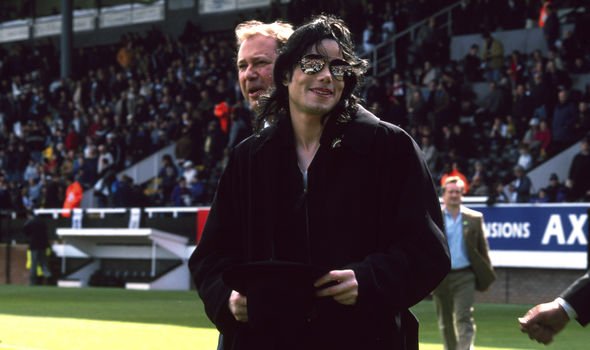 Michael happened upon an embarrassing situation when he followed Fayed to the changing rooms, however.

Taylor remembered: “Most of us were half-naked, having showers, in good spirits because we’d won. Al Fayed was a great character and great among the lads in the dressing room.

“He came in leading Michael Jackson, and his quote, which made us all howl hysterically, as he came in was: ‘Hide your willies boys.’

“[Michael] came in and met the guys briefly, then we all agreed to get our clothes on and go back out on to the pitch to have our photos with him.” 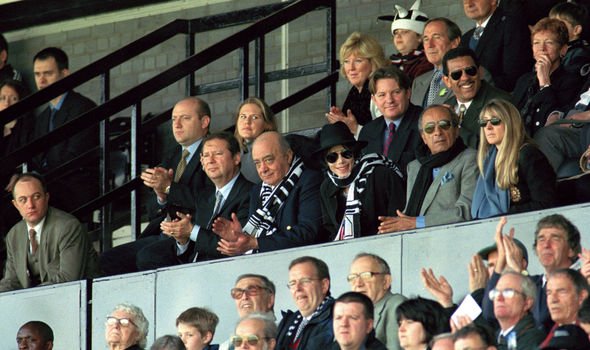 Taylor added: “We all got a signed photo of him with the team – I don’t have it on the wall or anything, but I’ve still got it. At that point, he’s one of most famous guys on the planet.”

The team’s football manager at the time, Kevin Keegan, remembered the meeting a little differently.

He explained in his autobiography, My Life in Football: “I was about to start my team talk when Mr Fayed marched into the dressing room with a big grin on his face, followed by a tall, rake-thin guy who looked a bit like Michael Jackson.”

“He smiled shyly, then I heard him say ‘Hey’ and it dawned on me that, crikey, this was the real Michael Jackson!”

Keegan added: “It was pointless trying to continue with my team-talk – the players weren’t listening to a word – so I walked the King of Pop through the corridors of the old Stevenage Road stand to make him a cup of tea in the players’ lounge.”

After the visit, Michael gave a brief interview about spending time with Fayed.

He described the football club owner as “very wise and creative, talented and kind-hearted, very giving”.

The singer went on: “I knew nothing about soccer and I’ve never been to any sporting event, so it was a great experience for me.”

With a smile, Michael added: “I’m a soccer fan now, definitely. I’m addicted. It was so exciting and passionate – the fans were like the people who come to my concerts. They were screaming and shouting and cheering their players on.

“I wanted to jump up and start dancing because I’m used to performing on stage when I hear all that noise. Fulham seemed a really good team with a great spirit. I met all the players and they were so kind to me.”

The year after Michael’s death on June 25, 2009, Fulham erected a statue of the singer outside their doors.

The statue was later returned to Fayed after the football club was bought by a new owner, Shahid Khan.