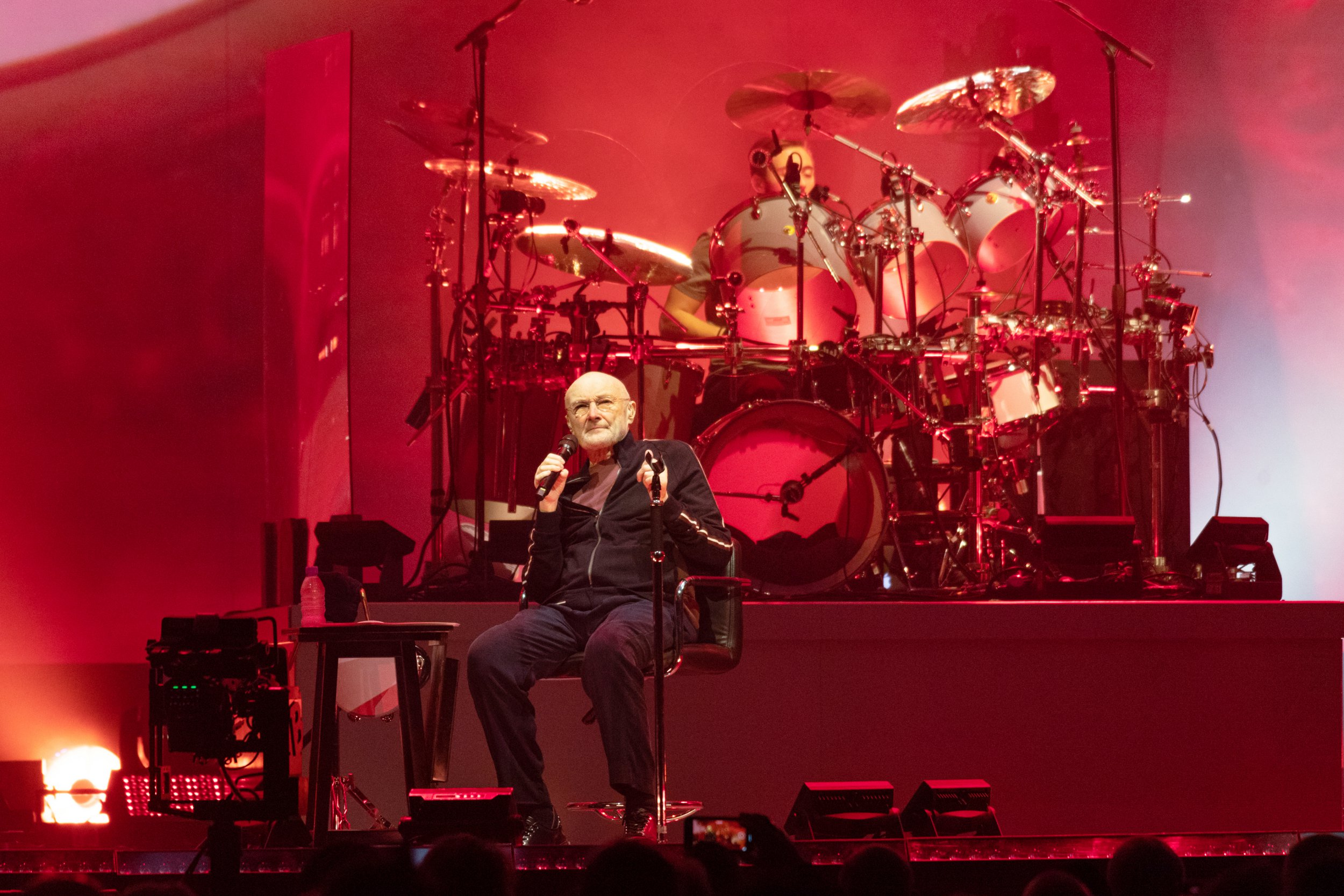 Phil Collins has proven to be a true professional as he continued Genesis’ tour last night in Glasgow while remaining seated due to his ongoing health issues.

The Follow You Follow Me hitmakers brought their UK jaunt to The SSE Hydro in Glasgow, Scotland on Thursday where they performed to thousands of nostalgic fans.

During his appearance at the latest The Last Domino tour show, Phil, 70, sat on a chair in front of his bandmates while performing their iconic hits on-stage. He’s unable to continue playing the drums but was still able to entertain fans and looked to be in good spirits as he belted out their tracks.

The British group kicked off the jaunt in Birmingham earlier this month and will wrap up the UK leg with three nights at London’s O2 Arena this month. They will then move on to the US for a 21-date stint until December 16.

Phil previously confirmed that it will likely be his last tour as he continues to battle health issues.

When asked about more dates in 2022, he responded to Mojo (via NME): ‘This English and American tour, that will be enough for me.’

However, keyboardist Tony was quoted as saying: ‘I think it depends a little bit how it goes. How Phil stands up to it all. How the audience receives it, and how we all feel about it, really.’

Phil made his name as a drummer for the band, before leaving in 1996.

Opening up about his health, he recently said: ‘I’m kind of physically challenged a bit, which is very frustrating because I’d love to be playing up there with my son,’ referring to his son Nic Collins, who has taken over on the drums.

When asked on BBC Breakfast if he could do any drumming at all, the In The Air Tonight singer replied: ‘No. I’d love to, but you know, I mean, I can barely hold a stick with this hand. So there are certain physical things that get in the way.’

On another occasion, Phil said that the Genesis tour was a way of the band ‘putting it to bed’.

‘Yeah, well you know, you say things. I mean, we’re all men of our age and I think to some extent yeah, I think it probably is putting it to bed. Just generally, for me, I don’t know if I want to go out on the road anymore,’ he said.