R. Kelly and his legal team are keeping their promise to appeal his recent guilty verdict. Kelly was found guilty of all charges in his sexual assault in a racketeering trial in Brooklyn, New York. 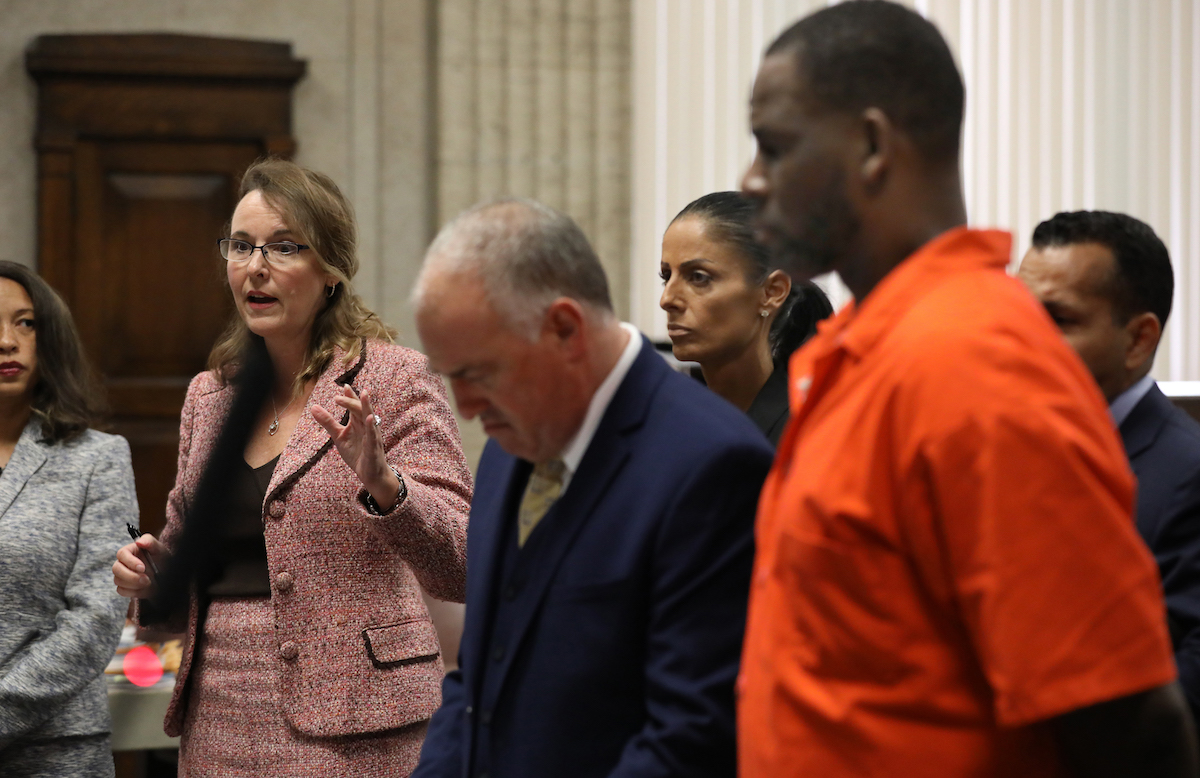 The trial was the first of at least three others in several states to go before a jury. Witnesses spoke of years of sexual, physical, emotional, and financial abuse over course of the trial allegedly suffered at the hands of the disgraced R&B singer. Jurors also heard testimony about Kelly’s illegal marriage to Aaliyah.

Kelly is hoping to appeal his racketeering and sex trafficking conviction. To help him, he’s hired Jennifer Bonjean. Bonjean is the same lawyer who helped to overturn Bill Cosby’s sexual assault case.

The Chicago Tribune reports that Bonjean appeared in the U.S. District Court in Brooklyn, where he was found guilty. Bonjean registered alongside Kelly’s current legal team. She’s made it known that she is looking to push for a new trial. Bonjean is set to present her case to the 2nd U.S. Circuit Court of Appeals.

On Sept. 27, the “I Believe I Can Fly” singer was found guilty on all nine counts he was on trial for, which includes one count of racketeering and eight counts of violating the Mann Act. Kelly was convicted of transporting minors across states. His sentencing hearing is scheduled for May 2022. He faces 10 years in prison to life.

Bonjean will now oversee having the conviction prepared for a new trial. The decision on whether or not a new trial will take place is Judge Ann Donnelly, who will approve or deny the request. Bonjean has “already asked for a two-month extension on post-trial motions.” The original deadline was for Nov. 1.

“I am becoming increasingly concerned with how the government is abusing the RICO statute in order to plead around the statute of limitations and essentially put people’s entire lives on trial,” she said in a statement. “It’s becoming a formula for the government. You have a right to defend yourself against specific allegations.”

How Bill Cosby’s case was overturned

Related: R. Kelly’s Legal Team Admits to His Relationship With Aaliyah as Part of Defense Strategy During Criminal Trial

Cosby’s alleged rape of Constant occurred in 2005. He served three years of his 10-year sentence before his release in July. Cosby’s legal team argued that he was unfairly prosecuted. They used the information noting that a previous judge promised Cosby that he wouldn’t be charged in connection to Constand’s accusations. But, Cosby was charged by another prosecutor. The prosecutor alleged that he wasn’t bound by the agreement set by the previous Judge and Cosby.

“Mr. Cosby should have never been prosecuted for these offenses. District attorneys can’t change it up simply because of their political motivation,” Bonjean previously told The Chicago Sun-Times in a report.

R. Kelly is set to go to trial for another case

Kelly is set to stand trial in August 2022. This case is centered around child pornography, as Kelly reportedly videotapes all of his sexual encounters, many of which are reported to be with minors.

The singer is going to trial with two alleged co-conspirators. Just as in his last trial, Kelly is pleading not guilty. He also faces similar cases and allegations in Georgia, Florida, and Missouri.

Sex Pistols manager: How Malcolm McLaren was the ‘arch-manipulator’ of punk rock