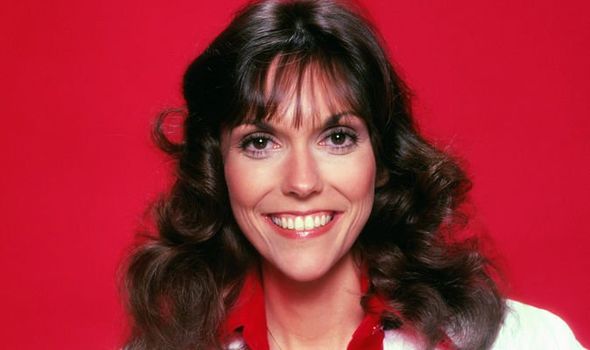 Yet speaking to Phil Ramone, a Grammy-winning producer famed for work with Paul Simon and Billy Joel, the girl next door couldn’t help but blurt out: “I hope you don’t mind if I curse. I still love our f*****g record.” Perhaps we can excuse such exuberance, this once. After all, that record could, and should in the eyes and ears of many of Karen’s fans, have set her free from the squeaky clean image she had propagated over the previous decade as one half of monstrously successful duo The Carpenters alongside her brother, Richard.

But the album, Karen’s first solo effort, and a radical departure from We’ve Only Just Begun, Top Of The World and Close To You, remained unreleased after being recorded ‑ despite it costing Karen several hundred thousand pounds to make.

Tragically, the day after her phone call to Ramone, on February 4, 1983, the drummer and singer would be dead, her body ravaged by anorexia at the age of just 32.

Yet the album, finally released years later, remains a tantalising glimpse of how Karen could have reinvented herself, at the height of the disco craze, as a smouldering diva of the dancefloor to rival Donna Summer or Gloria Gaynor.

An authorised new biography of the Carpenters, published with the full cooperation (and a foreword by) Richard Carpenter, is exhaustive when it comes to analysing the duo’s albums and singles.

But Karen’s solitary solo album is glossed over in just a few sentences.

The fascinating story of how this all-but-forgotten record came into being is due to another, darker side to the Carpenters’ long journey through the peaks and troughs of the 1970s music scene.

After almost a decade of releasing colossal smash hits, by the late 1970s both Karen and Richard were feeling the strain of constant touring and waning sales.

With Karen already dangerously thin (accounts from the time claim she weighed under six stones) and shows frequently being cancelled due to her fragile health, Richard was also in decline, slowly succumbing to Quaalude addiction.

Little mentioned today, Quaaludes were a prescription sedative used for the treatment of insomnia. Banned in the United States in 1983, they had, in the years previously, been used and abused by hundreds of thousands of people, peaking in the disco era, for the sense of sublime, deep relaxation the drug induced in users.

Becoming semi-comatose by the end of the decade, he only entered into rehab after falling down a flight of stairs backstage before a gig. Boarding a plane to Topeka, Kansas, on January 10, 1979, he checked into a clinic.

“It was six weeks in the facility which for the first several weeks seemed like hell on earth,” he recalls in the new book.

“Little by little, I found out I could sleep without any aid. Eventually I was happy and ‘decade colossal hits, healthy and I gained my weight back while I took the rest of the year off.”

Despite being in the early throes of anorexia nervosa, Karen continued to work whilst her brother was in recovery.

With their last album, Christmas Portrait, stalling at number 56 in the US charts and their previous, non-seasonal, album, Passage, faring no better, Karen wanted to create something different from the classic Carpenters sound.

Despite his addiction, Richard still roused himself sufficiently to voice concerns.

Determined not to make a solo album without her brother’s consent, Karen was forced to plead for months before Richard would agree.

According to Ray Coleman’s biography of Richard, he threw down just one rule: “Don’t do disco.”

It was an instruction Karen would flagrantly ignore.

Travelling to New York to record the album as the city was reaching peak disco fever, with the Studio 54 nightclub at its zenith of popularity, the resulting tracks were leaner and funkier than anything the Carpenters had recorded, and came complete with sexually liberated song titles like Making Love In The Afternoon and Love Makin’ Love To You.

Touchingly still dedicated to her recovering brother, “With all my heart” on the liner notes, the record dips into disco grooves and even some spiky, Blondie-esque New Wave licks with Karen’s distinctive melancholy caramel vocals sounding as crystal clear and sonorous as ever.

The work remains an extraordinary achievement for a woman who, until this point, had never attempted to create music on her own. “I said to her: ‘A lot of your fans aren’t teenagers anymore. Why don’t you grow up with them?'” producer Phil Ramone, who died in 2013, recalled in one interview.

Yet sadly the record would not see the light of day during Karen’s lifetime.

“While it was beautifully produced and performed, the general feeling was that most of the material just wasn’t right for Karen,” recalls Richard in the new biography.

“Beyond that, there was just not one track that had single potential.”

It’s difficult to see Richard’s point. The album is overtly commercial in scope and the riffs and melodies in tracks like the effortlessly lithe and pop-style Remember When Lovin’ Took The Night were seemingly tailor-made to be a chart smash in the era of the Bee Gees and so many other disco-tinted smooch fests.

New York execs at Karen’s record label approved the project ‑ however the Los Angeles based owners of A&M records refused to release the album.

“She was expecting them [the owners] to come up and hug her after every track,” Phil Ramone recalled. “But they just sat there.”

Having spent so much of her money on the album, Karen looked to her brother, now out of rehab, for support. Yet, according to numerous sources, Richard accused Karen of “stealing” the Carpenters sound and complained the songs were weak.

“Nobody is saying Richard had to like the record,” said Karen’s friend Frenda Franklin in an interview after the star’s death.

“But he could have supported her. When he didn’t, I think it forever put a division in her mind about him.”

The new, sexier-sounding Karen on the album also seems to have been met with disapproval by her parents who, according to Frenda, weren’t keen on the slightly more carnal nature of the lyrics when she played early demos to them.

This double rejection from her family before the record was even finished seems to have affected Karen greatly. At the second set of sessions for the album in New York, Ramone saw a radically weakened Karen, whom he described as an “Auschwitz-figure” of skeletal thinness.

With the chiefs of A&M refusing to budge, a whirlwind (and very short-lived) marriage to real estate agent Thomas Burris moving ahead, and her brother fit again and ready to record a new Carpenters album, Karen continued to record until the end of her life as part of the sibling duo.

Yet, as the phone call to Ramone just before she died attests, she always believed her solo work could have succeeded.

Richard finally agreed to release the album in 1996 on his sister’s behalf and it continues to showcase a side of Karen Carpenter utterly at odds with the lovelorn innocence of her most famous songs.

Four decades on from her tragic death, fans and critics alike continue to ponder on how differently we might view Karen Carpenter had she been allowed to free herself from the shackles of her homely image. “I’m not saying Karen was Ella Fitzgerald or Sarah Vaughan,” Phil Ramone recalled. “But a voice like that could have done anything…”

Carpenters: The Musical Legacy by Michael Cidoni Lennox and Chris May, with a foreword by Richard Carpenter (Princeton Press, £25) is out now

The Real Meaning Behind Taylor Swift’s ‘Don’t You’

How BTS (and Lizzo) Wished V a Happy Birthday This Year