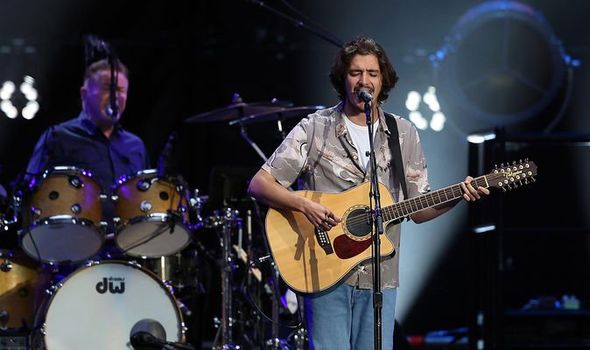 They brought their famous, laid back catalogue of peerless songs with them as they rolled out hit after hit in London Town tonight.

Wave upon sunny wave of vocal harmonies poured forth from the stage as new boy, and son of Glenn Frey, Deacon Frey took the lead vocal on ‘Takin’ It Easy’. With big shoes to fill, he made it sound so very easy on the ear; something which his father would have proudly agreed.

Drummer, singer and songwriter Don Henley sagely reflected from the stage: “we first played here 44 years ago supporting the Beach Boys in 1975. It’s been dinosaur week here at Wembley. Dinosaurs may be old but they leave big footprints. We’re going to play 2 1/2 hours of music here tonight because we can.”

And those 150 minutes flew by like a welcoming cool breeze, transporting the audience back to a golden period in music and, most likely, in their own lives, too.

Country Hall of Music Fame and former Pure Prairie League singer Vince Gill took over lead vocals on ‘Take It To The Limit’ and ‘Tequila Sunrise’. Both Gill and Deacon Frey joined the band in 2017 following the death of Deacon’s father Glenn. They both delivered faithfully on Frey’s songs tonight.

‘Witchy Woman’, with the horn section pumping out a bluesy riff, contained one of many bang on the nine inch nail spellbinding guitar solos from the irrepressible Joe Walsh.

Both Walsh and fellow guitarist Steuart Smith put on a masterclass of six string virtuosity. They thrilled playing, but not overplaying, killer guitar licks all night. Explosive slide and big riffing by Walsh was complimented by exquisite finger-licking country tinged playing by Smith.

Humorously cursing having written such a difficult song to play every night, Walsh stepped up to the plate to smash out ‘Life’s Been Good’. Ever the joker and the player, he appeared to beam in relief as much as glee as the song ended. 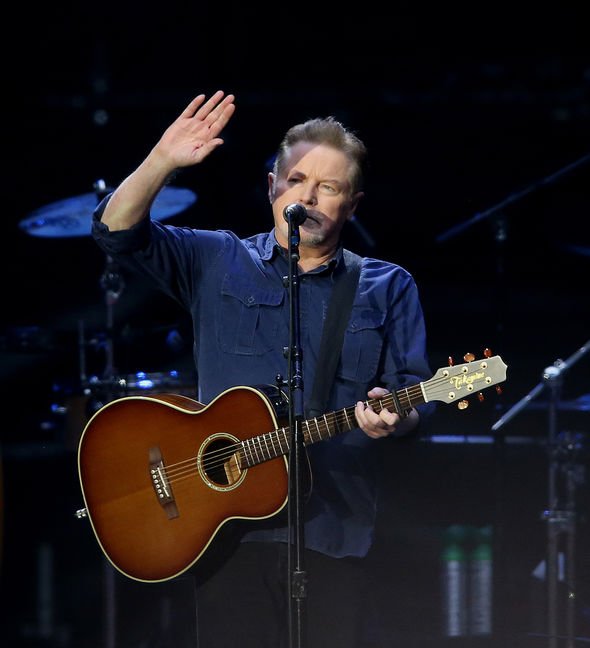 “I’m gonna sing one that my daddy sang” revealed Deacon Frey with his own mellow timbre on ‘Peaceful, Easy Feelin’. The poignant projection of Glen Frey on the huge screen rightly elicited huge applause from the four corners of the stadium.

Henley’s ‘The Boys Of Summer’ then brought a touch of the twilight zone to Wembley with its spooky ambience and delivery.

Then the moment arrived with that epic song from the album that shot The Eagles’ career into the stratosphere.

Henley singing from behind his drums was matched by the legendary lead guitar face off between Joe Walsh and Steuart Smith. They stabbed out the duelling steely lead guitar lines as this mighty beast of a band then checked out from the stage as the punters hesitated to leave. 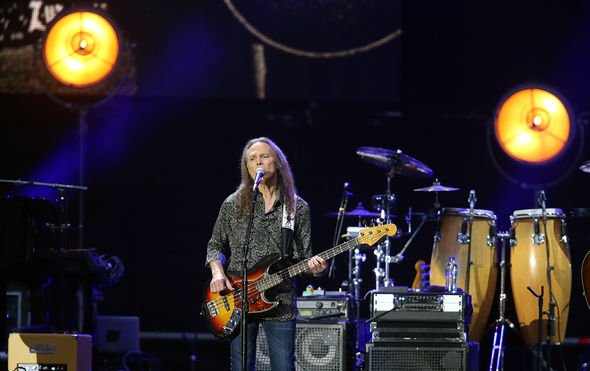 Which was just as well as, returning to the stage, Walsh blasted out the mighty riff to ‘Rocky Mountain Way’.

Closing this evening’s beautiful run of west coast classics, The Eagles first number one ‘The Best Of My Love’ purred around this stadium as the singalong audience made their own giant footprints to the exits.

It was unquestionably one of those crazy nights of music to remember!