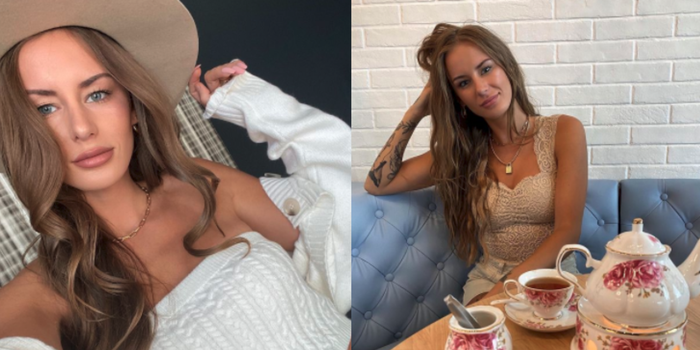 Stacey Robinault, the mother of late Houston-based influencer Alexis Sharkey, says that she wasn't aware of any marital problems her daughter and son-in-law might have been having, Fox News reported. Sharkey's relationship with her husband, Tom Sharkey, has come into question in the days following her death.

"There's been all sorts of talk about problems," Stacey Robinault told Fox News. "She never shared those with me. Doesn't mean she did or didn't have them."

Sharkey, 26, was a lifestyle Instagram influencer with approximately 20,000 followers prior to death (her account now has over 70,000 followers). Sharkey's body was discovered naked on the side of the road by a sanitation worker employed by the City of Houston Solid Waste on November 28. Her body had no visible injuries, and the Houston Police Department is awaiting the results of an autopsy to open an investigation into Sharkey's death. Sharkey's mother told Insider that she believes that her daughter was murdered.

Tom Sharkey told ABC 13, a local ABC affiliate, that he and Alexis had a happy marriage and weren't filing for divorce. He also said that he was receiving death threats tied to speculation that he had something to do with Alexis' death.

Sharkey's mother, Stacey Robinault, told Fox News that "whenever [Alexis and Tom] were with us, be it at home or wherever, we had a great deal of fun with them… and we enjoyed being with them."

She previously told Insider that it was "excruciating" waiting for answers in Sharkey's death.

Katy Perry on Lookalike Zooey Deschanel’s Support During Her Maternity Leave: ‘She Showed Up for Me’