Audrey Hepburn may be best known for her iconic style and timeless Hollywood roles, but a new documentary, Audrey—available now on demand—explores the deeper, less familiar sides of the silver screen legend. Featuring interviews from Hepburn’s son Sean Hepburn Ferrer, her close friends, and her 26-year-old granddaughter, Emma Ferrer, the film paints the late star in an intimate light. Director Helena Coan “really wanted to sort of deconstruct this myth of who [Audrey Hepburn] was,” Ferrer tells BAZAAR.com over the phone from Italy. In doing so, the film reveals former unknowns, like the beloved star’s insecurities, likely stemming from the struggle she and her mother faced after being abandoned by her father, and exacerbated by living in the spotlight. “She really had this sort of deep desire for love, and that’s what she was chasing,” Ferrer says.

Though Ferrer never got the chance to meet her iconic grandmother, she was eager to be involved in the Audrey documentary given her admiration for Coan’s talent and trust in her vision. “I know that Audrey went through a lot during World War II and that there was an immense amount of pain within her family and in the war, and all of the struggles with her father and whatnot, but to really understand how all of those aspects came together and formed this identity of a person, that is sort of like the new lens through which to see her,” she says. 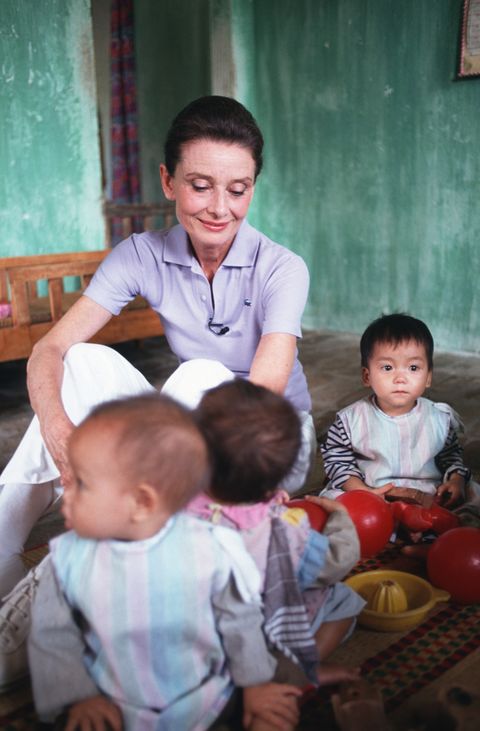 This new lens also affects how Ferrer views her grandmother’s iconic style. Though one might expect her favorite looks to come from one of the star’s many movies, she’s actually partial to her grandmother’s UNICEF years, when Hepburn wore casual ’90s attire on her humanitarian trips to countries like Ethiopia, Venezuela, and Guatemala. “When she went out into these developing countries, she was, like, in jeans and a polo shirt,” Ferrer says. “And I really think that we can appreciate how rare it was for a celebrity of her magnitude to be seen in such a casual way.”

Here, Ferrer discusses her ongoing journey of understanding her grandmother’s legacy and why she thinks Audrey Hepburn is still relatable to women today.

What is it like watching this project pay homage to your grandmother’s legacy, and seeing her life laid out in that way?

It’s really a valuable piece, because there happened to be a lot of female and female-identifying people who are really huge fans of Audrey. And I think that some of the topics and the concepts put forward in the film are so sort of universally relatable, too, particularly to women and those who identify as women. There’s a really sort of intrinsic aspect about the experience of a woman that I witnessed in the film. What it means for her father to leave at such a young age and the way that she kind of tries to fill this role later on with men throughout her life and a series of failed relationships and what it means to have a failed pregnancy and miscarriage. These are things that now are entering more into the public realm and into the conversation right now. But at the time, definitely weren’t. So I think that they’re just really relatable. 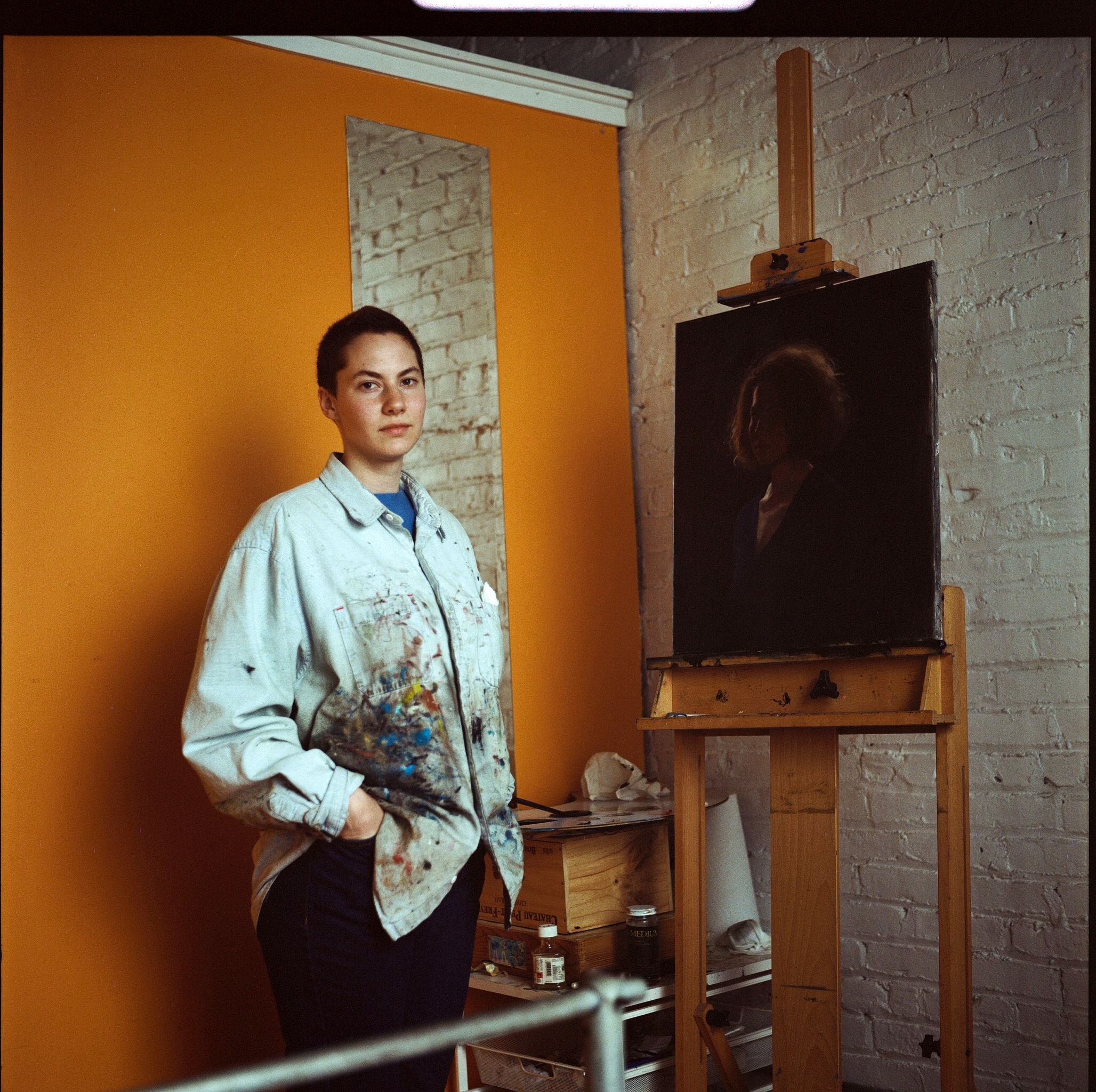 One thing that really stood out to me in the documentary was how Audrey felt the pressure to appear perfect. She feared how the public would perceive her. Was it painful to see that she couldn’t really open up about it at the time?

You know, one thing I’ve learned about my grandmother is that she was an incredibly private person. So I wonder, even in today’s society, whether she would have been open to really talk about certain things that she was going through. I’m not sure that that would really change. One of the things my dad always says is, “No one has ever really said anything bad about Audrey Hepburn.” But I think that’s because she really kind of curated her image in a very particular way. The Audrey that we know and that we see on-screen and the photographs, they were all sort of planned and everything had to be very carefully crafted, in terms of the image that she put forward to the world.

I think she was open to discussing certain struggles, especially if she felt like they would benefit other women. I do ultimately believe that she did feel that way. But that said, I still believe that it’s kind of a dichotomy. She was very private at the same time.

You never knew your grandmother in person. Was there a moment when you realized she was one of the biggest stars on the planet?

Growing up, there were these two things going on at the same time: There was the way that I got to know her, that everyone else got to know her—which was through her movies and the iconography of her and photos—and then there’s this way that I’ve gotten to know her really uniquely which is through my father. Understanding her more and more is still a work in progress today. I think now I’ve understood the level of fame, which even that took me a long time. But now, I’m working on understanding the different ways that she’s influenced people’s lives and how this myth that she encompasses speaks to different people. How everyone gets this very highly unique and individualized lesson from her.

To me, the most interesting aspect of it is seeing the different ways that my dad’s perception of her has changed over the years. Hearing him from when I was a little girl, doing all these interviews, and then being invited to take part in the interviews myself with him and just witnessing all these different concepts that he has about her and how those have changed over the years. And I think that that has given me the most intimate kind of access to her, because it’s really the perception of a child onto his mother, which is a very intimate thing. 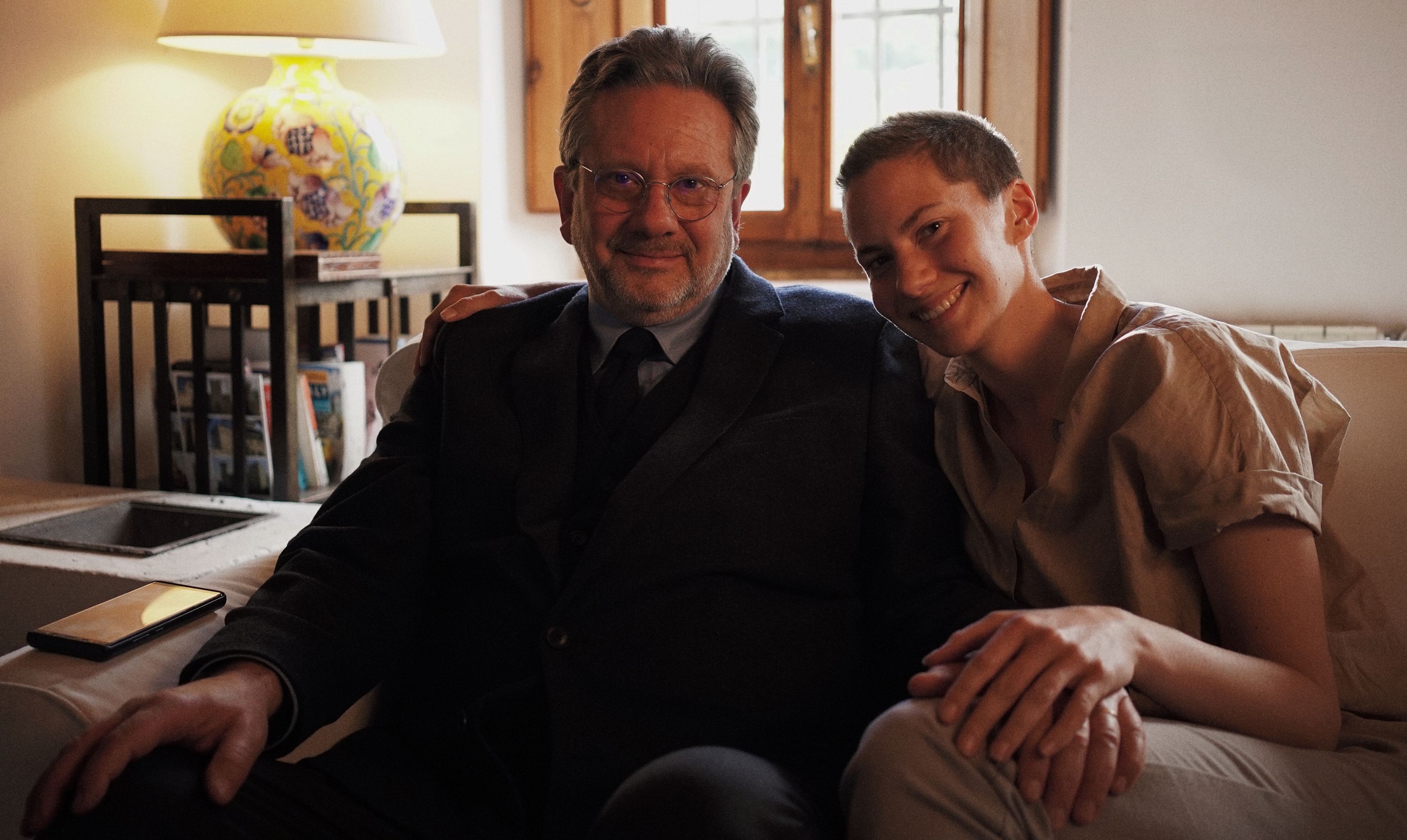 In a 2014 issue of Harper’s BAZAAR, you were quoted as saying, “Sometimes when I was younger, I felt confused toward what having a grandmother like her could mean in my life, but now I’m understanding.” What has that process been like for you, and where are you now in that understanding?

It still is really always changing. I’m still trying to understand what is it about her legacy that’s timeless and what it is that she says that people can relate to. I’m not really sure if I formulated a good enough answer yet to really say, but I think that quote still kind of rings true to me. I kind of forgot about that, but, yeah, I’m still always understanding it in new ways. And I hope that that’s going to be the case forever, because as I grow older, I learn more about her and more about the world, and as a consequence, more about what she means to the world. And that’s just an interesting thing that I hope never stops happening.

What do you hope viewers take from this documentary, whether they’ve been long-term fans or if they’re just diving into Audrey’s life by watching the film?

I really think that the message to take away from this is Audrey took pain and turned it into something really revolutionary. A lot of other people in her situation would have kind of just tried to numb that pain.

She really used the empathy that derived from that pain to turn around. She had the opportunity to make a big difference, because she was a big person, she was a big figure. But I still think that the impetus of using that empathy to really make a difference was so revolutionary for her time. And it’s such a kind of blasé thing to say right now, but there really is the potential to do so much with pain and through pain. A lot of people have already reached out since they’ve seen the film to say that it was just what they needed to see, because maybe they’re just struggling from feelings of being really insecure and they relate to her because of that, or whatever it is, it speaks to them.

This interview has been edited and condensed for clarity.

Watch an exclusive clip of the Audrey documentary above.

We may never resolve our conflicted feelings about Michael Jackson